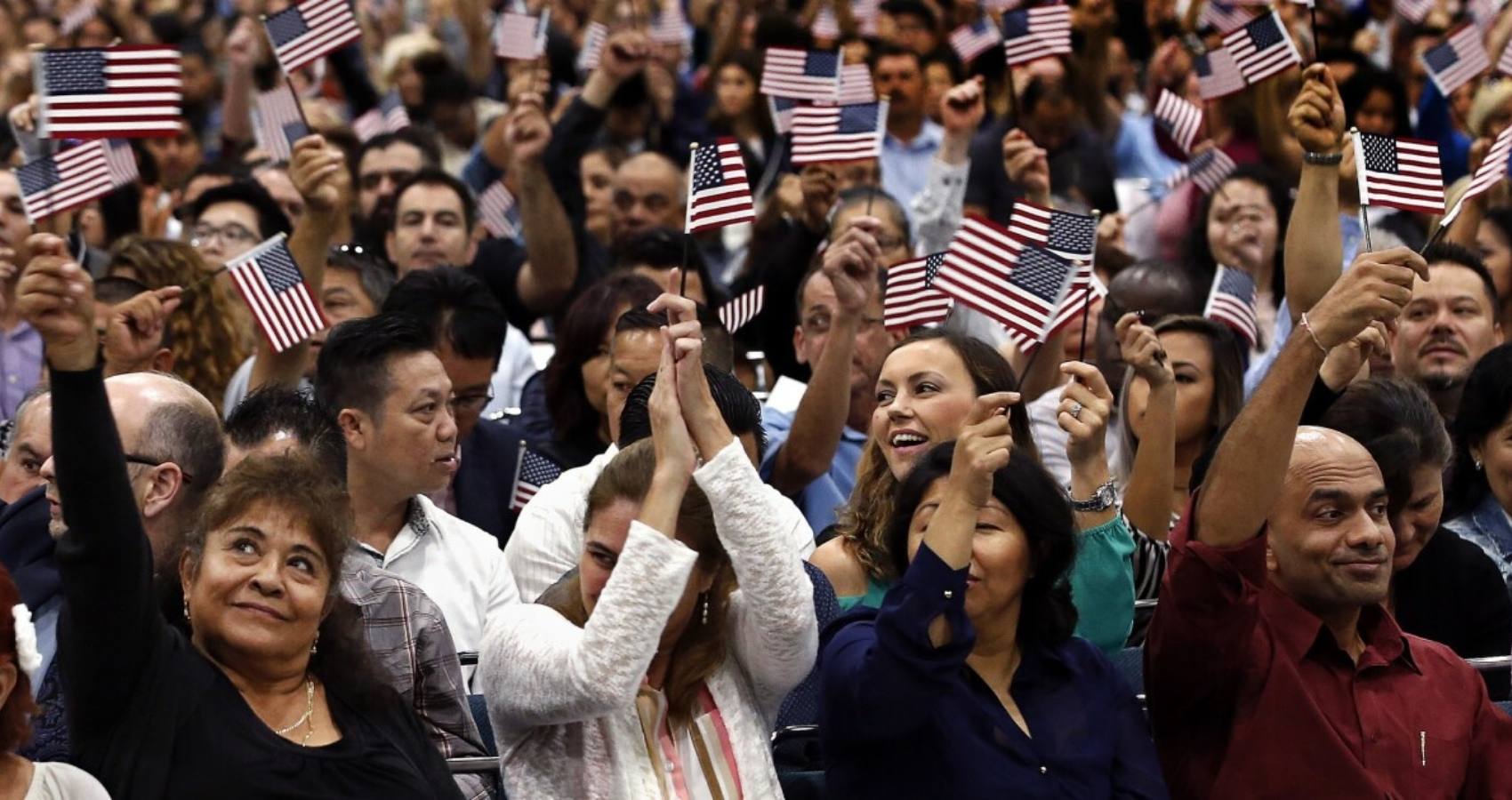 The United States has welcomed 661,500 new citizens in the first half of the year 2022, with India as the second largest country of birth for naturalized American citizens. Mexico came first in the list of countries from where people naturalized in the year 2020, accounting for 13 percent of all cases, followed by India at 7.7 percent, the Philippines (5.3 percent), Cuba (5.0 percent), and China (4.2 per cent).

Throughout our nation’s history, the promise of both life and liberty, and the freedom to pursue happiness, is what has drawn millions from across the globe to call America their home,” US Citizenship and Immigration Services (USCIS) Director M Jaddou said on Friday, last week.

The US federal government’s fiscal year runs from October 1 to September 30.

“At the USCIS, our belief in the promise of America is renewed daily as we work to welcome immigrants as our fellow citizens, said Jaddou, adding “our country will be stronger and more diverse because of the choice they have made.

Awarded by the Center of Pluralism for his “outstanding work [for] standing up for the religious freedom for people other than his own fellow religionists,” Sahi received a certificate of appreciation at the hands of Ambassador Brownback on the sidelines of the International Religious Freedom Summit that concluded here last week. 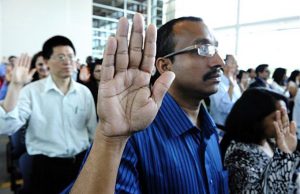 Commending Sahi, a Hindu, for working to secure the civil and political rights of India’s marginalized communities and social and religious minorities, Ambassador Brownback said it was important for people from dominant countries to stand up for minorities.

“In a democracy, in particular, you’ve got to stand up for the minorities and say that you can’t treat them that way,” Brownback said after presenting the award to Sahi. “Else, you can’t have a pluralistic society.”

Sahi is a 35-year veteran of journalism and human rights activism. Based in Washington, DC, he is the Advocacy Director with Indian American Muslim Council, the largest civil rights organization of the Indian Muslim diaspora anywhere in the world.

“It is an honor to receive this award from Ambassador Brownback,” Sahi said. “This award is more a recognition of the brave human rights defenders, Muslims, Christians, Dalits and adivasis of India who are being brutally repressed and persecuted by Prime Minister Narendra Modi’s Hindu nationalist government.”

Sahi slammed the Modi Administration for its relentless assault on Constitutional and democratic values, as reflected in the arrests of countless Muslims and Christians and the demolitions of Muslim homes, businesses and mosques; the lynchings of Muslims; the ban on the wearing of hijab by Muslims girls in Karnataka; among others. Sahi also criticized the police and the courts across India for failing to deliver justice to the victims and siding with the perpetrators that belong to Modi’s Bharatiya Janata Party (BJP).

Mike Ghouse, President, Center for Pluralism, said Sahi was chosen for this year’s award for his courageous pursuit of justice for people of all faiths in India. “As a Hindu, Sahi has been at the forefront of the Indian American community that is fighting hard to preserve the pluralist and democratic values in India,” Ghouse said.

The award was also given to Greg Mitchell, Chair of the International Religious Freedom Roundtable, the world’s largest advocacy collective on this issue; Walter Ruby, President, Jews and Muslims Allies Acting Together; and Maqsood Choudhary, Founder, Maclean Islamic Center in appreciation of their contribution to enhancing pluralism by pursuing human rights of people belonging to faiths other than their own.

Sahi is a recipient of the Voice of Courage Award from the Muslim Public Affairs Council and the Swami Agnivesh Award from Hindus for Human Rights.