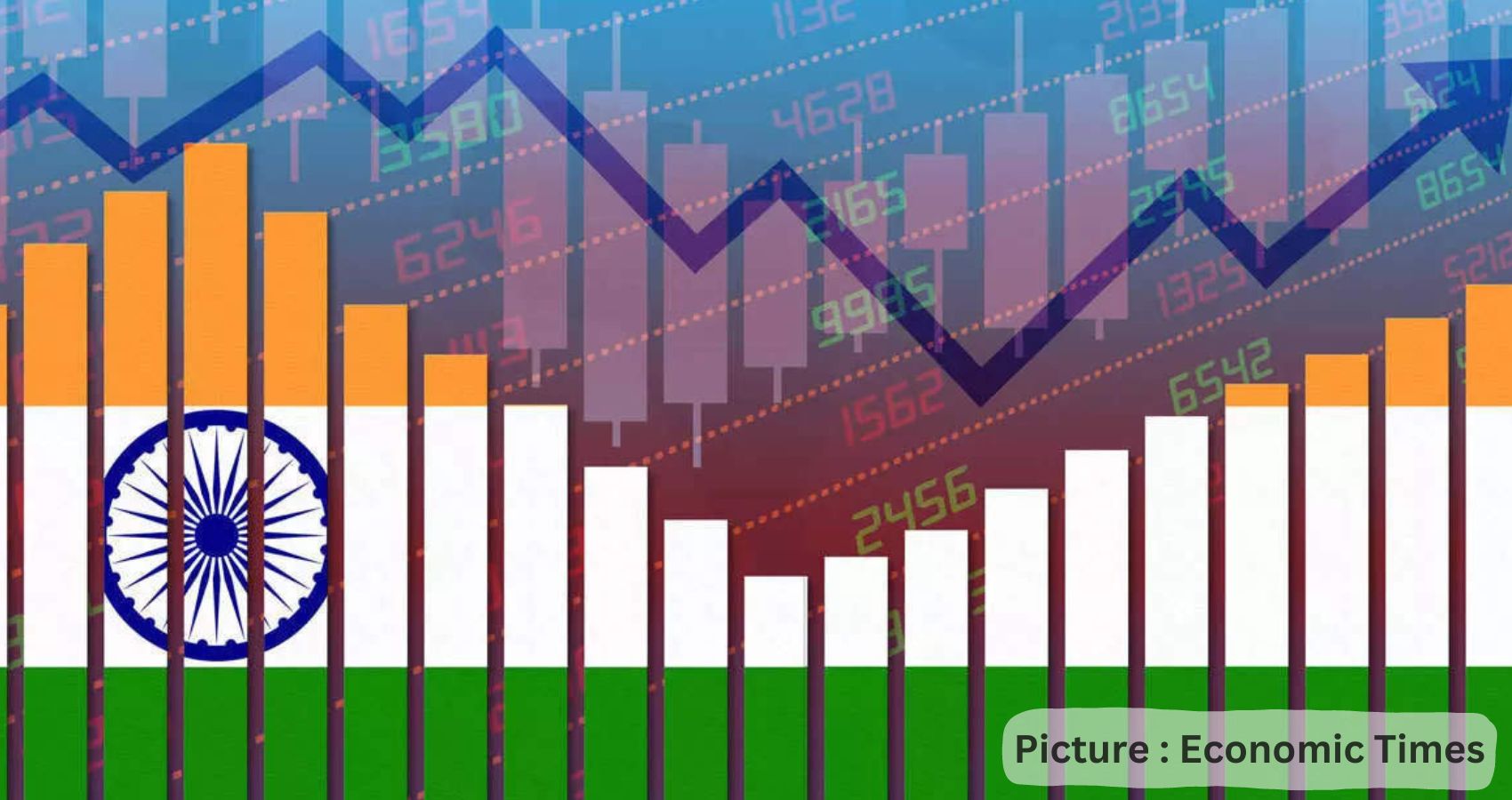 India has one of the most promising economies globally. India has surpassed Britain to become the world’s fifth largest economy. The manufacturing MSME- start-up ecosystem has boosted the economy and created new job opportunities.

As a result of these efforts, the Indian economy has recovered from the negative effects of Covid, and the country is on its way to becoming the world’s third and $5 trillion economy.

The good news is that the eight key industries that drive the country’s economy — coal, crude oil, natural gas, petroleum refinery products, fertilisers, steel, cement, and electricity — have grown by 4.5 per cent.

This simply means that the Indian economy has returned to normalcy and is progressing.

India has the big goal of becoming developed and self-reliant by 2047, when the country attains its 100th independence day.

The Indian economy has recovered from the pandemic and is back on track. In the first quarter of the current fiscal year, GDP increased by 13.5 per cent (April-June).

Simultaneously, the common index of eight core industries, which contribute significantly to the country’s economy, has increased by 4.5 per cent since July 2021.

The final growth rate of the eight core industries was revised to 9.5 per cent in April 2022, up from 8.4 per cent previously.

These latest figures show that the Indian economy has recovered from the pandemic’s negative effects.

The country is now rapidly moving towards becoming self-reliant.

India has surpassed Germany to become the world’s fourth largest automobile market. In 2021, India sold 37.6 lakh vehicles, while Germany sold 29.7 lakh vehicles. August is the fifth month in a row that more than 3 lakh cars have been sold in India.

In the global market, Indian products are now emerging as the first choice. India is the world’s leading exporter of electronics, petroleum, and engineering goods.

Exports of these products increased by 17 per cent this year compared to the same period in 2021 (April-August).

The Indian government recognised an important fact when Covid first appeared — the economic impact of this epidemic differed from the effect of the previous epidemic because the Covid epidemic was designed to have a negative impact on demand.

As a result, there was concern that the pandemic would have long-term economic consequences for the country.

However, the government’s tight machinery was in place to ensure that such a situation did not last long.

As a result, a number of reform initiatives were launched. Labour reforms, agricultural reforms, changing the definition of a micro, small, and medium-sized enterprise, and implementing the production-linked incentive scheme were among them.

These reforms attempted to formalise the country’s economy to a large extent.

The identification of shell units, the Insolvency and Bankruptcy Code and the goods and services tax were all critical steps in bringing the economy under a set of rules and regulations.

The benefit of this was that there was an attempt to shape the economy in terms of shape, type, and behavior. Simultaneously, a focus on job creating industries was sought.

The government had a clear vision that the country needed to address not only the immediate challenges but also ensure the recovery of economy and infrastructure development, both of which are critical to achieving the objectives.

The new generation of the country is now taking the risk of innovation, learning from mistakes, and getting involved with new energy.

It is the charisma of the growing youth power that drives the small scale industry, that is, India’s MSME and start-up ecosystem is growing at the fastest rate in the world. (IANS)