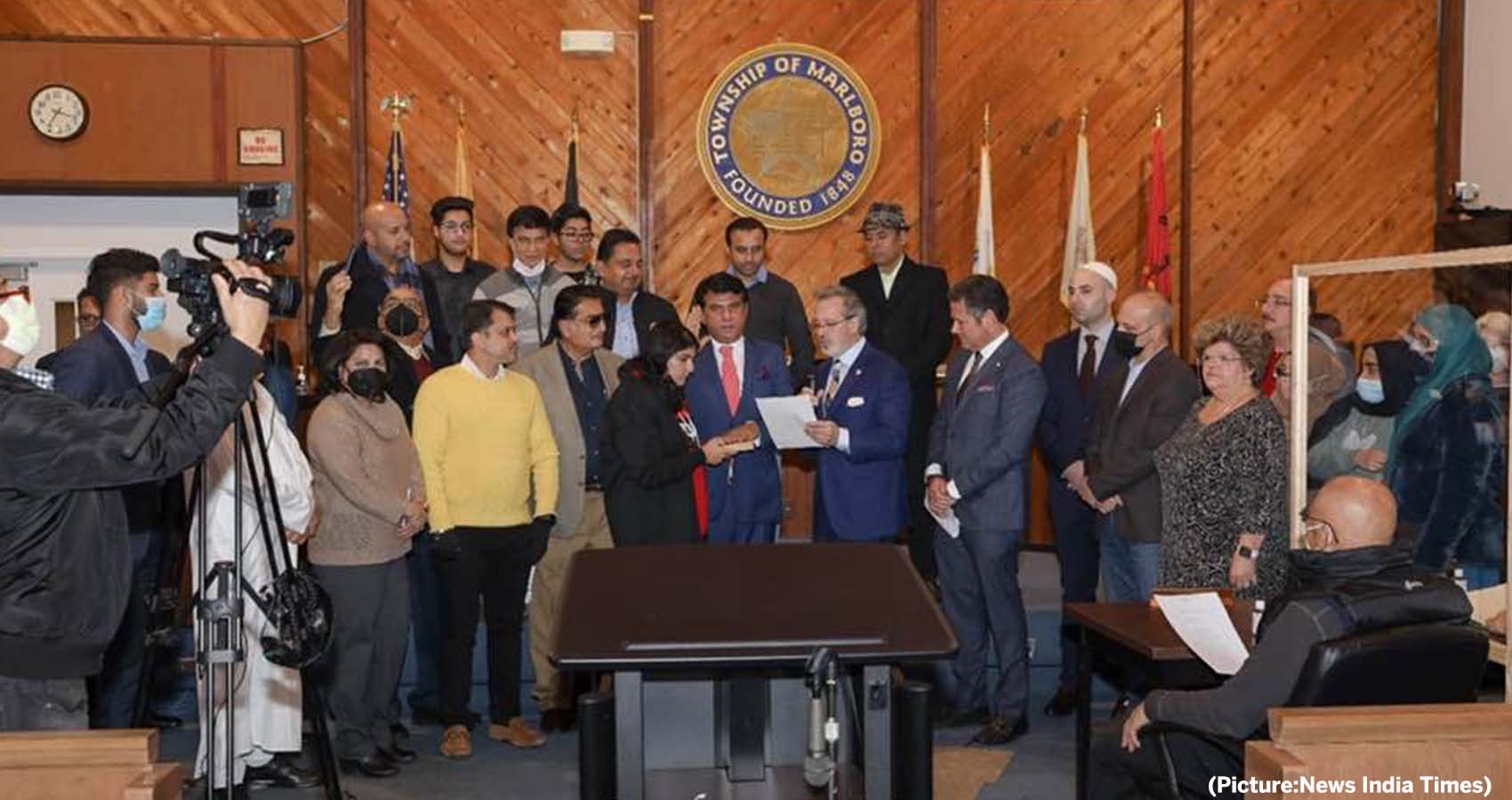 Indian American Juned Qazi made history when he was elected to the Marlboro Township Council, N.J., last November. And he made it again when he was voted in as President of the Council Jan. 6, 2022.

He now oversees the proceedings of a Republican majority town council after nearly two decades of Democratic government.

“The key point is this  – I am the first Indian-American elected on a Republican ticket. The Republican Party has given tickets to many Indians, but this was the first victory in New Jersey,” Qazi contended.

Founder and president of a construction company since 2004, Qazi is one of three Republicans who displaced incumbent Democrats and now will be in the Council for a four-year term ending 2025.

Originally from Madhya Pradesh, Qazi went to St. Francis High School, Bhopal, he told Desi Talk. Always keen to be in politics, Qazi served as president of Indian National Overseas Congress (I) in 2014, and even dabbled in Indian politics back in the homeland, throwing his hat in for a seat during elections.

In the U.S., where he became a citizen two years ago, Qazi has been engaged with the diaspora community for decades, during which, he says he has helped bring people together. Today, he estimates 12 percent of population in Marlboro Township is of Asian origin.

“I am thankful to the people who have faith in our leadership and voted for us,” Qazi told Desi Talk. The other two Republicans who won along with Qazi are Antoinette DiNuzzo and Michael Milman. But it was not an easy race to defeat the long time Democratic incumbents Jeff Cantor, Scott Metzger and Carol Mazzola last November.

“It was very hard to break the hold of the incumbents because they had been in power for 17 years,” Qazi said. “I walked door-to-door, even during Covid, to bring people to our side. People wanted to see change and they voted for that. We plan to make the changes,” Qazi said.

He also credited the Chairman of the Marlboro Republican Party John Gibardi, for leading a “great campaign.”

Centraljersey.com reported the swearing in took place during the  Marlboro’s government’s 2022 reorganization meeting Jan. 6, in the municipal building.

After the swearing in ceremony, the five council members, three Republicans and two Democrats, chose Qazi to lead them as President for 2022, in a unanimous vote.

Democratic Mayor Jon Hornik is quoted saying in Centraljersey.com, “We welcome the three new council members. I wish you nothing but the best of luck. This is the hardest time ever to become a public official … there is a lot going on that is beyond our control.”

Qazi told Desi Talk, “We form a great team and we will work for the Township regardless of party affiliation.”