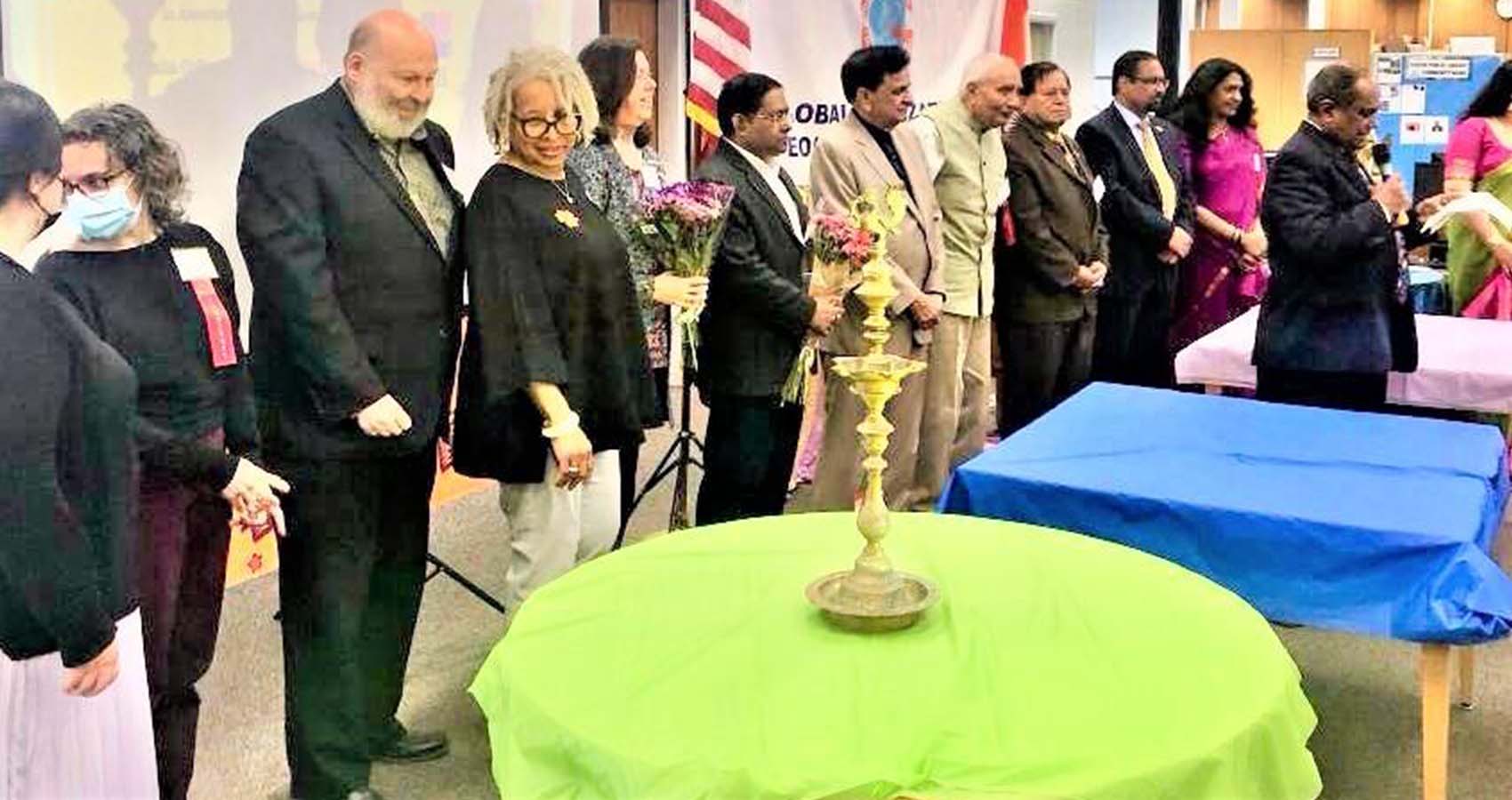 The Edison Library in partnership with the Indian Consulate and Global Organization of People of Indian origin Edison NJ Chapter (GOPIO-Edison) hosted the “India Collection Launch” event to donate a large collection of Indian books to be made available thru the Public Libraries in the Middlesex County. There were more than 200 books donated during the initiative to the Library by the organizers and many supporting Organizations like Gujarati Literary Academy of North America, Gandhian Society, Indo American Cultural Society of USA, Assam Sahitya Sabha and Zakir Husain Circle. The grand sponsor of the program was Sabinsa Corporation, a food supplement company located in East Windsor with operations in India. 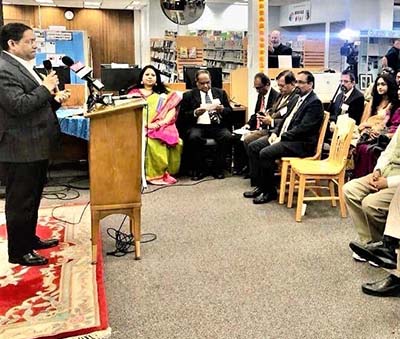 The Indian Consul General Randhir Kumar Jaiswal was the chief guest along with Consul for Community Affairs A.K. Vijayakrishnan. Many prominent Indian American community leaders, elected council members from Edison and nearby cities, media and a large number of community leaders and Indian American residents from Edison and nearby towns attended the event to show their support to this initiative by GOPIO-Edison.

After a prayer song by GOPIO-Edison President Pallavi Belwariar, a moment of silence was observed for the victims of Russia’s war in Ukraine and for the passing away of GOPIO-Life Member and community leader Yash Paul Soi early this month.

Library Director Allan Kleiman said he was very excited by this collection and told that these books can be issued to anyone in the Middlesex County. He then introduced Library President Patricia Massey who welcomed availability of classic India related books and Indian language books from the library.

GOPIO International Chairman Dr. Thomas Abraham who initiated this effort told the audience that Indian Americans have done extremely well professionally, politically and financially, and that community should do more for the larger society. In this regards, GOPIO-CT chapter successfully launched India Collection of books at the Norwalk, CT and Stamford, CT libraries.

“Edison and nearby towns in New Jersey have one of the largest concentration of Indian Americans and to serve our community members as well as to make a better understanding of India to the local population, GOPIO has joined hands with Govt. of India through its Consulate in New York to launch India Collection of Books at Edison Public Library with several hundreds of books including several classics and Indian language books in Hindi, Urdu, Gujarati, Assamese and other languages,” Said Dr. Abraham. 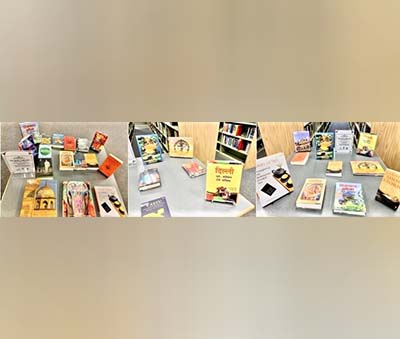 Speaking on the occasion, Consul General Randhir Jaiswal spoke on the vibrant library system in America that helps spread knowledge and make it a developed country. He said that American Indian partnership is crucial for world peace and security and lauded the efforts of Diaspora in getting this initiative to Edison. He said that the libraries in USA are the best in the world and making the Indian Books available thru this system will help Diaspora with the availability of rare Indian books.

GOPIO Vice President Ram Gadhvi, who is also chairman of the Gujarati Literary Academy, contributed over 60 Gujarati books in this initiative said that the libraries would not be outdated in spite of digitalization and that many new Indian immigrants feel comfortable reading a hard copy of the book.

the Newly reorganized GOPIO-Edison President Pallavi Belwariar spoke on chapter’s plans to organize many community service programs in Edison and nearby areas including supporting and volunteering at soup kitchens, youth programs and welcoming new Indian students to join the nearby Rutgers University.

One of the main Organizer of the event, Pradeep “Peter” Kothari, a veteran community leader who had organized the Oak Tree Indian businesses and serve as the Founder and President of Indo American Cultural society of USA, recognized the work by many Indian American leaders and thanked the town council members for attending. He said someone should write a book on how the community evolved over the period of 35 years and said he was happy to see the community at a comfort zone at present. Kothari then introduced members of Edison Council and nearby towns.

Edison Town Council Vice President Joyce Ship-Freeman complimented the Indian Consulate, GOPIO-Edison and the library for this new initiative. Retired as a literary coach, Councilwoman Ship-Freeman has said that library is her second home and that books are still an important medium of knowledge.

Dr. Sudhir Parikh, a recipient of Govt. of India’s Padma Shri award, recognized the legends of the community. He said that education is the best charitable activity that one can give to anyone. He also said that he ensured that his newspaper is distributed across all libraries in NJ.

Federation of Indian Association President Kenny Desai said that there was nothing more pious than knowledge. He lauded the community on the initiative to donate a huge collection of books and make them available to the Public in Edison and East Coast.

The ceremony was followed by a Holi celebration with a musical program by singer Pallavi Belwariar and Yogesh who entertained the audience with Holi themed Hindi songs.

GOPIO-Edison team member Chitranjan Sahai Belwariar gave vote of thanks and thanked Council General, councilman and all dignitaries who attended. He thanked the Edison library staff for helping support this great initiative. He also thanked the media and sponsors for the event. The program was concluded by Library’s Assistant Director Debra Sarr and invited everyone for a networking dinner.

Consulate provided 140 books while the community organizations including GOPIO, Gujarati Literary Academy, TV Asia, Assam Sahitya Sabha and Zakir Husain Circle donated 110 books. It was a full house of about 120 people attending the event. The registrations were closed a day earlier due to limitation of space.

GOPIO is collecting old Indian classic books and contemporary books in all Indian languages from the community to donate to other libraries. Those who want to donate may contact GOPIO at 203-329-8010 or send an e-mail to [email protected]