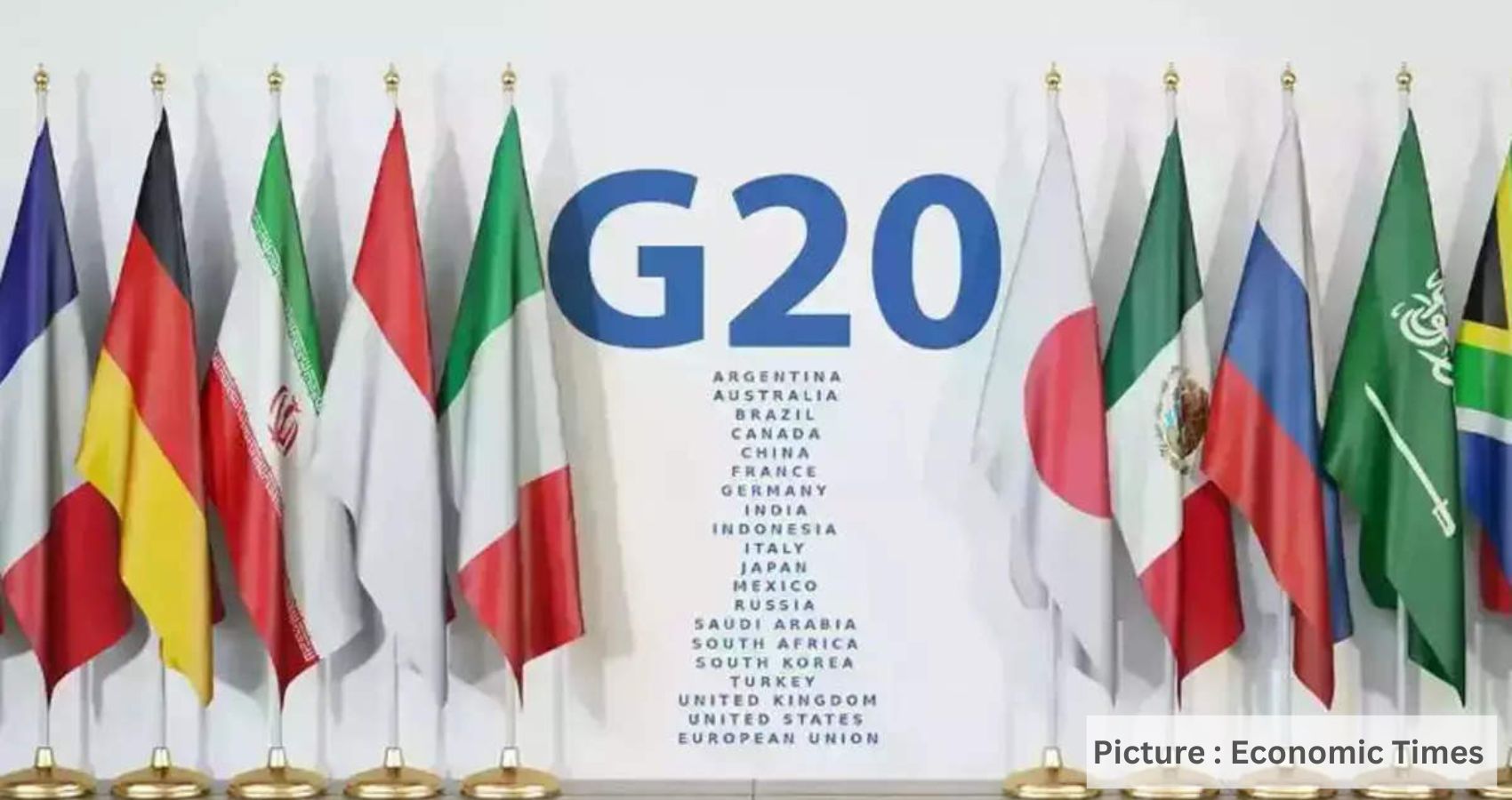 Signaling the emergence of India as a significant player on the global scene, India will officially assume the Presidency of the G20 (Group of 20) countries, one of the most consequential amongst current-day multilateral bodies, on December 1st, 2022 at the conclusion of the Indonesian presidency.

Releasing the logo, theme, and website of India’s G20 Presidency, India’s Prime Minister Narendra Modi said on November 8th, 2022, “India’s G20 presidency is coming at a time of crisis and chaos in the world. The world is going through the after-effects of a disruptive once-in-a-century pandemic, conflicts, and a lot of economic uncertainty.’’

The current G20 Summit is being organized in Bali, Indonesia from November 15-16, 2022. Heads of states from the world’s largest economies are attending – although Russian President Vladimir Putin has decided not to attend in-person. With unstable global political conditions due to the COVID-19 pandemic, the war in Ukraine, energy issues, as well as global economic downturn, this is believed to be the most challenging G20 summit yet.

President Joe Biden is confronting competing issues at home and abroad while he’s at the Group of 20 Summit in Bali this week, using the moment on the world’s stage to lean into international support for condemning Russia’s aggression.

The G20 was upgraded to the Summit level from the finance ministers and presidents of central banks, and became the main instrument to face the global financial crisis of 2007-’08 and beyond.

The G20 is an international forum that includes 19 of the world’s largest economies including both industrialized and developing nations, and the European Union. Its core mandate is to address the major challenges related to the global economy and financial architecture such as international financial stability, climate change mitigation, and sustainable development among others. It seeks to evolve public policies to resolve them.

Together, the G20 members represent 85% of the global gross product; 75% of international trade; two-thirds of the world population; 80% of global investments in research and development, and 60% of the world land area.

Because the G-20 is a forum, its agreements or decisions are not legally binding but they do influence countries’ policies and spur global cooperation. The G20 is small and cohesive enough to allow concrete in-person discussions to find solutions to the new challenges on the international economic and financial agenda, and is broad and inclusive enough to represent the vast majority of world economic production.

While economic and financial issues tend to lead the agenda, other areas have gained prominence in recent years. New additions include participation of women in the labour market, sustainable development, global health, fight against terrorism and inclusive ventures, among others.

The group’s stature has risen significantly during the past decade. It is, however, also criticized for its limited membership, lack of enforcement powers, and for the alleged undermining of existing international institutions. Summits are often met with protests, particularly by anti-globalization groups.

The G20 seeks to enrich the content of its dialogues by encouraging the participation of civil society through affinity groups. Each of them focuses on an issue of global importance and meets independently throughout the year. From the dialogue in the various meetings, each group delivers a series of recommendations to the G20. Currently, the affinity groups comprise of: Business 20 (B20), Civil 20 (C20), Labour 20 (L20), Science 20 (S20), Think 20 (T20), Women 20 (W20), Youth 20 (Y20).

Modi, Biden review India-U.S. ties during their meeting in Bali

Prime Minister Narendra Modi and US President Joe Biden on Tuesday reviewed the state of India-US strategic partnership including in sectors like critical and emerging technologies and artificial intelligence.

The two leaders also discussed topical global and regional developments in their meeting that took place on the margins of the G-20 summit in this Indonesian city, the Ministry of External Affairs (MEA) said. It is understood that the Ukraine conflict and its implications figured in the discussions.

The MEA said the two leaders expressed satisfaction about close cooperation between India and US in new groupings such as Quad and I2U2.

“They reviewed the continuing deepening of the India – US strategic partnership including cooperation in future oriented sectors like critical and emerging technologies, advanced computing, artificial intelligence, etc,” it said in a statement.

“PM Modi thanked President Biden for his constant support for strengthening the India-US partnership. He expressed confidence that both countries would continue to maintain close coordination during India’s G-20 Presidency,” it said.

While the Quad comprises India, the US, Australia and Japan, the members of the I2U2 are the US, the United Arab Emirates and Israel.

The prime minister is attending the summit at the invitation of Indonesian President Joko Widodo. Indonesia is the current chair of the G-20.