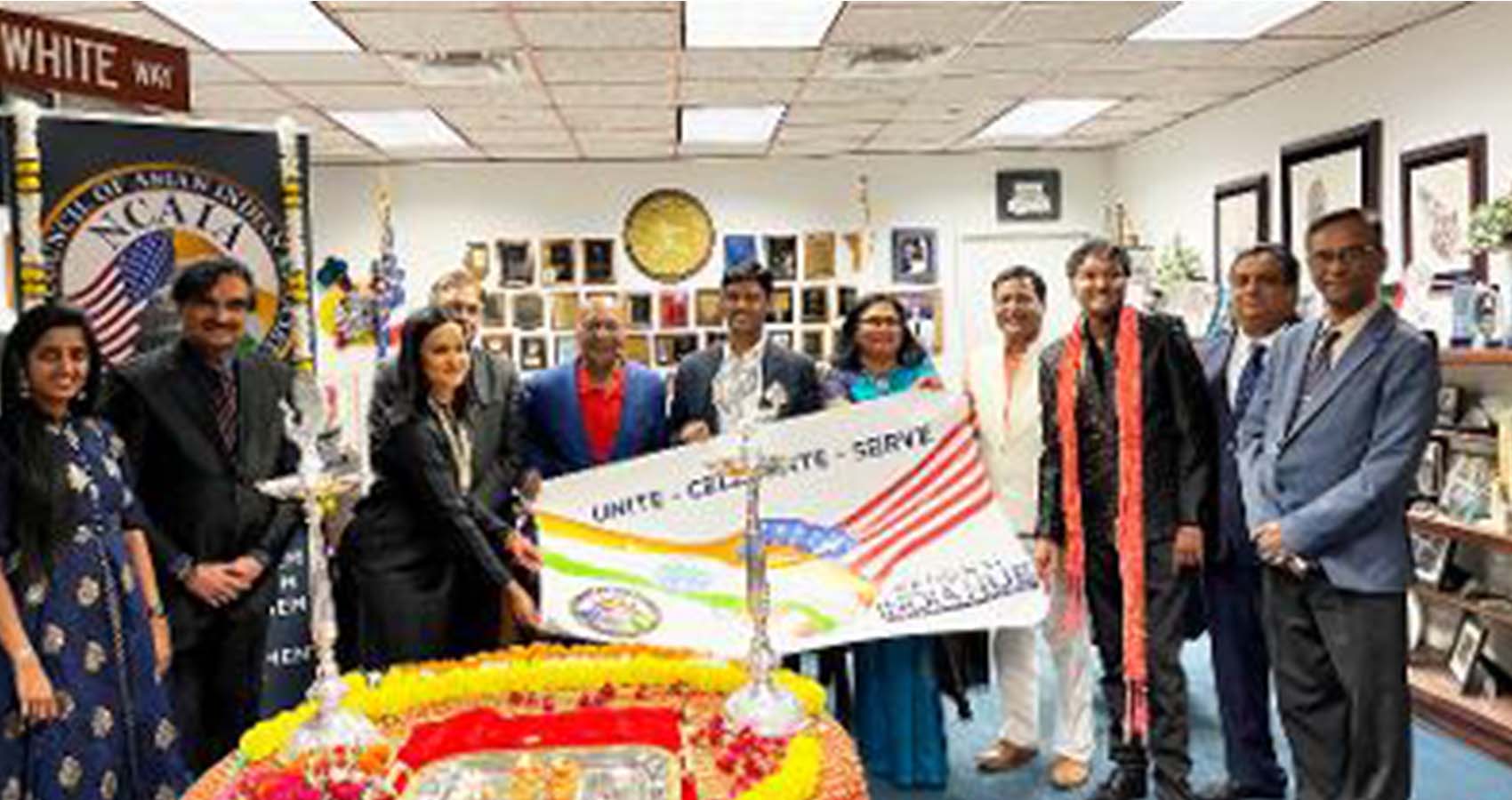 Hon. Jesse White –in his greeting remarks – said I am a dear friend of the Indian American community and I share the same philosophy of love and kindness with the citizens of Illinois State. Hon. Jesse White said that he was inspired by the dictates of Mahatma Gandhi & Martin Luther King and he follows that creed in inspiring the inner-city youth. Diwali truly symbolizes the triumph of good over evil and victory of knowledge over ignorance. Hon. Jesse White characterized Diwali as a magnificent festival that epitomizes the spirit of light and color.

Consul General of India Mr. Amit Kumar in his remarks presented an in-depth overview of the origin of Diwali and the significance it brings to bear of its enduring symbolism and its central message, which cherishes the brightness over the forces of darkness and knowledge over ignorance. Consul General Mr. Amit Kumar thanked Hon. Jesse White for hosting a welcoming Diwali celebration in his office and he acknowledged and thanked the key leaders of the National Council of Asian Indian Association for hosting a splendid Diwali celebration along with the Illinois Secretary of State.

Dr. Anuja Gupta, Midwest President opened the celebrations with welcome remarks and thanked Secretary of State Jesse White for his exceptional magnanimity in hosting Diwali celebrations deep into the chambers of his iconic office. Dr. Anuja Gupta highlighted the significance of Diwali and its underlying spiritual philosophy of its victory over evil, darkness and ignorance ushering in a new light of goodness, victory and knowledge.

Harish Kolasani, National President outlined the goals and mission of NCAIA and the yeoman accomplishments it had made over the years. Dr. Suresh Reddy, NCAIA Executive Vice President presenting the Village of Oakbrook Proclamation to Hon. Jesse White and added it is truly historic for the Illinois Secretary of State to open the doors of his magnificent office to celebrate Diwali for the first time.  Keerthi Kumar Ravoori, Secretary generously thanked Secretary of State Jesse White for opening the doors of the magnificent chambers of his office and inviting the Indian American community in celebrating Diwali with the festive reception so graciously hosted.

Ajeet Singh, Vice President presented a flower bouquet and a garland and a shawl in appreciation of Jesse White’s gracious hospitality and welcome. Neelam Dwivedi Singh, NCAIA Chairwoman extended Diwali greetings and added that the lights of diyas illuminate life with knowledge, compassion, care and love for each other. The event concluded with a reception and exchange of Diwali greetings. Others who joined in the festivities include Indian Consul Laxman Prasad Gupta, Dr. Vidyani, Vinita Gulabani, Shalini Gupta, Prachi Jaitley, Girish/Ratna Kapoor, Shree Guruswamy and others.

NCAIA is a premier umbrella national organization incorporated in 1993 in Maryland, USA and the Midwest Chapter was established in 2019 in IL to empower Indian community by promoting effective community organizations that can create an impact on the society and help usher a meaningful social change.