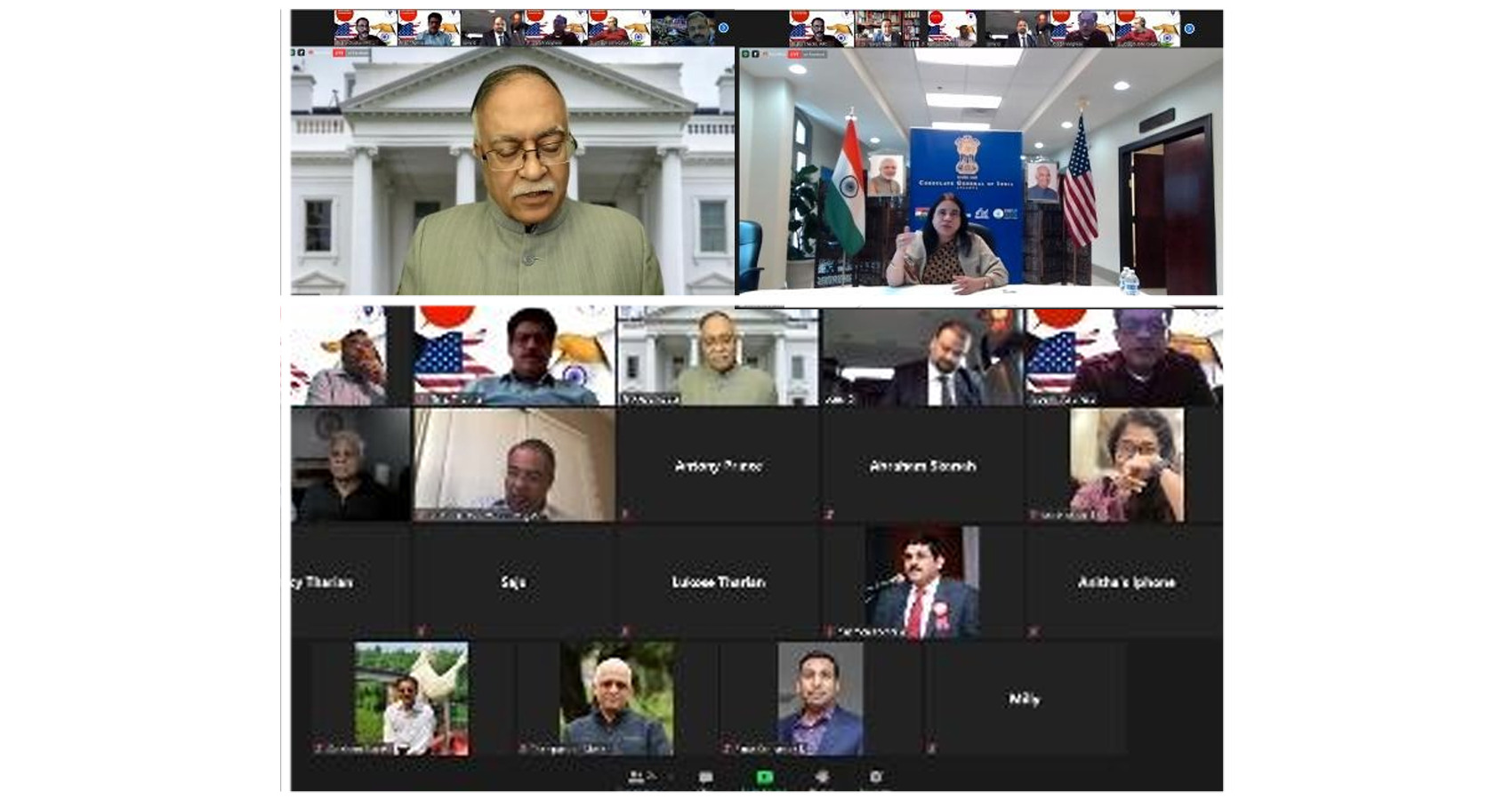 Indian Pravasis around the world face enormous issues in their struggle for existence. Indo-American Press Club, with its chapters around major cities in the USA and Canada, has been a growing influence among media professionals and having its united voice heard at the higher levels of power.

“Vaccine Maitri has emerged as a successful program which is helping the Indian community enormously during the year-long pandemic struggle. We are also proud to say that with its vast resources, India has become the pharmacy of the world,” remarked Dr. Swati Kulkarni in the opening address.

The Zoom Meeting with participants from the USA and Canada commenced with the welcome address by Jomy George, Secretary of the Atlanta Chapter. Annie Anuvelil, Secretary of, National Executive Committee, introduced Ambassador Pradeep Kapoor and Dr. Joseph Chalil to the session. IAPC Director Kamlesh Mehta introduced and invited Dr. Swati Kulkarni to commence the discussion on the crucial issues facing by the Pravasis.

Consul General addressed many key issues and developments from the perspective of Govt. of India. Vande Bharat mission during the Pandemic was an all-time success across the globe to bring in the Indian citizens home. Vande Bharat helped 700 stranded Indian citizens in the USA to return to India. The New Budget helped the Indian diaspora to raise its goals. Also, the new budget is designed to honoring the honest, human-centric, inclusive, and whole. The Govt. wants to stop the violence and resolve agriculture issues.

Ambassador Pradeep Kapoor elaborated on the background and features of Dual Citizenship and explained the issues and constitutional changes required to pass the Dual Citizen Bill. India is a welcoming country for centuries from people around the world. Terrorism is a threat for the Govt. to pass the law to allow to have other nationalities to take citizenship. But a collective request and memorandum from various groups and organizations across the globe can change the views of the government on Dual citizenship.

Regarding the question on the uniform procedure on getting business loans in India, Ambassador mentioned that the cost of a loan in India is very high compared to most foreign countries. He also elaborated the functioning of various levels of the embassy, ministry of foreign affairs, and forum for redressal of public grievances, where Pravasi can address various issues. Ambassador encouraged IAPC to act as a responsible forum to represent various Pravasi issues to the Govt. of India.

Dr. Joseph Chalil addressed the issues on the scope of investing in India and insurance for elderly parents in India, explained with various suggestions and recommendations.

Dr. Mathew Joys, Vice Chairman, in his closing remarks, added that IAPC would be continuing with more episodes of topics on social importance and proceed ahead with the recommendations derived during these high-level discussions. He thanked IAPC Atlanta chapter secretary Jomy for moderating the discussion and other chapter members involved and worked to make this meeting flawless.