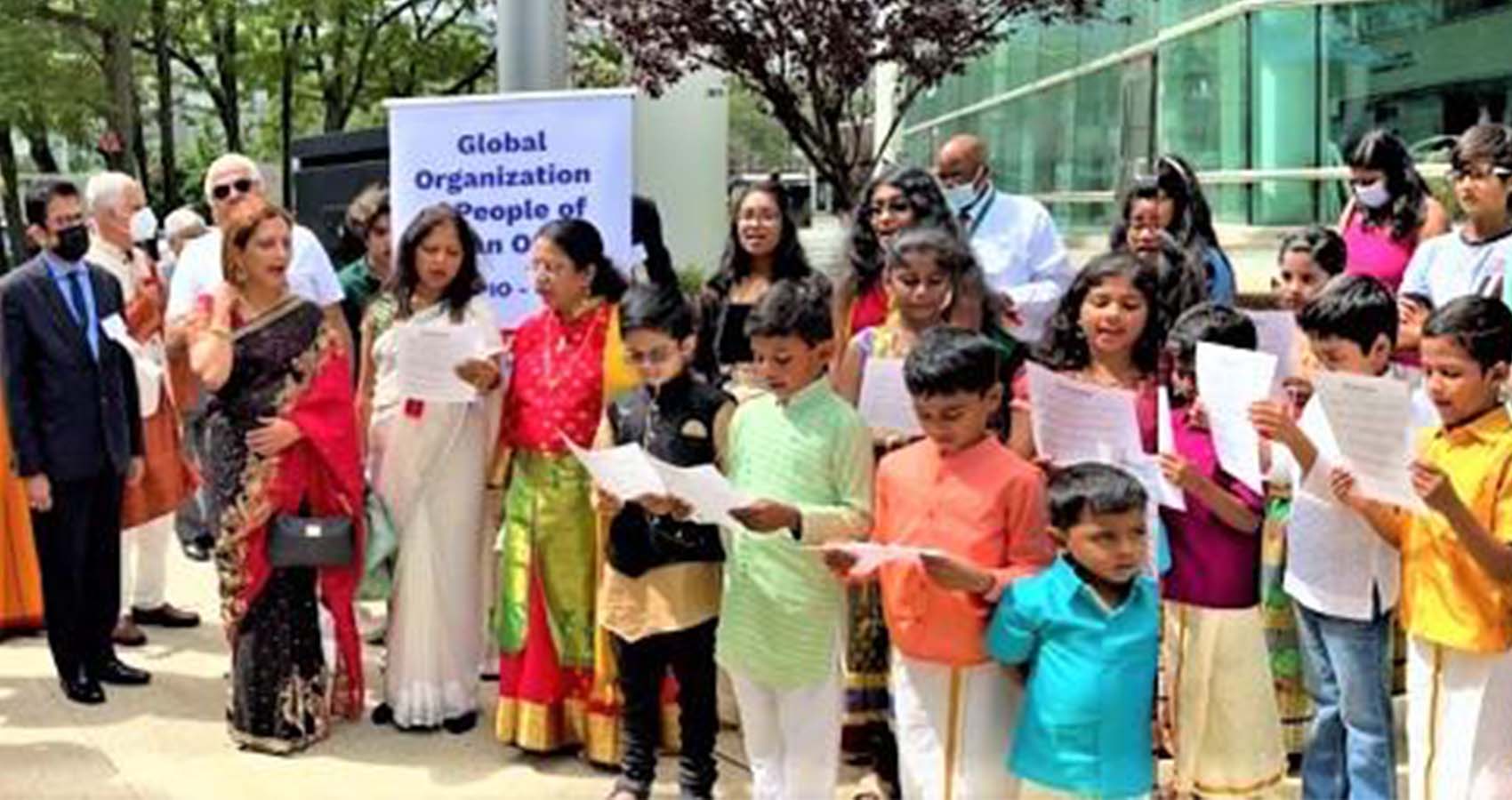 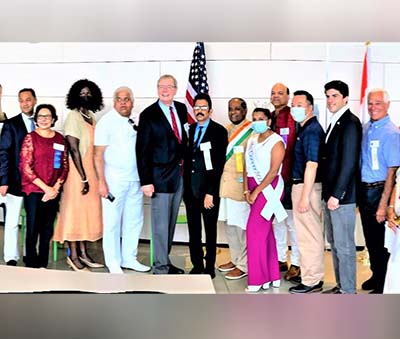 The Connecticut Chapter of the Global Organization of People of Indian Origin (GOPIO-CT) celebrated India’s democracy and the unity and diversity of India and Indian Americans, their achievements and contributions to India and the United States during the 74th anniversary of India’s Independence Day celebrations held  at the Mill River Park, Stamford, CT on Sunday, August 8th.

A  K Vijay Krishnan, Indian Consul for Community Affairs, who was the chief guest delivered the Independence Day message emphasizing the importance of India’s independence and its adoption of democracy. While wishing all a Happy Independence Day, the Consul emphasized the important role played by the Indian diaspora in strengthening India-US relations and helping in greater progress and prosperity of India and the United States. The Consul also thanked the diaspora for their whole hearted support in providing medical equipment to their motherland during the COVID crisis. Mr. Vijay Krishnan said that India in a short span of time has achieved the distinction of competing with the most powerful economies in the world.

Stamford Mayor David Martin in his address, praised the contributions of Indian Americans to the city of Stamford, the state of Connecticut and to the whole entire nation. He proclaimed August 8th as India Day at the City of Stamford, to commemorating India’s Independence and the rich contributions of Indian Americans. While declaring that Stamford has the highest rate of Covid vaccination in the state of CT. He urged everyone to get vaccinated and beat the pandemic. 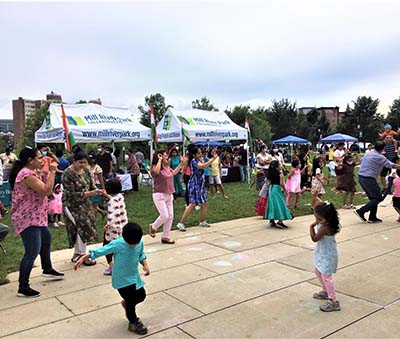 In his proclamation Mayor Martin said that the Indian Independence was marked largely by non-violent resistance and civil disobedience and the Independence day is celebrated by the Indian Diaspora worldwide. The proclamation further noted that Stamford city will honor Indian community which is an integral part of city’s diversity, success and great future.

Earlier, during the Flag hoisting ceremony at the City Center, he said, “The city is joining hands with the Indian Diaspora in Connecticut for a celebration organized by the Connecticut Chapter of Global Organization of People of Indian Origin (GOPIO-CT) by hoisting American, Indian and Connecticut flags at the Government Center in Stamford.” Children Representing the Stamford Tamil Sangam sang the anthems of both the US and India.

Connecticut Attorney General William Tong spoke strongly about the recent wave of hate crimes against Asians, while promising to do everything possible to honor the rich diversity of peoples of the state, representing diverse cultures and traditions. Mill River Park Collaborative Board member Dr. Fatima Mawji, CT State Senator Patricia Billie Miller representing Senate District 27and CT State Representatives Harry Arora representing CT 151st district, Caroline Simmons representing 144th district and Matt Blumenthal representing 147 District were among others how graced the event and lauded the great contributions of Indian  Americans. Two other celebrities at the event were Baseball legend Bobby Valentine and Miss Connecticut 2021 Sapna Raghavan who will be competing for Miss America Pageant to be held in December 2021. 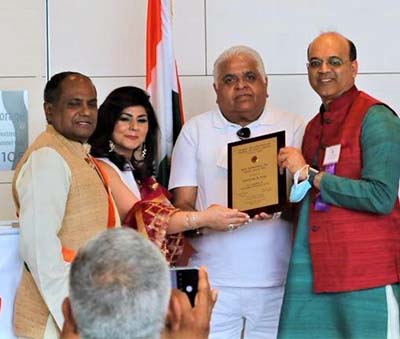 The program began with the singing of a patriotic song, followed by a welcome address by GOPIO-CT President Ashok Nichani. He said, “In spite of Covid Pandemic, we did very well with our activities including delivering food items to the frontline workers and food pantries in Connecticut, making cash contributions to food pantries, organizing many of our festivals and interactive talk on the Zoom, We also participated in the virtual Cancer Walk to benefit Bennet Cancer Center of the Stamford Hospital and continued to support the soup kitchen at the New Covenant Center.

“In the last few years, we have supported many service organizations including Women’s Mentoring Network, Future 5, Children’s Learning Center. Early this year, we raised funds for Building One Community and we will continue to support such service organizations,” Nichani said.

GOPIO-CT Trustee/Advisor and Chairman of GOPIO International Dr. Thomas Abraham said in his message that while India has been growing in all spheres of life, in the last 7 decades, India had also sent large number of its brightest to America who have made substantial contributions in building up the economy of America.

“Our contributions are noted very well in the Health Care especially our doctors and nurses are frontline workers against Covid. We have also made outstanding contributions in hospitality, science, engineering and technology and education.” Said Dr. Abraham. “We are also not behind in political process and last year we have made history in the USA, not only by the election of Indian/African American Senator Kamala Harris as the Vice President and reelecting the four House of Representatives but also a record number of lawmakers to the state house,” Dr. Abraham added.

Stamford Resident Mr. Shailesh Naik was bestowed with Indian Independence Liberty Award. An engineer by profession and Principal of Charles A. Manganaro Consulting Engineers, Naik has been serving the Indian American community for the last 15 years. Shailesh served as President GOPIO-CT from 2010 to 2014 and as President of Society of Indo-American Engineers and Architects (SIAEA) for two years.

Following the flag hoisting, an India Festival comprising of colorful Folk and Classical Dances of India, Music, Magic Show and Bollywood Dances were enjoyed by one and all. There were vendors who served delicious Indian food, Indian arts and crafts, Indian clothing and other items were displayed at the Park, giving a glimpse of Indian diverse culture.