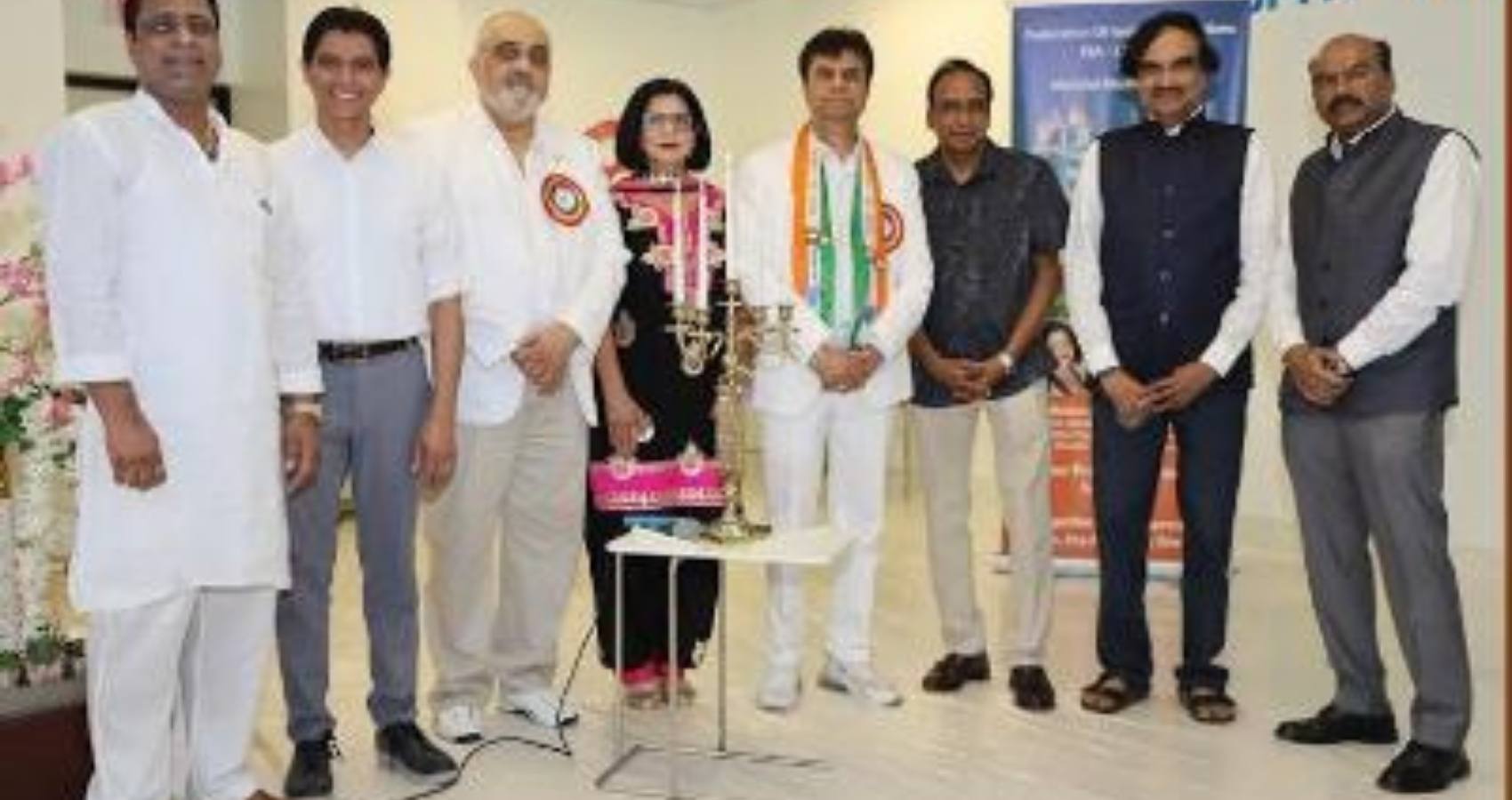 On the occasion of International Yoga Day 2022, GOPIO Northeast chapters in cooperation with the Indian Consulate in New York and Emmy-nominated filmmaker and Happy Life Yoga speaker Tirlok Malik hosted a highly interactive and informative Yoga Zoom event on June 23rd featuring experts and speakers from various walks of life.

Ambassador Randhir Jaiswal, Consul General of India in New York sent his best wishes to GOPIO and Malik for celebrating the International Yoga Day 2022. The chief guest Indian Consul Vipul Dev, who looks after Political, Press, Information and Culture at the Indian Consulate, New York (USA) and special guest Congressman Subramanian Raja Krishnamoorthi, an Indian-born American businessman who has been serving as the U.S. representative for Illinois’s 8th congressional district since 2017, were present on the occasion.

GOPIO-Manhattan Secretary Bhavya Gupta was the MC for the event which was hosted in the presence of Dr. Thomas Abraham, Chairman of GOPIO International as well as distinguished members of GOPIO International and its chapter officials from the Northeast of USA and many viewers from all over the world. The event was also supported by The Indian Panorama, Indian American Forum, GOPIO Chapters (New York, Central New York, Central Jersey, Edison and Connecticut).

The event was energetic, knowledgeable, inspiring, and celebratory in nature. While emphasizing upon the growing importance of Yoga in today’s times, Malik explained his vision behind Happy Life Yoga and its underlying philosophy, “A way of living inspired by the wisdom of Ayurveda, Yoga and Indian Philosophy, Happy Life Yoga is beneficial for one and all. The pandemic has made the world realize that it is of paramount importance to have a good health, physically and emotionally, and the Happy Life Yoga platform can show how to achieve it.”

GOPIO Chairman Dr. Abraham in his welcome remarks said, “Yoga has now become an international brand after the UN declaration in 2014 and Yoga Day is now celebrated all over the world.” Dr. Abraham also complimented the Indian Consulate for continuing to hold the celebration at the Times Square in New York City.

Indian Consul Vipul Dev said, “Yoga has become very popular in our life and personally I feel great that something like Yoga from my country has been adopted and owned by the rest of world.” He also added that Yoga brought positivity in his life. He also mentioned that the Indian Consulate in New York has been celebrating Yoga Day with community groups starting in the first week of June, including one at the Niagara Falls.

In his brief remarks, Congressman Raja Krishnamoorthi congratulated GOPIO and Tirlok Malik for propagating the power of Yoga globally through the Happy Life Yoga event. “Today, the International Yoga Day has evolved into in major annual event that’s celebrated all across the globe. The key is to celebrate Yoga as a health practice that is truly universal. I would like to congratulate GOPIO and Mr. Malik for playing an active role in propagating the power of Yoga.”

One of the major highlights of the Happy Life Yoga event was the knowledge sessions moderated by Malik who is known for his ability to engage with his audience using the right mix of banter and substance.

The event ended with a thunderous applause even as Malik promised to bring more Happy Life Yoga events in the near future. Happy Life Yoga is the creation of Tirlok Malik. It is essentially an educational platform that offers a unique holistic approach to health and happiness using tools from Ayurveda, Indian Philosophy, and Yoga to help better manage modern-day challenges such as work, finances, relationships, family and other social pressures. It was launched in June 2019 in New York. Malik’s portfolio of work has won many awards and has been acclaimed in media and people worldwide. Through his work he intends to inspire others to live happier and healthier lives and the journey continues.

During the program, GOPIO Foundation Executive Trustee Lal Motwani, who also serves as honorary chair of GOPIO-New York chapter spoke on the new initiative from the chapter on launching India Collection of Books at the Queens Public Library on August 13th when the library will also honor India for its 75th Independence. GOPIO-Manhattan Chapter Board Member Siddharth Jain spoke on the various services from the chapter including community feeding on the last Monday of every month and invited members of the community to sponsor this effort.

GOPIO-Manhattan Chapter President Shivender Sofat invited the community to participate in other chapter activities including welcoming new students from India for a Welcome Dinner event in late September. GOPIO-New York President Beena Kothari, who managed the Zoom session gave the vote of thanks.

GOPIO Manhattan, in accordance with its mission to serve the larger society and those in need, has taken several initiatives in the recent past. A Community Feeding is organized by the Chapter providing ​vegan or ​vegetarian lunch for the homeless and needy at Tomkins Square Park in Manhattan on the last Monday of every month. The chapter appeals to the community to support the initiative by being a volunteer and/or a sponsor.