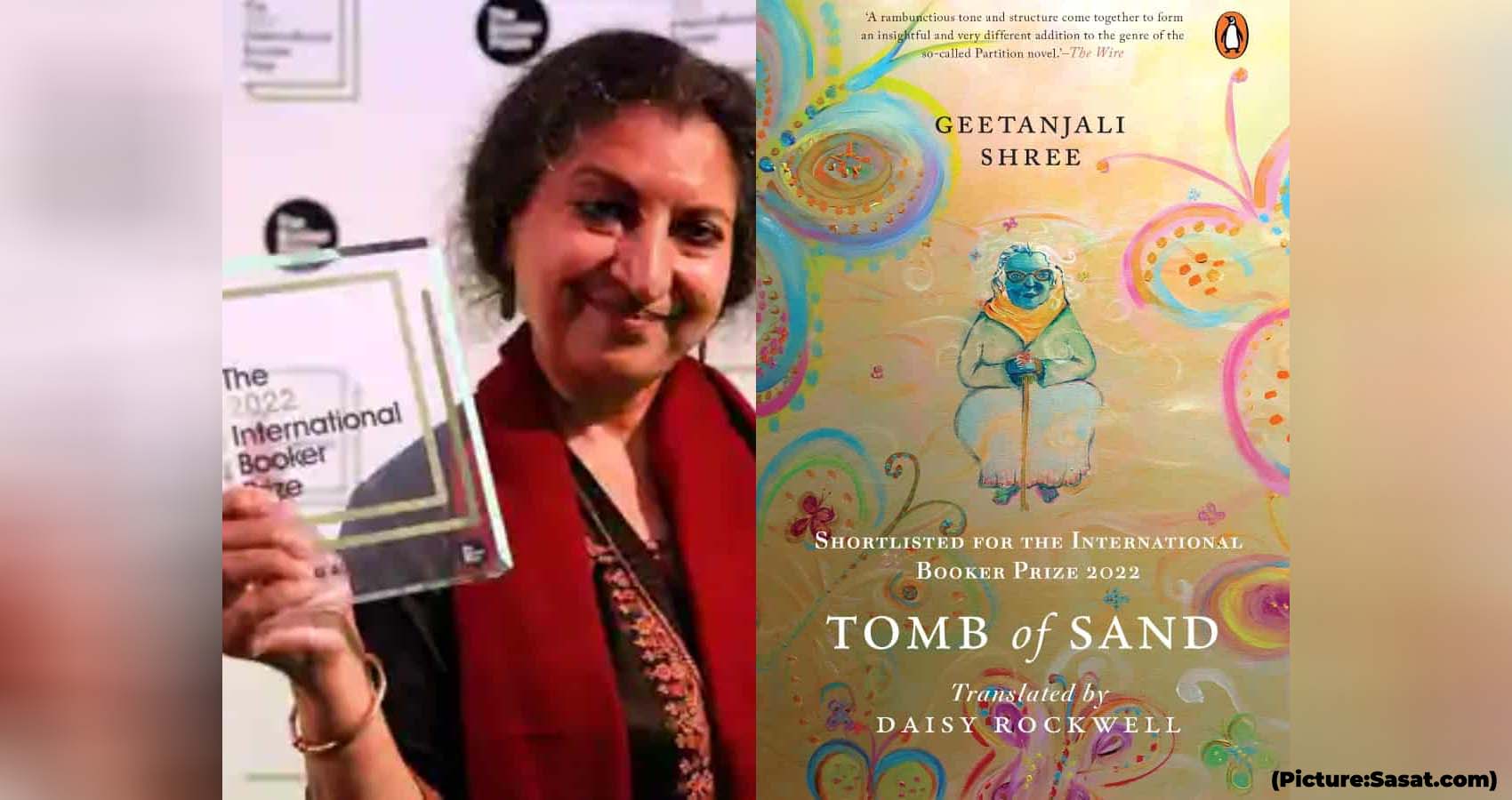 Shree and Rockwell winning the prize not only marks the award’s first Hindi winner, but also the first time a book originally written in any Indian language has won, reports the Guardian.

Titled ‘Ret Samadhi’ (Rajkamal Prakashan) in Hindi, the book centers around a north Indian 80-year-old woman who slips into a deep depression after the death of her husband and then resurfaces to gain a new lease on life. Her determination to fly in the face of convention – including striking up a friendship with a transgender person – confuses her bohemian daughter, who is used to thinking of herself as the more ‘modern’ of the two.

To her family’s consternation, she insists on travelling to Pakistan, simultaneously confronting the unresolved trauma of her teenage experiences of partition, and re-evaluating what it means to be a mother, a daughter, a woman, and a feminist.

For someone who stormed the Hindi literary scene with her debut novel ‘Mai’, as a writer, it becomes part of one’s unconscious and subconscious to look, hear, smell, and see stories around you, in you. “So there is some, still inarticulated, but full life, circulating inside you all the time. And the moment happens, not quite by your choice when the muse bends over you and something begins to unravel and pen comes to paper.

Many variables come together and a work emerges, triggered by any small or big thing. In the case of ‘Ret Samadhi’, the image of an old woman lying with her back turned to everyone in a joint family and apparently with no interest in living any longer, set me off. My curiosity grew as to is she turning her back on the world and life or preparing to get up into a rejuvenated, reinvented new life! From there the novel took off. It was a long journey full of fun, pain, joy, anxieties, the works,” Geethanjali said in an earlier interview.

The author is clear that writing must never be extraneously motivated or influenced. “I write to express as best as I can, as creatively and sensitively as I can, and that is the only expectation I am propelled by. I let no one tell me what, when, how I must write.”

Adding that awards, praise and are extraneous to this basic activity, and are incidental, she said: “Of course, if they are positive, it adds a new dimension to my happiness and fulfilment, but, they are not and never will be my impetus.”

Shree, whose works have been widely translated into different languages including French, German, Korean and Serbian, feels that translation is dialogue and communication. It is never a fixed, frozen and complete exchange. “It is ongoing, live and enriching – some things are explained better, some remain confounding, just as in any communication. Some things may also get lost, but some things also get added. Just as when two people talk, they enrich each other and enlarge each other’s way of seeing, being, and experiencing, so is also the communication underway in translation.

The gains of it are immense. One cannot fear it for the risks that may be in there too. Communication is worth it, risky or not! Dialogue, which is what translation is, is the best thing in human life and the way forward.”

Stressing that it is extremely important that the author and translator share a rapport, Shree said: “You need a rapport which establishes that both of you share the same wavelength, sensibility, values. If a fanatic, narrow-minded, purist picks up my book for translation, it is, without doubt, a recipe for disaster.”

Speaking about her process, the author, who has also been actively associated with theatre – in 1989, a group of theatre artists, writers, musicians and painters got together to form ‘Vivadi’, said: “My writing is the process. Except that I must work regularly and for long hours, there are no rules about it. I have no set formula and like to let the dynamics of unfurling a beginning and issues it throws up take over and take me across a variegated terrain.”

Deriving her characters from the physical world and space within — “a mix of both. And such a mix that even if they relate to recognisable things/people somewhere, they are fictional,” she feels that there is a need not just for translations into English but also and as much for translations across South Asian languages.

“Is English going to be the only language in which all other literature has to be accessed? One, what about those who are not well versed in it; two, we surely want a multilingual, multicultural scene where many languages are in dialogue with many others, not English alone becoming the overarching big language and all others aspiring to get access within it.”

The author, who has also finished another novel, said: “For some years it has been sitting on my table, ready and waiting. One of these days I will pick it up and hand it to the publisher.”