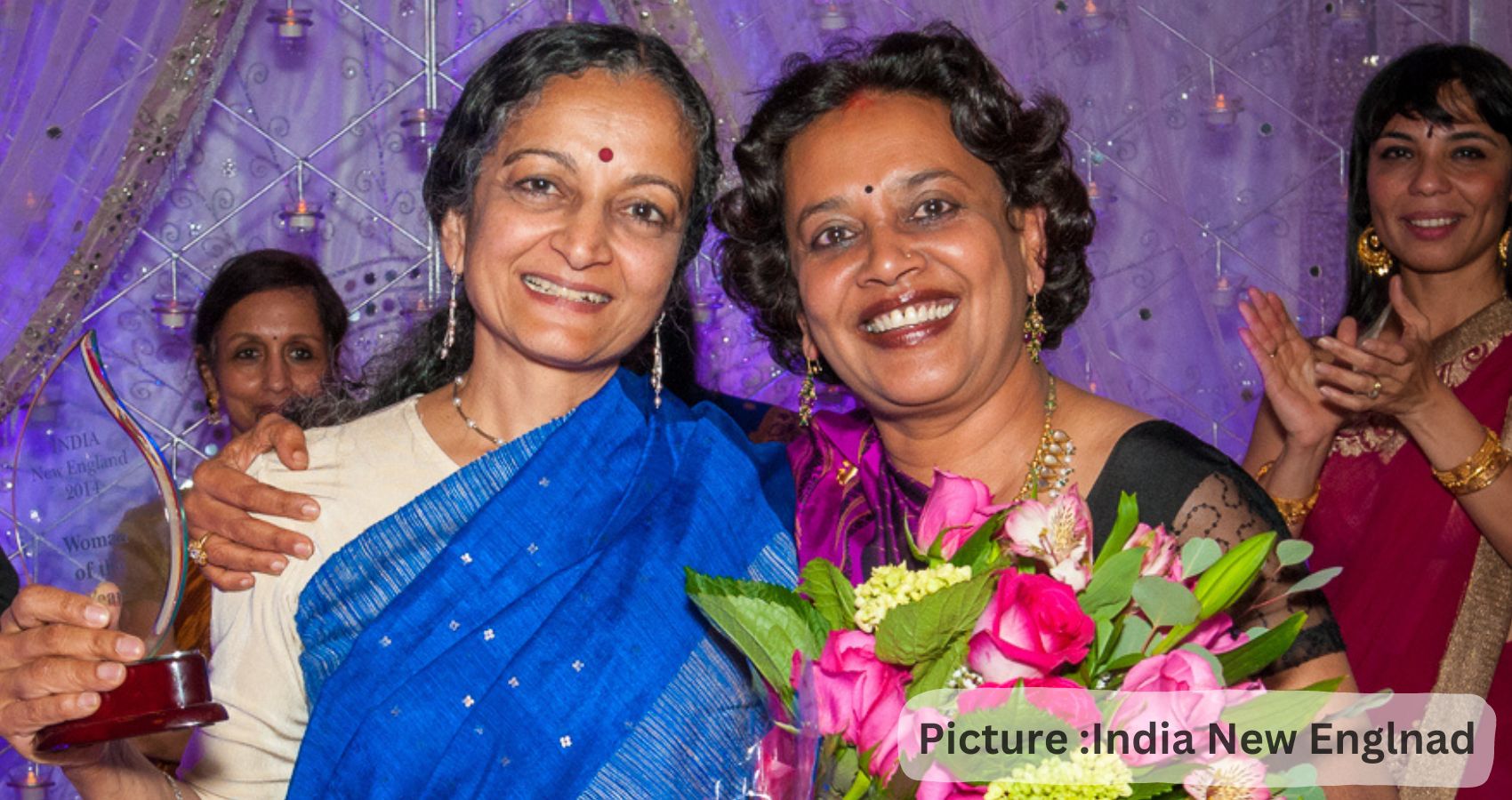 TiE Boston, the region’s largest organization supporting the Massachusetts entrepreneurial ecosystem and connecting entrepreneurs, executives, and venture capitalists, announced the winners of its annual awards in various categories. All the winners will be honored at TiE Boston’s annual gala on Dec. 2 at the Sheraton Boston Hotel in Boston, MA.

“On behalf of TiE Boston, I had the honor of chairing a panel of distinguished jury and it was not only inspiring but also demonstrated the strategic acumen of the entrepreneur community in Boston,” said TiE Boston President Yash Shah. “I would like to thank the winners, and also the jury for their hard work and good humor when the judging got tough! We’re looking forward to welcoming our guests at the annual gala on December 2 at the Sheraton Boston. It’s going to be one-of-its-kind event and you don’t want to miss it.”

Here are the brief bios of this year’s award winners:

Entrepreneur of the Year: Aman Narang

Aman Narang is President, Co-Founder, Chief Operating Officer, and a Director of Toast, Inc. Prior to Toast, he worked on innovation initiatives at Endeca (now Oracle). Narang spearheaded the development of Endeca’s business intelligence platform as well as their mobile commerce platform, each of which became major business units. He holds BS and MS degrees in Computer Science from MIT and currently leads innovation and business development initiatives at Toast.

Rohit Prasad is senior vice president and head scientist for Amazon Alexa, leading a multidisciplinary team to make Alexa a trusted AI assistant, advisor, and companion for everyone, everywhere. His team’s product, engineering, and scientific advances have driven the adoption of Alexa by millions of customers worldwide.

In his previous roles at Amazon, Prasad directed areas such as far-field speech recognition, natural language understanding, and the underlying machine learning technologies that were instrumental in launching Amazon Echo’s new paradigm of hands-free interaction with ambient devices. Prasad and his team are now focused on advancing generalizable AI, combining the best of human-like intelligence with machine learning to accelerate the future of ambient intelligence – where the underlying AI seamlessly blends into your environment, connects heterogeneous services and devices, and adapts on your behalf to provide greater utility.

Prior to Amazon, Prasad was deputy manager and senior director of the Speech, Language and Multimedia Business Unit at Raytheon BBN Technologies. In that role, he directed U.S. Government-sponsored research and development initiatives in speech-to-speech translation, psychological health analytics, document image translation and STEM learning. Prasad is a named author on more than 100 scientific articles and holds several patents. He received his master’s degree in Electrical Engineering at the Illinois Institute of Technology, Chicago, and a bachelor’s degree in Electronics and Communications Engineering from Birla Institute of Technology, India.

Jamie Goldstein is Partner at Pillar VC, a firm he co-founded with leaders of many of Boston’s most important companies, including DraftKings, Wayfair, Ginkgo Bioworks and Circle. While at Pillar, he also co-founded Petri, a program supporting pre-seed biotech companies, and the melon, a crypto incubation studio. Goldstein previously spent 18 years at North Bridge Venture Partners. Prior to North Bridge, he was a Co-Founder of PureSpeech, a speech recognition company. Goldstein is a graduate of MIT and Harvard Business School.

During his career, Goldstein has backed dozens of Boston-based startups, including many spinouts from MIT and Harvard. Goldstein invests in seed-stage companies at inception, and was the first investor in Algorand, an MIT blockchain spinout that has grown to a $3B market cap. His seed investments at Pillar include Jellyfish, an engineering management tool, PathAI, a diagnostic tool powered by machine learning, Asimov, a genetic circuits company and Desktop Metal. He also led later-stage investments in Circle and PillPack.

Uroš Kuzmanović, the CEO and Co-Founder of BioSens8 and a Boston University BME PhD candidate, engineers novel biosensors to provide continuous insight into our body’s state. He is the winner of the TiE Boston University Pitch competition in the summer of 2022, and later went on to be the TiE Global Champion. His interest in understanding the world around him led him to study molecular and cellular biology and chemistry at the University of Illinois at Urbana-Champaign. In contrast to learning only from textbooks, he was excited by the idea of partaking in work which was completely novel, so he joined a chemical biology research lab early on. There, he worked to discover and characterize an organic molecule which alleviates symptoms of myotonic dystrophy.

However, it was his participation in iGEM, a yearlong undergraduate synthetic biology competition, which made him realize the power of engineering microbes and how to take an entrepreneurial perspective on science. It was a ‘lightbulb moment’ in a sense where he understood the immense impact which synthetic biology could make in a multitude of fields such as medicine, agriculture, climate change, and more. He pursued that passion and continued with applied research, joining Boston University to work with Prof. James Galagan for his MS and PhD.

Kuzmanović has been growing BioSens8 since the summer of 2020 and more formally for the past two years as the CEO. During that time, Kuzmanović has raised over $500,000 entirely in non-dilutive funding, in part thanks to the TiE Boston organization, interviewed over 70 customers, worked directly with lawyers on 4 patents (including 2 which have been granted), gathered support from Fortune 500 companies, amassed a large network of advisors and mentors, and moved the company into a premiere incubator space in Cambridge, MA.

Orthopedic surgeon Dr. Dinesh Patel, MD is Emeritus Chief of Arthroscopic Surgery at Mass General Hospital and a co-founder of TiE Boston. He is also a founding member of the Arthroscopy Association of North America and the International Association of Arthroscopy. He has received many awards internationally for his pioneering work in Arthroscopic surgery, and has been invited by numerous governments to assist in establishing orthopedic best practices and training in arthroscopy, including Argentina, Brazil, Mexico, India, France, Italy, Japan, Germany, Indonesia and Egypt.

As an entrepreneur, Dr Patel had the opportunity to revolutionize the medical device industry with the launch of Acufex Microsurgical which has generated a billion dollars in revenue since inception in the 1980s. In the 80s, he was selected to be the first minority Chairman of the Board of Registration in Medicine in Massachusetts and an elected member of the Federation of State Medical Boards. He was also the founding president of IMANE and a former President of IAFPE. Within Tie-Atlantic he founded the TiE Life Sciences section. He has received numerous awards from the Government of Gujarat, the State of Massachusetts, Rotary International, and the global medical community.

Founded in 1997, TiE Boston connects tomorrow’s founders with today’s entrepreneurs, executives and venture capitalists. Operating for 25 years now, TiE Boston’s unparalleled network of successful, serial entrepreneurs are deeply engaged and committed to giving back to the community by providing mentorship, tactical advice, and expertise to rising entrepreneurs through signature programs.