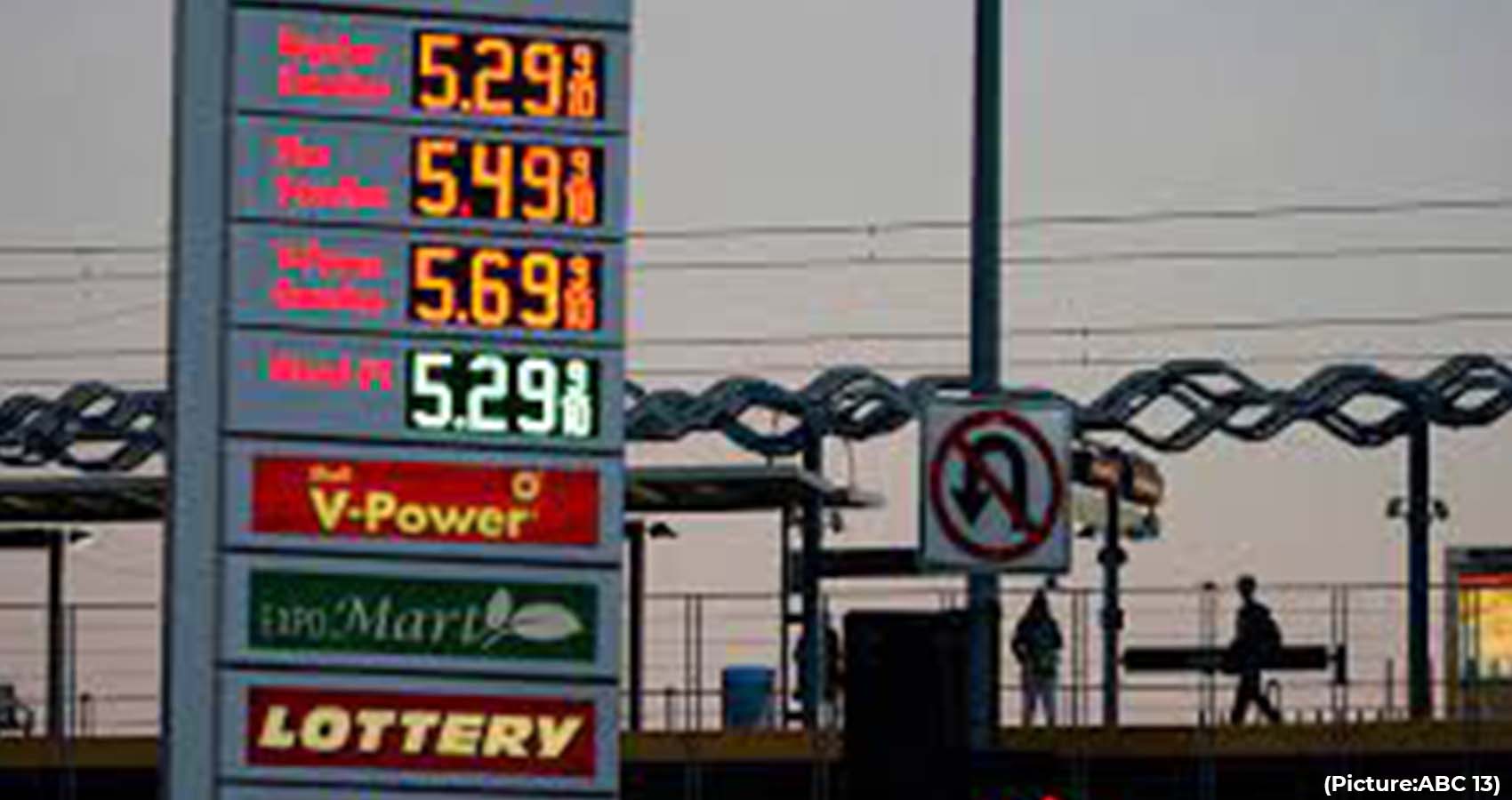 The average U.S. price of regular-grade gasoline spiked 39 cents over the past three weeks to $5.10 per gallon, media reports here suggested. The average price at the pump is $1.97 higher than it was one year ago.

Nationwide, the highest average price for regular-grade gas is in the San Francisco Bay Area, at $6.55 per gallon. The lowest average is in Baton Rouge, Louisiana, at $4.43 per gallon. According to the survey, the average price of diesel rose 20 cents over three weeks, to $5.86 a gallon.

Skyrocketing gas prices and the high inflation rate, which is 40 year high, are a glaring problem for the White House with no clear, immediate solution, presenting a major political challenge for Biden and Democrats going into the midterms. The Labor Department’s consumer price index rose 1 percent last month alone and 8.6 percent in the 12-month stretch ending in May.

Eighty-five percent of voters said they think inflation is a very serious or somewhat serious problem, according to an Economist-YouGov poll from earlier this month. In the same poll, 44 percent of respondents said Biden has “a lot” of responsibility for the inflation rate and 31 percent said he has “some.”

Energy Secretary Jennifer Granholm told CBS News this week that Americans should brace for a rough summer, with a top energy agency predicting fuel prices may not come down to less than $4 per gallon until the fall or winter.

“There will be some relief on the horizon, but during the summer driving season, it is going to be rough, no doubt about it, because we have such a demand and supply mismatch on the global market for oil,” Granholm said.

The president and his administration have pointed to steps they’ve taken in recent months to try to pump the brakes on rising gas prices.

Biden has ordered the release of millions of barrels of oil from the Strategic Petroleum Reserve to boost supply, pushed for nations in the Middle East to boost production, lifted restrictions on the sale of fuel with higher ethanol content, and promoted renewable energy sources such as electric vehicles and solar power.

But the reality, as even some Biden administration officials acknowledge, is the president has little sway over day-to-day gas prices, which are often at the mercy of global supply chains and have been impacted by the Russian invasion of Ukraine.

“This is, in large part, caused by [Russian President Vladimir] Putin’s aggression,” Commerce Secretary Gina Raimondo said on CNN this week. “Since Putin moved troops to the border of Ukraine, gas prices have gone up over $1.40 a gallon, and the president is asking for Congress and others for potential ideas. But, as you say, the reality is that there isn’t very much more to be done.”

Republican strategist Doug Heye argued the Biden administration has had a lackluster response to inflation that has contributed to the hit his approval rating has taken and the low marks he has received on the economy.

“There seems to be, on some of these issues, just a shrugging of the shoulders, and that’s why you see, overwhelmingly, Biden’s handling of the economy is unpopular,” he said. “Obviously what’s happened in Ukraine has caused a spike, and there’s nothing wrong with talking about that, but that seems to be the entire explanation when inflation has gone up every month that Biden has been president.”

Biden has stressed that he is sympathetic to the impact of high inflation on American families. “I understand Americans are anxious, and they’re anxious for good reason,” he said in remarks at the Port of Los Angeles. “Make no mistake about it: I understand inflation is a real challenge to American families,” he added. “Today’s inflation report confirmed what Americans already know: Putin’s price hike is hitting America hard. Gas prices at the pump, energy and food prices account for half of the monthly price increases since May.”

He called on Congress to pass legislation to cut shipping costs and the costs of energy bills and prescription drugs as well as tax reform so big corporations pay more. Part of the challenge for the White House, however, is that many Americans don’t realize Biden doesn’t control gas prices, said Matt Bennett, a strategist with centrist think tank Third Way.

“I think he needs to get caught trying to do everything possible. Haul the CEOs of the oil companies in to the White House and demand that they tell him exactly what they need to get production up in the short term,” Bennett said.

The White House said it was shifting gears toward a monthlong campaign in June to talk up the economy and to show the White House is prioritizing inflation while pushing the positives it has delivered on the economy.Biden reiterated that the U.S. is dealing with inflation from a position of strength, touting again the low unemployment rate.

Democratic strategist Antjuan Seawright argued that the president’s focus on the positives of the economy will resonate with voters in the midterm elections this fall. “From a messaging standpoint, I think [Democrats] have to demonstrate district by district, race by race, what efforts we have done to save the economy,” Seawright said. “Make sure we tell the story and not let the story be told about us.”