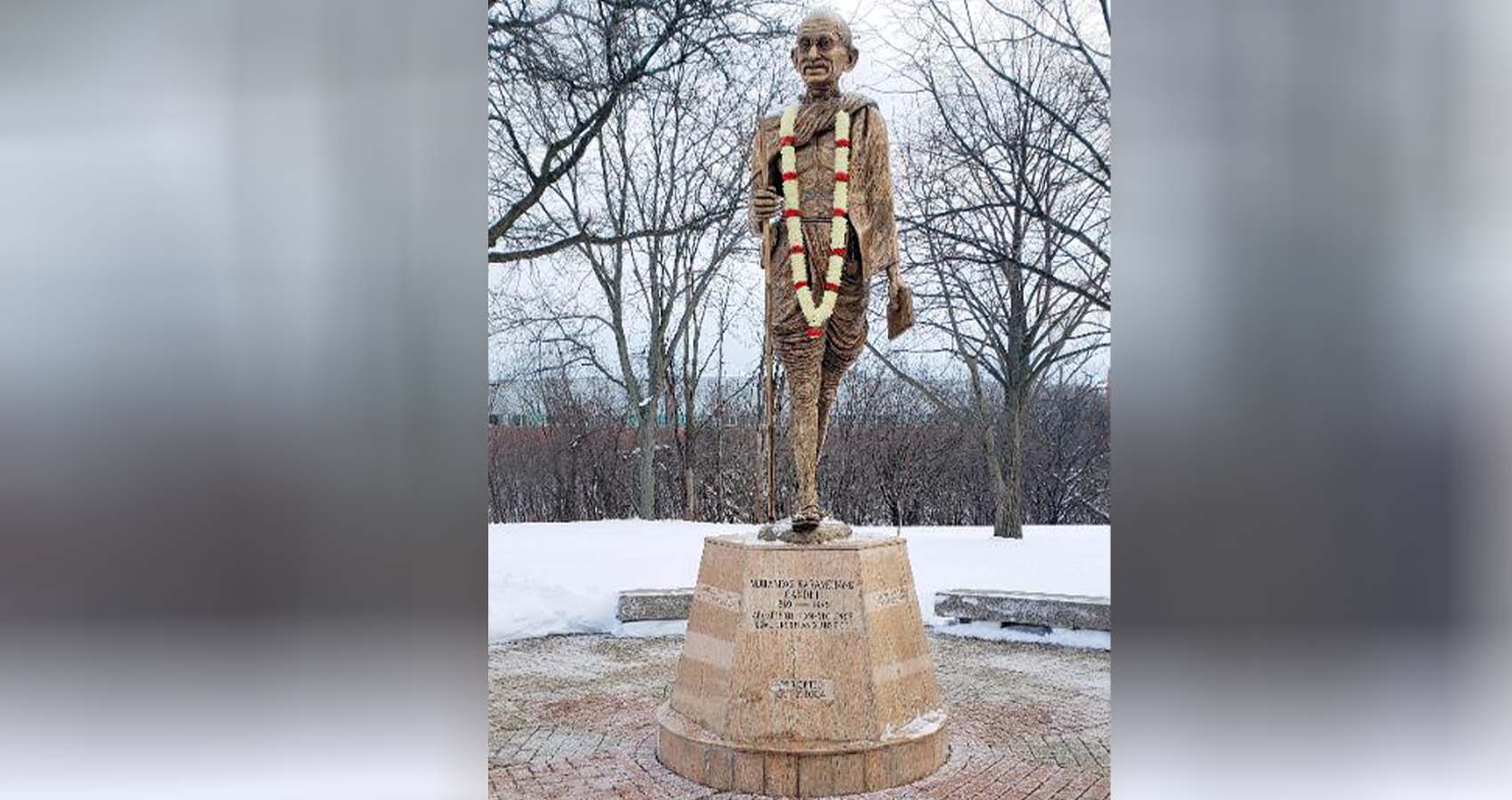 Chicago IL: Mahatma Gandhi’s 74th death anniversary was observed on January 30, 2022 at 11:00 am at Mahatma Gandhi Statue in the National Heritage Park on McCormick Boulevard in Skokie, Illinois. Father of the Nation, Mahatma Gandhi was remembered by singing of “Gandhi’s favorite Bhajans” and Powerful Tributes by Gandhi Memorial Foundation Board Members and Floral tributes by Consulate General of Chicago Mr Amit Kumar and his wife Mrs Surabhi Kumar.

The contribution of Mahatma Gandhi towards the nation and its independence is well known in Indian History. He was a great freedom fighter who taught the lesson of non-violence to the whole world and worked on building the unity of the nation which was broken by the British. After India got Independence in 1947, Bapu stayed away from politics and started working on harmony, peace, and brotherhood among the people. On Friday – January 30, 1948 at 5:17 PM the Father of the Nation was assassinated by Nathuram Godse in the year 1948 at Gandhi Smriti in the Birla House during the evening prayers. January 30 is the day when Mahatma Gandhi was martyred, and the Government of India announced the day as Shaheed Diwas or Martyrs’ Day (Sarvodaya Day).