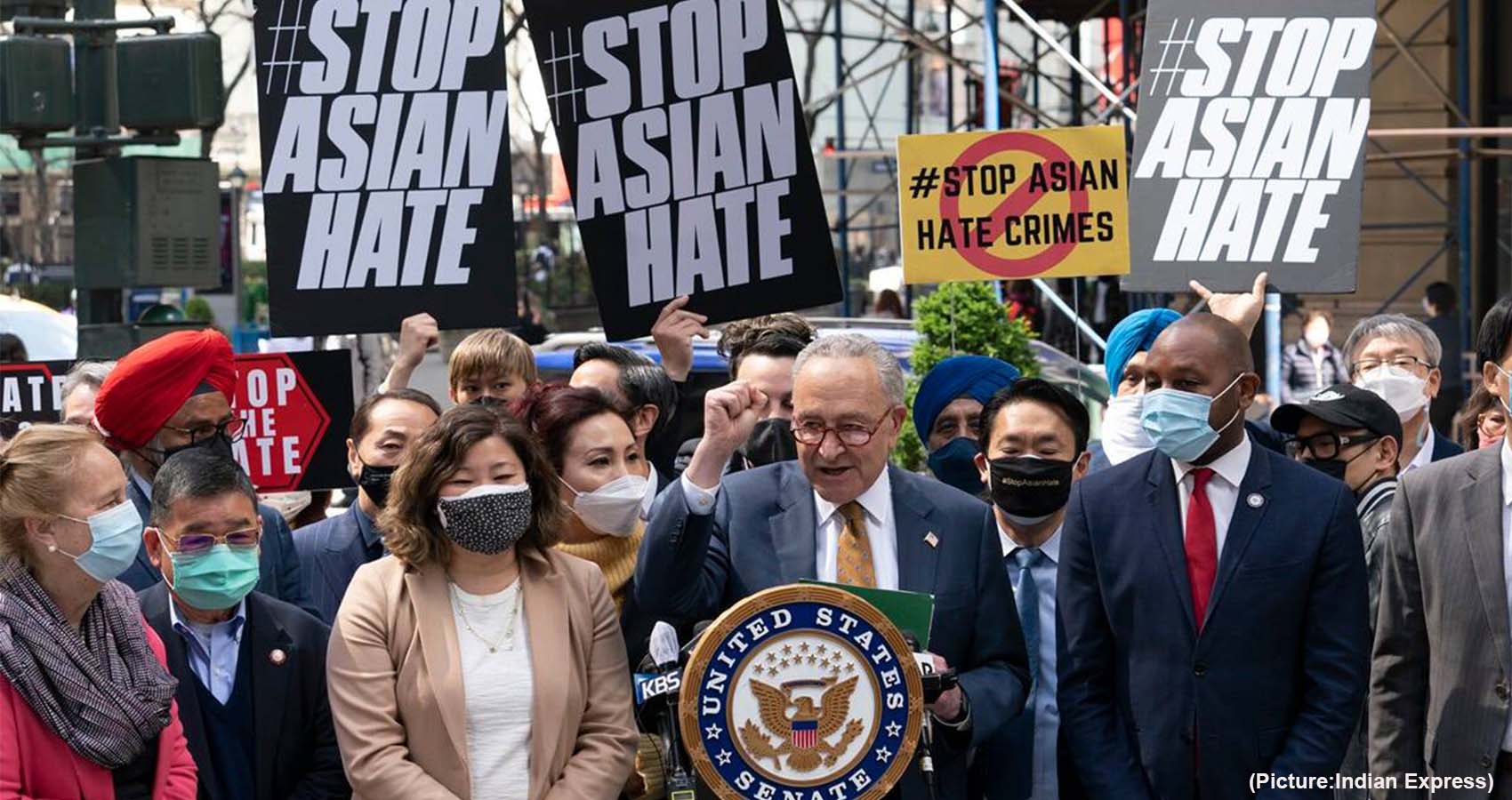 The Justice Department, in released new data on hate crimes in 2020, compiled from the FBI’s Uniform Crime Reports, which captured just a fraction of bias-motivated attacks self-reported by Asian Americans. Nonetheless, the UCR data, released annually by the Justice Department and the FBI, showed a marked rise in bias-motivated crimes against Indian Americans, specifically Sikhs, Muslims and Hindus. Seventy-one Sikh Americans were victims of a hate crime in 2020; 47 offenders targeted the community in 67 attacks, as reported by the FBI. This marks a huge jump from 2019: 50 Sikh Americans were the target of hate crimes. 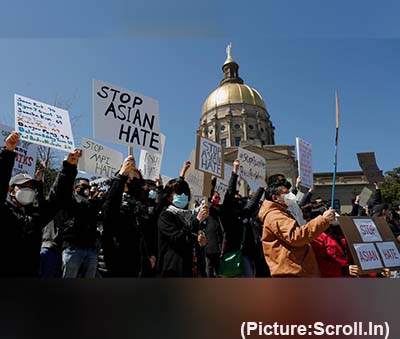 The FBI has dis-aggregated data for Hindus and Sikhs since 2016. A total of 324 hate-related incidents targeting Asian Americans were reported by the FBI, a tiny fraction of the self-reported incidents collected on the Web portal Stop AAPI Hate, which was launched last year as the Asian American community increasingly became the target of violence amid the Covid pandemic. Former President Donald Trump demonized Asian Americans for “creating” Covid, repeatedly calling it the “China virus” and “Kung flu.” As of the end of June, Stop AAPI Hate had collected more than 6,600 reports of bias on its portal, in several languages, including Hindi, Punjabi, and Urdu.

Local law enforcement agencies around the country voluntarily submit their data to the FBI for the Uniform Crime Report. Reporting is not mandated: less than 12 percent of law enforcement agencies around the country submit their hate crime incidents to the FBI. Former FBI agent Michael German, currently a fellow at the Brennan Center for Justice’s Liberty and National Security program, noted at a press briefing last year that the vast majority of hate crimes go unreported. Prosecutors are reluctant to charge an offender with a hate crime, as the burden of proof — that the crime began with the intent of hate — is difficult to prove.

Minnesota Attorney General Keith Ellison explained the difficulty of charging a hate crime during an interview with the CBS news show “60 Minutes,” in which he discussed his prosecution of former police officer Derek Chauvin, who was convicted of the murder of George Floyd. Ellison was asked why he did not charge Chauvin with a hate crime. “Hate crimes are crimes which have the explicit motive of bias,” said Ellison. “There was no evidence that Chauvin had factored in Floyd’s race.” “We needed a witness to say ‘Chauvin made a racist comment.’ We didn’t have that,” said Ellison, who, in 2006, became the first Muslim American member of Congress. For 2020, 10,532 hate offenses were reported to the FBI, with 10,681 victims by 6,431 known offenders; more than 55 percent of the perpetrators were White.

U S. Attorney General Merrick Garland issued a statement Aug. 30 affirming the Justice Department’s commitment to prosecuting and reducing the number of hate crimes. “Preventing and responding to hate crimes and hate incidents is one of the Justice Department’s highest priorities. The FBI Hate Crime Statistics for 2020 demonstrates the urgent need for a comprehensive response,” he said, noting that there was a 6 percent increase in hate crime reports and a rise in hate crimes against Asian Americans. “These numbers confirm what we have already seen and heard from communities, advocates and law enforcement agencies around the country. And these numbers do not account for the many hate crimes that go unreported,” he said.

The Justice Department is aiming to improve incident reporting, increasing law enforcement training and coordination at all levels of government, prioritizing community outreach and making better use of civil enforcement mechanisms. “All of these steps share common objectives: deterring hate crimes and bias-related incidents, addressing them when they occur, supporting those victimized by them and reducing the pernicious effects these incidents have on our society,” said Garland. The organization OCA-Asian Pacific American Advocates remarked on the undercount of hate crimes targeting Asian Americans. “With thousands of self-reported hate incidents collected by community nonprofits over the past year, the FBI’s total appears significantly low,” said the organization, noting that the number of reporting agencies has declined, as in previous years.

“The FBI’s annual report remains our most reliable snapshot of hate crimes. However, the historic reporting gap continues to undermine its usefulness—and frankly, its credibility,” said OCA’s national president Linda Ng in a press statement. “As long as law enforcement agencies are not required to collect and report hate crimes data to the federal government, the FBI’s statistics will fail to capture the true scope of violence, harassment, and assault against Asian American communities.” “Without complete, mandatory state and local participation in the FBI’s data collection process, our understanding of anti-Asian hate crimes remains cloudy at best,” added OCA’s deputy executive director Thu Nguyen.