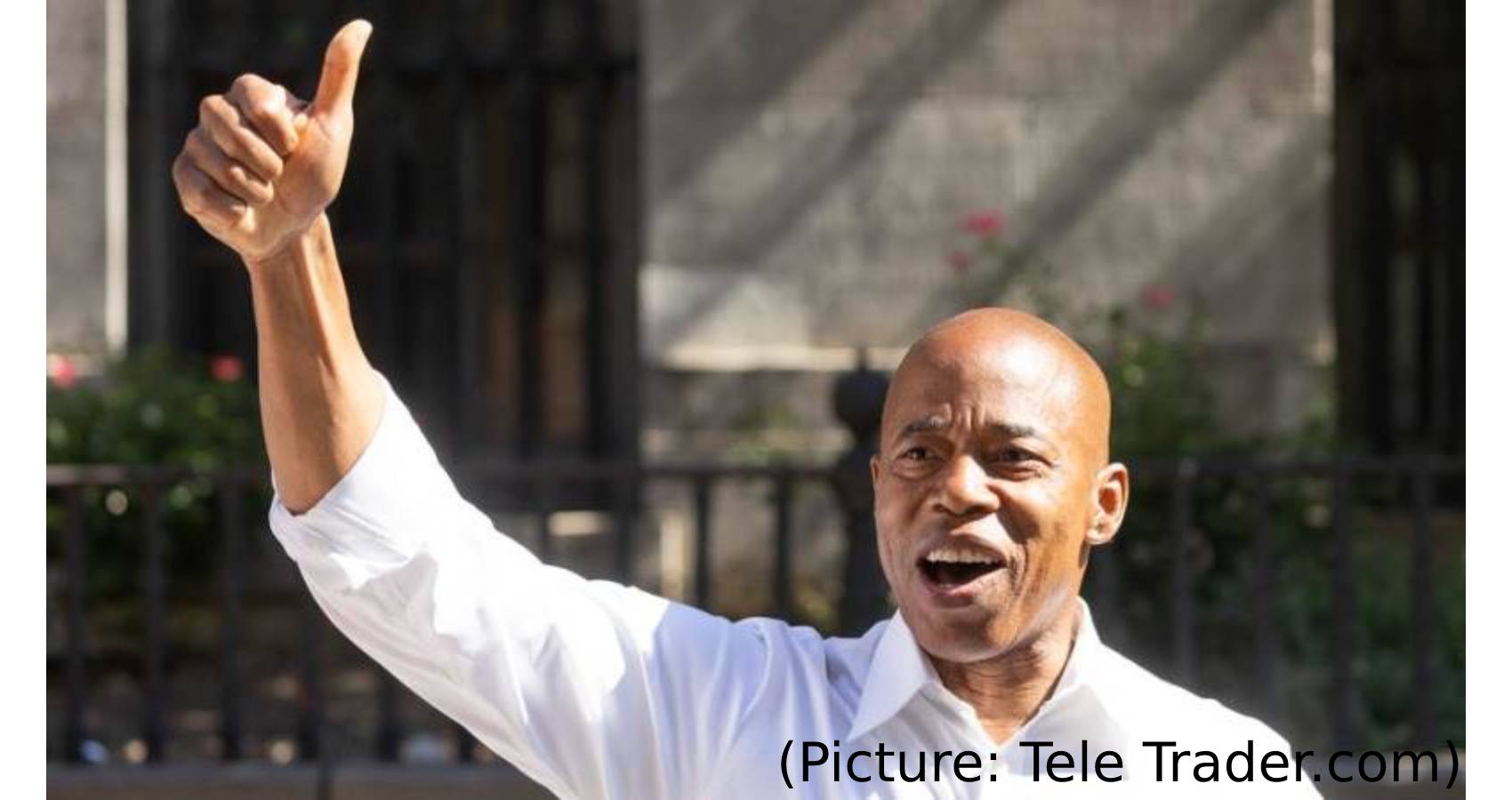 Brooklyn Borough President Eric Adams, a former police captain, has won New York City’s Democratic mayoral primary, according to The Associated Press. With nearly all of the absentee ballots finally counted by the city’s Board of Elections, Adams—a former police officer who would be the city’s second Black mayor—bested former Sanitation Commissioner Kathryn Garcia by about 8,500 votes, or one percentage point— 50.5 percent to 49.5 percent. 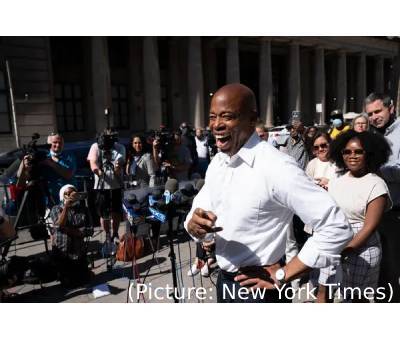 New York’s second Black mayor if he is elected in November’s general election over the Republican nominee, radio host Curtis Sliwa, because winning the primary in the heavily Democratic city is tantamount to winning the election. This was the city’s first major primary to use a ranked choice voting system meant to avoid costly runoffs and in which voters could order their top five choices, with their ballot moving to their next pick if their previous one was eliminated until one candidate claimed 50 percent support. Adams had led by nearly 15,000 first-choice votes after in-person voting concluded, and held on after about 125,000 thousand absentee ballots were counted and ranked choices tallied in an election run in the shadow of the pandemic that ravaged the city last year.

Adams, who grew up in Bushwick and was beaten by the police as a teen before joining the department himself to try to reform it from within, ran a campaign promising to restore New York to New Yorkers who’ve been left behind by decades of progress and gentrification. He gave a fiery speech on Martin Luther King Day at the Rev. Al Sharpton’s National Action Network in 2020, where he ripped newcomers to the city who are “hijacking your apartments and displacing your living arrangements” and told them to “go back to Iowa! You go back to Ohio! New York City belongs to the people that [were] here and made New York City what it is.”

He also focused on rising gun violence as a threat of prosperity and security as some other candidates, including Wiley, in effect ran against the NYPD in the aftermath of last summer’s George Floyd protests. His big step towards city hall comes as Republicans blame a spike in homicides across a host of US cities for the “defund the police” movement advocated by liberal Democrats. The Democratic governor of New York state, Andrew Cuomo, on Tuesday declared a disaster emergency order to address rising gun violence there. 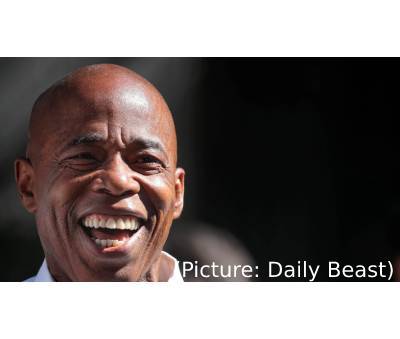 Police figures last month showed crime in the city rose by 22% in the past 12 months and shootings were up 73%. Adams, 60, is a moderate Democrat who denounced the “defund the police” movement during the campaign. On the stump, he sought to tread a fine line between promising to reform the New York Police Department (NYPD) and keeping New Yorkers safe from crime. Adams told supporters on the night of last month’s primary election: “If black lives really matter, it can’t only be against police abuse. It has to be against the violence that’s ripping apart our communities.”

About one in four of the city’s roughly 3.7 million Democrats voted, meaning that Adams is on track to become the next mayor of a city of nearly 8.5 million on the basis of just over 400,000 votes. Sadly, that’s a significant improvement on the “mandate” claimed by de Blasio, who won the 2013 Democratic primary with about 260,000 votes. The unpopular Mr de Blasio, a Democrat, is leaving office at the end of this year due to term limits. Adams is the overwhelming favorite for November’s election given that registered Democrats outnumber Republicans in the city by seven to one. David Dinkins was the first black mayor of New York City, serving from 1990-93.

Adams told CNN in an interview Wednesday morning that “it’s extremely exciting right now that, you know, just an everyday blue-collar worker, I like to say, is going to potentially become the mayor of the city of New York.” “This city is like many of our cities in America, we’re ready to finally look after working class people. And I’m going to be the mayor to symbolize that, partner with the other mayors across this country,” he said.