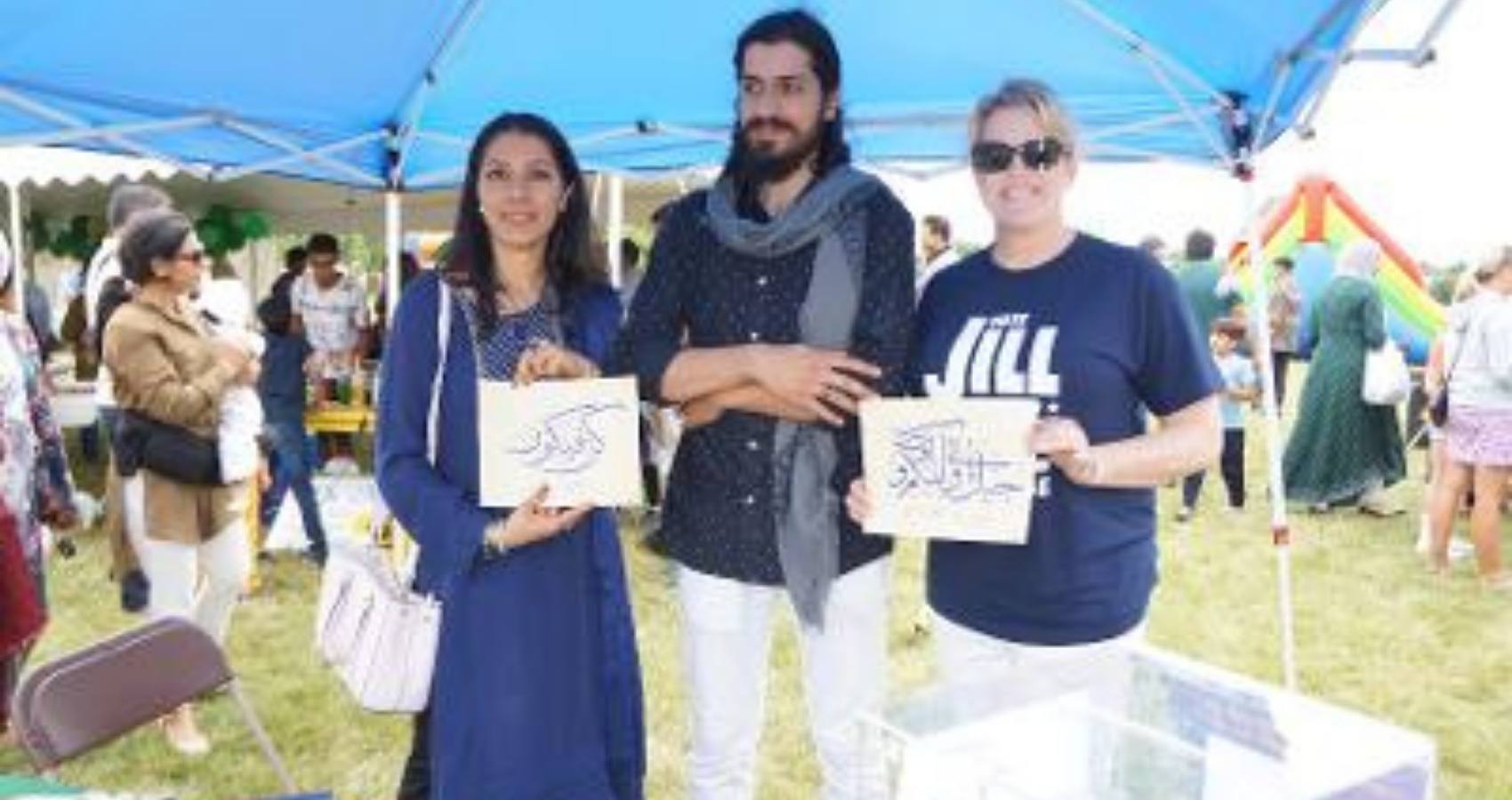 Chicago IL: The Muslim households of the White Eagle neighborhood in Naperville hosted their second annual Eid Fest on Saturday, June 25th. The event, held at the grounds of the local White Eagle elementary school, was attended by over four hundred people from White Eagle and the surrounding neighborhoods.

Eid, meaning ‘celebration’ or ‘festival’, is a religious holiday celebrated by Muslims. There are two dedicated times of Eid in Islam that Muslims celebrate. Eid ul-Fitr, sometimes called ‘small Eid’, is celebrated to commemorate the end of the fasting month of Ramadan. Eid al-Fitr literally means “the celebration of breaking the fast.” Eid ul-Adha, sometimes called ‘big Eid’, or “feast of the sacrifice”, comes at the end of the Muslim pilgrimage of Hajj, celebrated this year on July 9th. This Eid honors the willingness of Prophet Ibrahim to sacrifice his son Ismail as an act of obedience to Allah’s command. In Christianity and Judaism, this is told as the story of Abraham and his son Isaac. 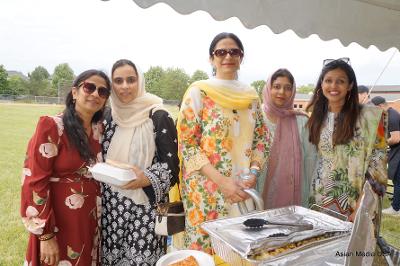 Organizers of the event say that the idea of a neighborhood Eid festival came about last year to bring the Muslim community, of the White Eagle neighborhood, together with its non-Muslim neighbors after COVID. One of the golden rules in Islam is to love your neighbor as you love yourself. The organizers wanted their non-Muslim neighbors to see who their Muslims neighbors were, share in their celebration and clarify a lot of misconceptions people have about Islam and Muslims.

Last year’s event was so well received that, this year, the organizers decided to make it bigger and invite the adjacent and adjoining neighborhoods to the festival. Each Muslim household, in the White Eagle neighborhood, volunteered and financially contributed to helping put the event together along with local business sponsorship from The Moin Haque Group, Hyline Dental, Movement Mortgage, AIC Multiple Line Insurance Agency, and Avis Budget car rental. The event had free rides, games, face painting, and henna tattoos. Local food vendors offered a variety of cuisine that included Indian, Pakistani, Middle Eastern and American cuisine. Vendors were also on hand selling traditional clothing and jewelry.

Organizers of the event say they hope to continue to host the event in the years to come and build bridges to their non-Muslim neighbors.