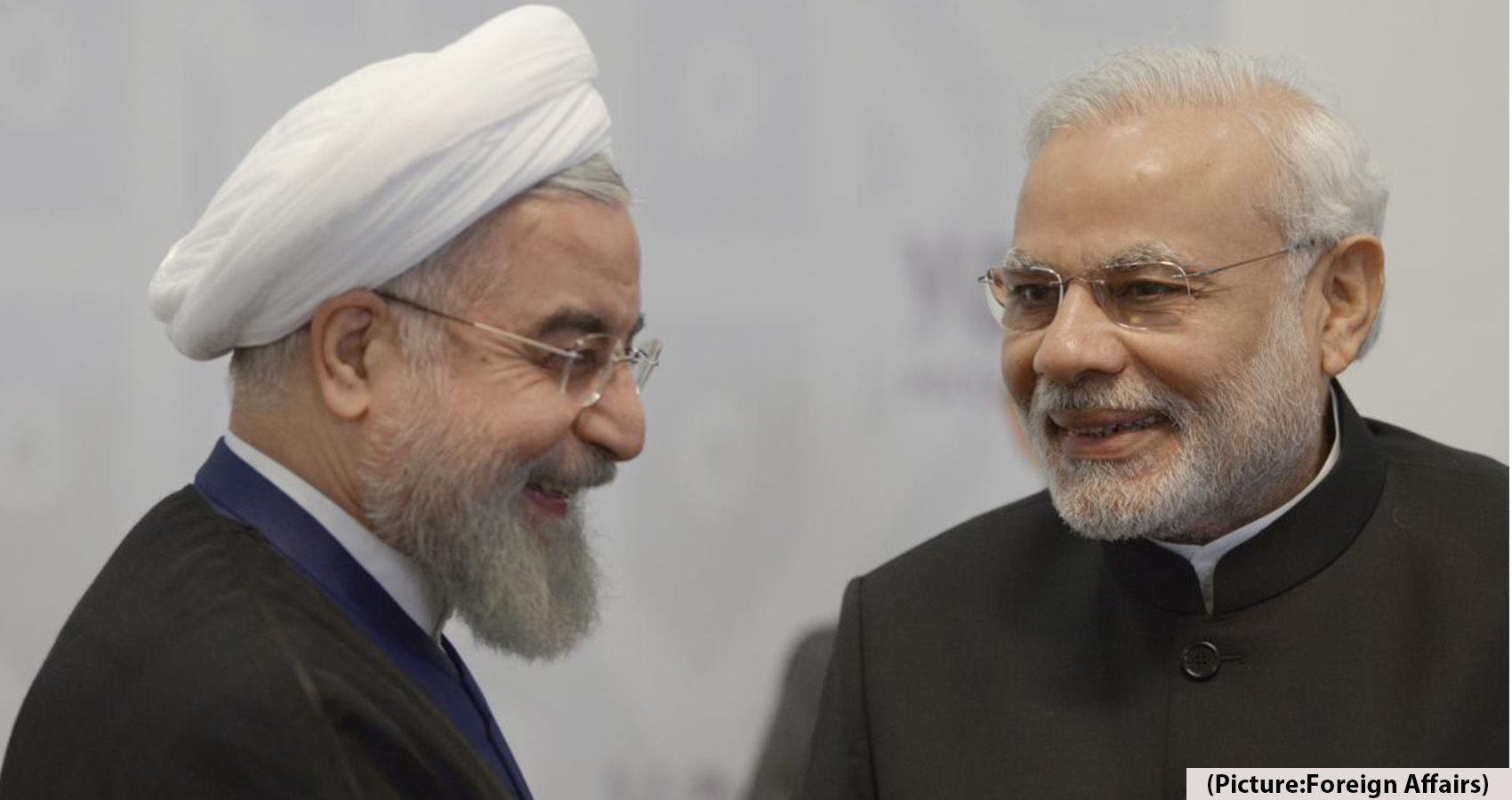 The presence of Indian Foreign Minister Subrahmanyam Jaishankar at the inauguration of Iranian President Ebrahim Raisi in Tehran this week might simply be a matter of protocol and an unremarkable expression of mutual goodwill. But as Afghanistan descends into crisis following the withdrawal of U.S. forces, New Delhi’s long-term calculus on the regional balance of power is nudging it toward stronger strategic cooperation with Tehran. 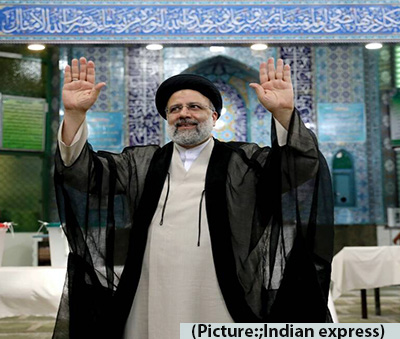 Iran appears eager to reciprocate. When Jaishankar was in Tehran last month on his way to Moscow, Raisi received him—making him the first foreign minister of any country to get that opportunity—and signaled Iran’s interest in stepping up cooperation with India. And in recent weeks, New Delhi and Tehran have intensified consultations on the rapidly evolving situation in Afghanistan.

Drawing India and Iran closer are common concerns about the Taliban’s Sunni extremism and their possible return to power in Kabul now that the United States is ending its military presence. So is the shared determination to prevent Pakistan’s hegemony over Afghanistan, which would not only profoundly alter the geopolitics of South and Central Asia, but have repercussions in West Asia as well.

On the flip side, New Delhi and Tehran have divergent perceptions on the U.S. role in the region. India’s strategic partnership with the United States has deepened in recent decades—at the same time as the confrontation between Washington and Tehran has escalated. Similarly, India’s relations with the United Arab Emirates and Saudi Arabia have intensified in recent years, while Iran and its Gulf Arab neighbors have increasingly been in conflict. India has also gotten closer than ever before to Israel, even as the hostility between Jerusalem and Tehran has intensified.

For New Delhi, managing the many contradictions in the Middle East is part of growing up as a geopolitical actor. India has begun to transcend the easy certainties of the post-independence decades, when its foreign policy framed the Middle East in simple binaries between Western imperialism versus the developing world, Israeli Zionism versus pan-Arabism, Islamism versus secular rule.

India’s Middle East policy was also shaped by the need to prevent Pakistan from mobilizing the region in the name of Islam in its disputes with India. Supporting Arab nationalism and promoting developing-world solidarity across political and religious lines, New Delhi hoped, would help counter Pakistan’s efforts to leverage pan-Islamism.

Since the end of the Cold War, India has worked to develop reasonable relations with most countries in the Middle East. The sole exception today is Turkey. India is deeply disturbed by the new alignment among Turkey, Pakistan, and Qatar to support the Taliban. New Delhi is also acutely conscious of the larger support for political Islam by these three countries and its implications for India’s own stability and security. If Afghanistan comes under the Taliban’s sway, the experience of the last episode of Taliban rule suggests there will very likely be an intensification of Islamist militancy in India’s Kashmir region and the rest of the country.

Unsurprisingly, then, New Delhi has taken a strong diplomatic stance against the violent overthrow of the current political order in Kabul, even as it has opened contact with the Taliban. To reinforce its political position on the ground—and to be of any consequence in Afghanistan—India needs a strong regional partner. In New Delhi’s calculus, Tehran is that partner.

But New Delhi and Tehran have not always been on the same page about Afghanistan. In the 1970s, India watched warily as Iran and Pakistan both sought to destabilize Afghanistan and draw it away from Soviet influence, ultimately triggering the Soviet invasion and occupation. After the Iranian revolution, the new regime in Tehran was preoccupied with the Iran-Iraq War and its growing conflict with the Gulf Arab states, which left it with little time and resources for Afghanistan.

But once the war with Iraq ended, Iran began to pay closer attention to Afghanistan again, which at the time was embroiled in a civil war that followed the Soviet occupation. After the Taliban gained control of Afghanistan in 1996 and began to target Shiite and Persian-speaking minorities as part of their harsh Sunni ideology, Iran joined hands with Russia and India to support the so-called Northern Alliance fighting Taliban rule.

It does not seem likely that a return of the Taliban to power would reinstate the old Indian-Iranian-Russian coalition. Moscow, this time around, is giving the Taliban the benefit of a doubt and otherwise focused on working closely with Islamabad. China, which has good relationships with Pakistan and Russia and a deteriorating one with India, also seems open to an early normalization of the Taliban.

All these realignments leave Iran as the most important potential partner for India in Afghanistan, not least to help with geographic access for the delivery of civilian and military assistance to the Afghan government. While the shortest route from India to landlocked Afghanistan is through Pakistan, Islamabad has been unwilling to facilitate New Delhi’s overland access. Instead, India has long looked to Iran as the gateway to Afghanistan and from there to Central Asia. These efforts aren’t new: Since the fall of the Taliban in 2001, successive Indian governments have invested in alternative access to Afghanistan through Iran.

The government of Indian Prime Minister Narendra Modi has therefore devoted special attention to transportation infrastructure linking Iran with Afghanistan. India is helping build out Chabahar port on Iran’s southeastern coast and is now promoting Chabahar as a viable option for connecting Central Asia and Afghanistan to the Arabian Sea via Iran—as an alternative to the China-Pakistan Economic Corridor. New Delhi and Tehran are also interested in exchanging notes on the turbulent Baluchistan region that straddles Iran and Pakistan along the Arabian Sea and reaches into Afghanistan.

But any cooperation between India and Iran will be constrained by multiple factors. Although both countries share apprehensions about the Taliban’s ideological orientation, Iran of course shares their intense anti-Americanism. Tehran has maintained close contacts with the Taliban not only as a hedge against the group’s return to power but also as a useful instrument to push U.S. forces out of its neighborhood. At the same time, Iran is preparing to counter the Taliban if they begin to express their Sunni extremism. India has a lot less flexibility than Iran on the Taliban, given the group’s alignment with a hostile Pakistan.

India hopes that a Raisi-led Iran will be able to de-escalate tensions with the United States and de-conflict ties with its Gulf Arab neighbors.

India has struggled to shield its evolving Iran relationship from Washington’s maximum pressure campaign against Tehran. New Delhi has been less willing than Beijing and Moscow to skirt U.S. sanctions—for example, by taking Iranian oil shipments. Meanwhile, Tehran has kept up continuous pressure on New Delhi to increase its distance from Washington on Iran-related issues.

Iran’s potential support for the Kabul government against the Taliban could also be a mixed blessing for Kabul. Over the last few years, Iran has developed the Fatemiyoun Brigade, which is composed of Afghan Shiite fighters and has been deployed in Syria. Earlier this year, Iranian Foreign Minister Mohammad Javad Zarif offered the services of the brigade to the Afghan government, but Kabul worries about inflaming the sectarian passions in the country. New Delhi is conservative by instinct in these matters and would prefer traditional forms of support to Kabul or a broad-based anti-Taliban coalition rather than the sectarian militias.

To be sure, the Taliban themselves give a sectarian dimension to the conflict in Afghanistan. But the Iranian use of a Shiite brigade to intervene in Afghanistan could trigger support for other groups from various Middle Eastern powers, notably the Gulf Arab states. New Delhi, however, would like both Tehran and the Gulf Arabs to see the long-term threats to their own stability from the Taliban rather than viewing the group through the lens of sectarian conflict. The Taliban’s triumphalism at having successfully resisted the United States will give a big boost to Islamist groups seeking to overthrow governments across the region.

India has not forgotten that Iran, which shares borders with Afghanistan and Pakistan, has always been a critical factor in the region’s geopolitics. From the 1950s until the 1970s, the shah’s Iran had the big strategic ideas about economic modernization, connectivity, and regional integration between the Middle East and the subcontinent. It was only after the 1979 Islamic Revolution in Iran and the Soviet occupation of Afghanistan that Pakistan, with its weaponization of Islamist extremism, became the main external driver of Kabul’s unfortunate destiny.

India’s recent high-level contacts with Iran have raised hopes in New Delhi that Raisi’s close ties with Iranian Supreme Leader Ali Khamenei might bring greater coherence to Iran’s regional policies. India also hopes that a Raisi-led Iran will be able to de-escalate tensions with the United States and de-conflict ties with its Gulf Arab neighbors. In fact, back-channel talks between Iran and Saudi Arabia that have been going on since April could, according to some accounts, be close to a breakthrough. Skeptics will raise an eyebrow at those hopes. But as the situation in Afghanistan deteriorates, New Delhi has no choice but to build on the few options it has with Iran—and manage the consequences.

(C. Raja Mohan is the director of the National University of Singapore’s Institute of South Asian Studies and a former member of India’s National Security Advisory)