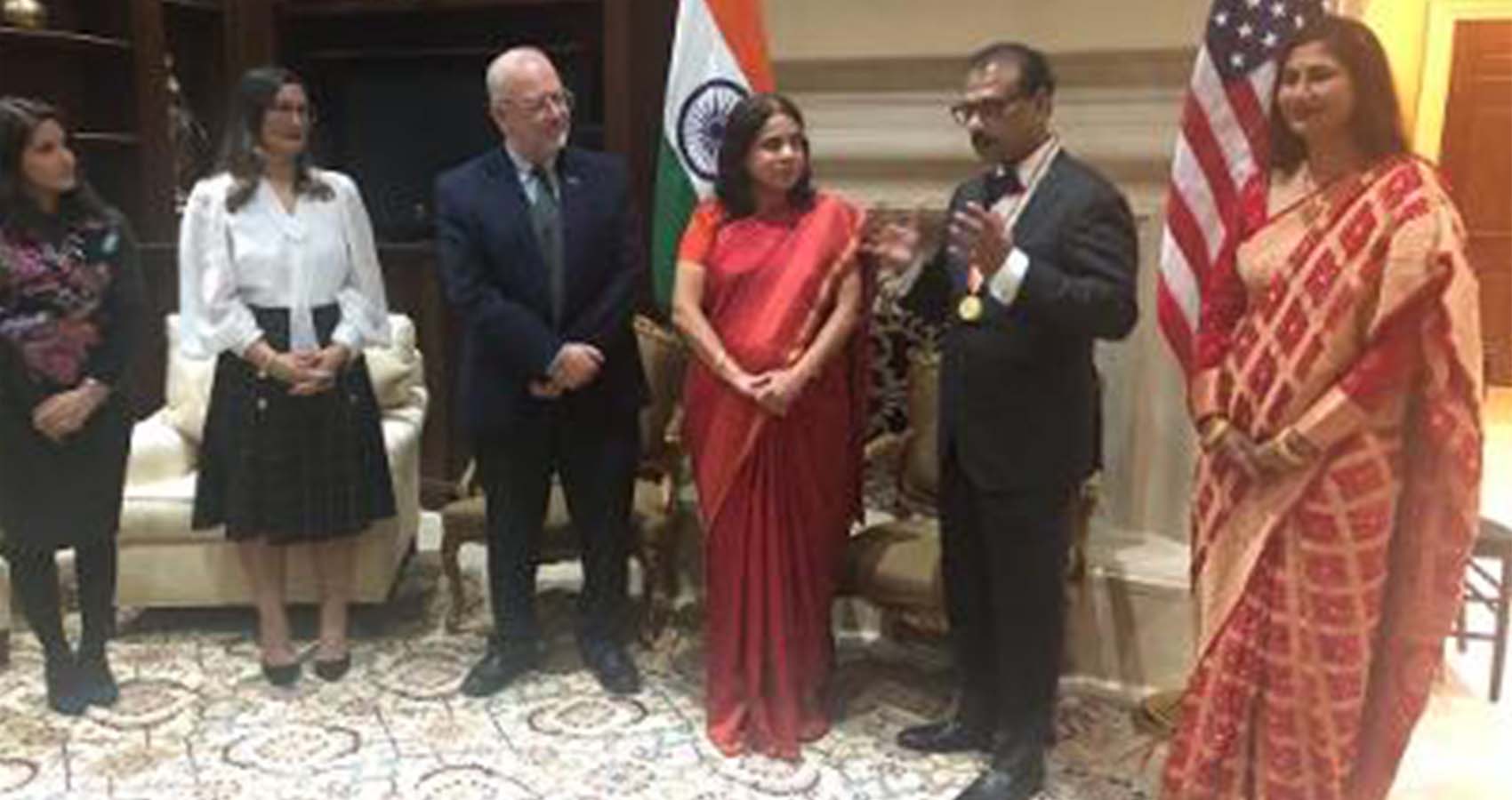 Dr. Sudhakar Jonnalagadda, Immediate Past President of the American Association of Physicians of Indian Origin (AAPI), was conferred The Pravasi Bharatiya Samman Award (PBSA 2021) in person during a solemn ceremony at the Indian Consulate in Atlanta, GA on December 5th, 2021. 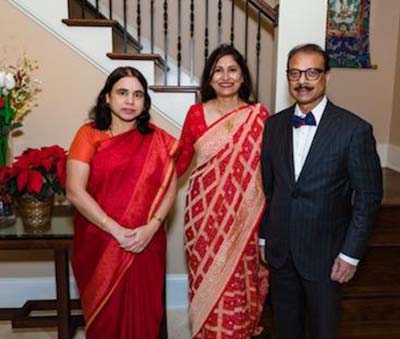 While responding to this great honor, Dr. Jonnalgadda said, “It’s my great honor and privilege that I have been chosen to be a recipient for the prestigious award by the government of India, the Pravasi Bharatiya Samman Award 2021 (PBSA), the highest honor conferred on Persons of Indian Origin in recognition of their outstanding achievements both in India and abroad.”

Dr. Jonnalagadda expressed his “sincere gratitude and appreciation to the government of India for selecting me for this prestigious award. In recognizing me, the government has recognized all the medical professionals who have been in the forefront, fighting Covid -19, including those who have laid their lives at the services of treating patients infected with the deadly virus. “

Stating that “It’s fitting to dedicate this award to all my AAPI family members and the entire medical fraternity,” the past president of AAPI said, “This award will strengthen us all to recommit our skills, talents and efforts for the greater good of humanity, as the Covid pandemic continues to devastate many countries, impacting the lives of hundreds of millions of people around the globe. Together we will face the challenges and defeat the virus and make this world a better and safer place for all of us to live and flourish. Congratulations to all of my co-awardees.”

Dr. Jonnalagadda, said, “I wanted to express my sincere gratitude and appreciation to the government of India for selecting me for the prestigious award. In recognizing me, the government has recognized all the medical professionals who have been in the forefront fighting Covid, including those who have laid their lives at the services of treating patients infected with the deadly virus. This award will strengthen the medical fraternity to recommit our efforts, skills and talents for the greater good of humanity. Congratulations to all of my co-awardees.”

Dr. Jonnalagadda was born in a family of physicians. His father was a Professor at a medical college in India and his mother was a teacher. He and his siblings aspired to be physicians and dedicate their lives for the greater good of humanity. “I am committed to serving the community and help the needy. That gives me the greatest satisfaction in life,” he said.  Ambitious and wanting to achieve greater things in life, Dr. Jonnalagadda has numerous achievements in life. He currently serves as the President of the Medical Staff at the Hospital.

His vision for AAPI has been to increase the awareness of APPI globally and help its voice heard in the corridors of power.  A Board-Certified Gastroenterologist/Transplant Hepatologist, working in Douglas, GA, Dr. Jonnalagadda is a former Assistant Professor at the Medical College of Georgia. He was the President of Coffee Regional Medical Staff 2018, and had served as the Director of Medical Association of Georgia Board from 2016 onwards. He had served as the President of Georgia Association of Physicians of Indian Heritage (GAPI) 2007-2008, and was the past chair of Board of trustees, GAPI. He was the chairman of the Medical Association of Georgia, IMG section, and was a Graduate, Georgia Physicians Leadership Academy (advocacy training).

Dr. Jonnalagadda was chosen for the highest civilian award given to any NRI by the Government of India in the field of Medicine and for his great leadership of AAPI, the largest ethnic medical organization in the US, especially during the Pandemic. AAPI represents the interests of the over 100,000 physicians and Fellows of Indian origin in the United States, serving the interests of the Indian American physicians in the US and in many ways contributing to the shaping of the healthcare delivery in the US and to some extent in India for the past 39 years.