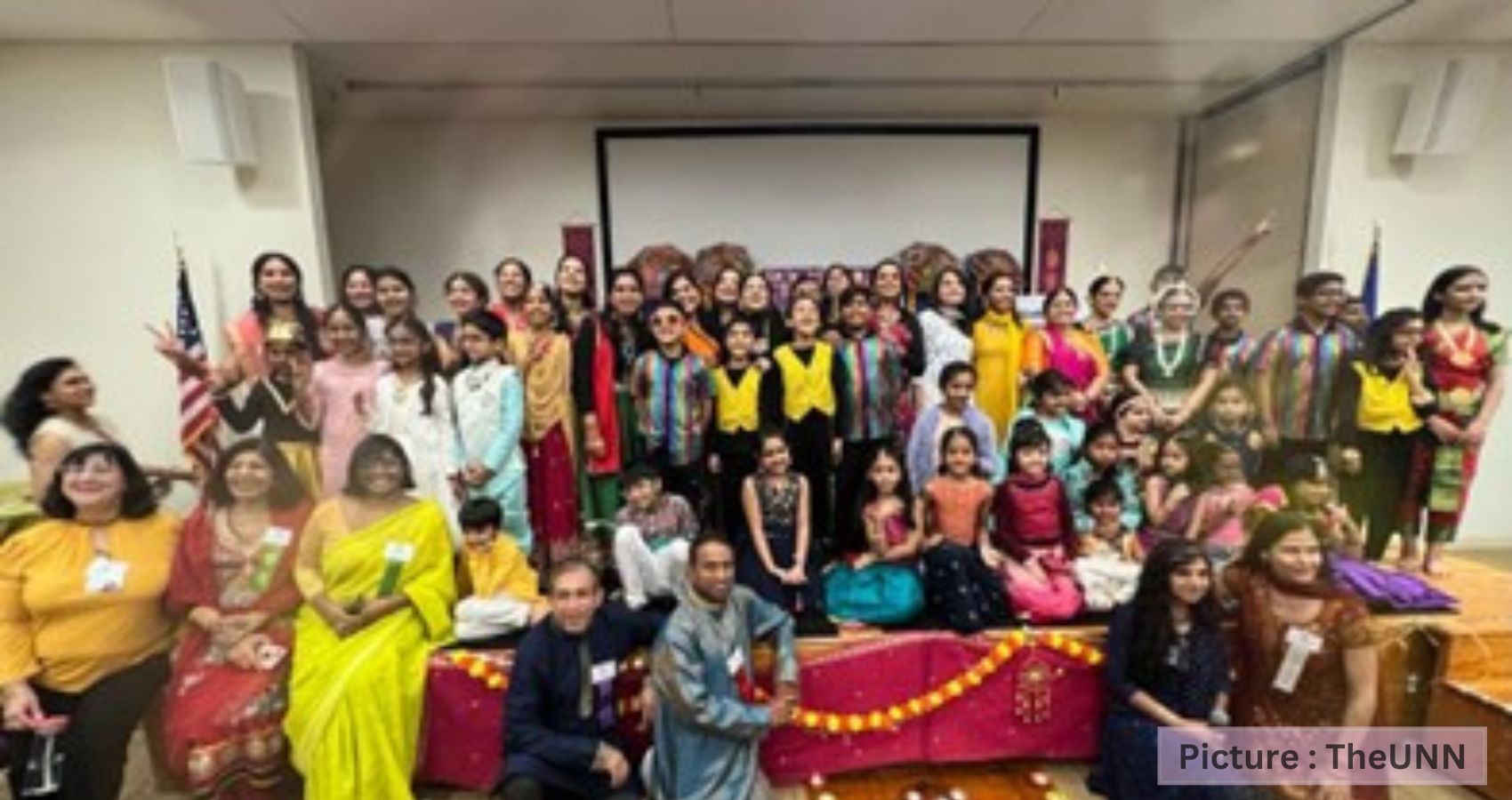 Ferguson Library, Stamford in coordination with The Connecticut Chapter of the Global Organization of People of Indian Origin (GOPIO-CT) celebrated Diwali, the Festival of Lights, on Sunday, Nov. 13th 2022.

The program started with a welcome address by the Library President Ms. Alice Knapp, who thanked GOPIO for initiating this celebration and all the attendees for their show of support by their participation. Ms.Knapp also said that the library looked bright and very colorful with all the decorations and was thrilled to hear that there were more than 80 performers at this year’s cultural show. This is the second year that the Library and GOPIO-CT have organized this event. At last year’s event, the Indian Consulate in New York had donated books for the “India Corner” at the library.

A traditional lamp was lit by Ms. Knapp,  Ms. Klompus, Mr.Prasad and other GOPIO members present. GOPIO Executive Vice-President Prasad Chintalapudi said that there is so much to learn from the Diwali festival. He said that the Devas and Asuras both gain knowledge and power but Devas use it for purpose of community growth and Asuras use it for destruction. Diwali festival is celebrated all over the world including at White House every year. This year New York Mayor Adams declared Diwali to be a school holiday in 2023.

The event was chaired by GOPIO Jt. Secretary Mahesh Jhangiani and Yelena Klompus the Library’s ELL, Citzenship & Cultural Programs manager. Prachi Narayan, Anita Mathur, Ashvini Persuad, and Shilpa Bhakta made the auditorium colorful with all the decorations.  Darshana “A glimpse into Hindu civilization” traveling exhibit was on display, offering an opportunity to learn about various topics ranging from yoga and divinity to mathematics and administration. Non-perishable food items were also collected for local food banks through the Sewa Diwali initiative.

Roushan Ahmed, a gifted  local henna  artist applied intricate  and exquisite Henna designs for everyone. Following the ceremony, Indian American dancers including children performed Indian classical, folk and Bollywood dances representing the different regions of India. Unity in diversity was the theme for the afternoon.  Yashasvi Jhangiani and Prachi Narayan kept the audience engaged and the cultural program flowing smoothly. The auditorium was packed, and this promises to become one of the library’s more popular celebrations. After the cultural show light Indian snacks and pizza was served to attendees.