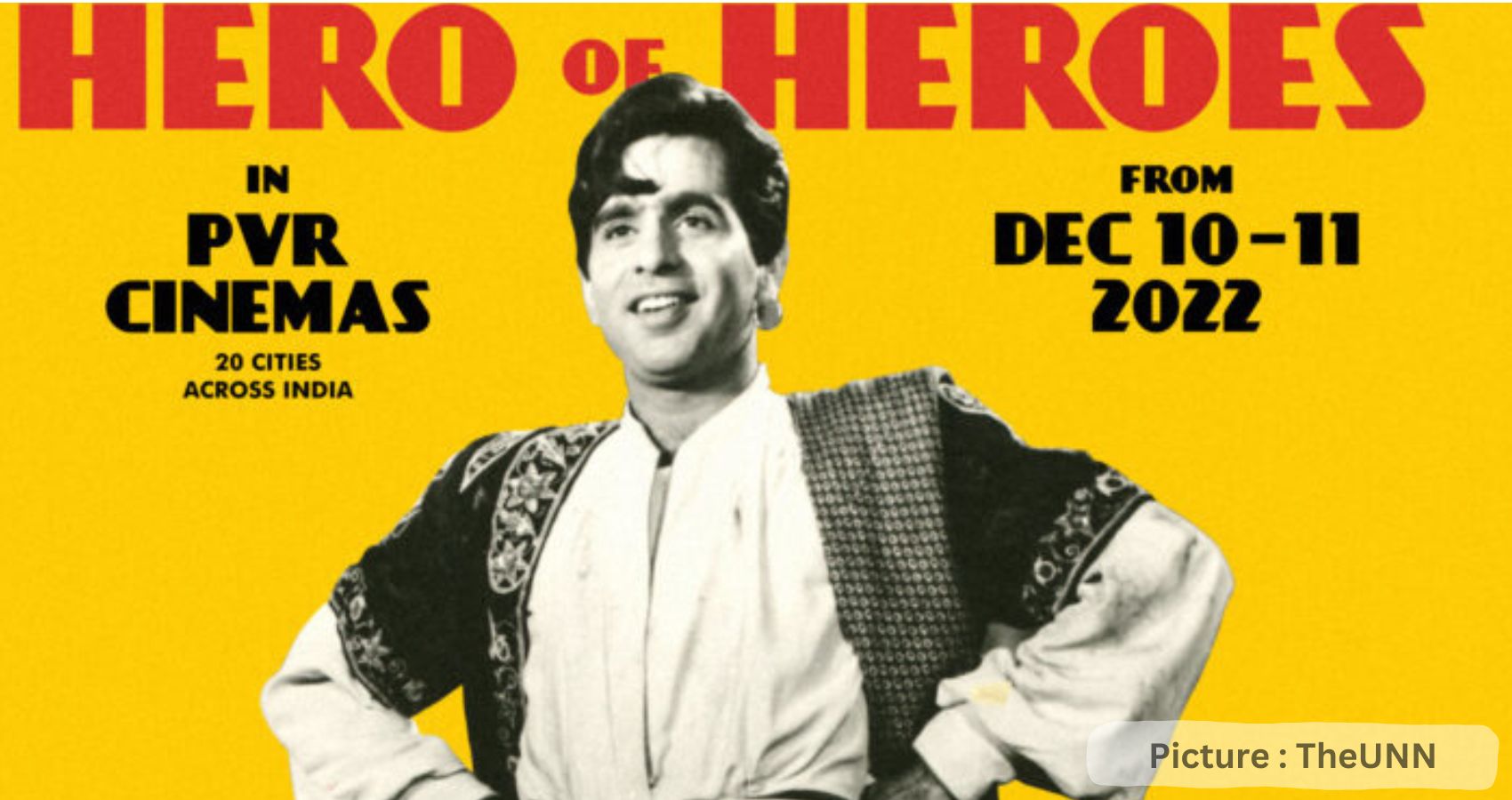 Fresh off the success of the Bachchan Back To The Beginning festival, the not-for-profit organization Film Heritage Foundation has announced the unique fest titled Dilip Kumar—Hero Of Heroes to mark the centenary celebrations of film icon and Dadasaheb Phalke laureate Dilip Kumar. Real name Yusuf Khan, he is among the greatest legends of Hindi cinema.

Audiences in Mumbai, Delhi, Gurgaon, Noida, Pune, Bareilly, Kanpur, Varanasi, Allahabad, Raipur, Indore, Surat, Ahmedabad, Kolkata, Bengaluru and Hyderabad will get a first-hand experience of witnessing the sheer magnetism and versatility of one of the greatest actors of Indian cinema on the big screen.

Shivendra Singh Dungarpur, filmmaker, archivist and director, Film Heritage Foundation, states, “Dilip Kumar is turning 100! What an incredible opportunity to bring back one of the greatest actors of Indian cinema on the big screen. He truly is the “Hero of Heroes”, as even today, he is an actor that the biggest stars look up to. Film Heritage Foundation could think of no better way to celebrate this milestone than a festival of his films in theatres. Even though some of these films were released 70 years ago, the power of Dilip Kumar’s performances, his craft as a method actor and his charisma make him ageless. I was so excited thinking of how many of his films I could curate to mark the occasion. How did one choose for an actor with such an outstanding body of work? Little did I know then that I would have the opposite problem. I was shocked and heartbroken to discover that many of his great films survived only in low-resolution formats that could not be projected on the big screen.”

The archivist adds, “Should the films of a towering persona, who had dominated cinema for so many years, be confined to a small computer screen or a phone in danger of being forgotten? I cobbled together these films with great difficulty, with many people asking why some of their favorite Dilip Kumar films were not included. How can one make them understand? I hope this will be a wake-up call to filmmakers and producers. Time is running out and that they should look into preserving their films before it is too late. I would like to thank PVR Cinemas, especially Ajay Bijli, for giving us a platform to celebrate Indian classic cinema on the big screen again.”

Dilip’s wife, Saira Banu, added, “I am so happy that Film Heritage Foundation is celebrating Dilip-sahab’s 100th birthday on December 11 this year. They could not have chosen a more apt title to commemorate India’s greatest actor. He was my favorite hero from the time I was 12 years old when I first saw him in Aan in Technicolor. It will be a joy to watch him back on the big screen, larger-than-life, like he has been in my life.”

Amitabh Bachchan stated, “As Dilip Kumar turns 100, I am so glad that we at Film Heritage Foundation are celebrating his legacy in theatres. I would urge every film lover and contemporary actor who has not watched Dilip Kumar not to miss the incredible opportunity of watching this giant back on the big screen. It will be a masterclass in acting. Even today I am learning every time I watch his films. Dilip Kumar was, and is, my idol.”

He goes on, “I am still to meet an actor who could match his faultless performance, his flawless diction and the commitment he brought to his craft. His every spoken word was poetry, and when he appeared on the screen, everything else was a blur. I had the privilege of sharing the screen with him just once in Shakti—an experience I cherish. I was deeply disturbed to hear that many of his films are not in a condition to be screened in cinemas. Film Heritage Foundation is working day and night to ensure that the work of legends like Dilip Kumar survives and is preserved and restored to be shown to new generations.”

Kamal Haasan also stated: “Yusuf- sahab set an international bar for Indian actors to follow. He was erudite, eloquent and excellent in his chosen field. Cinema can make people believe that those who have departed are still alive. In that context, to me Dilip Kumar ji is one of the world’s best actors. I’m grateful to Film Heritage Foundation for keeping this heritage alive.”