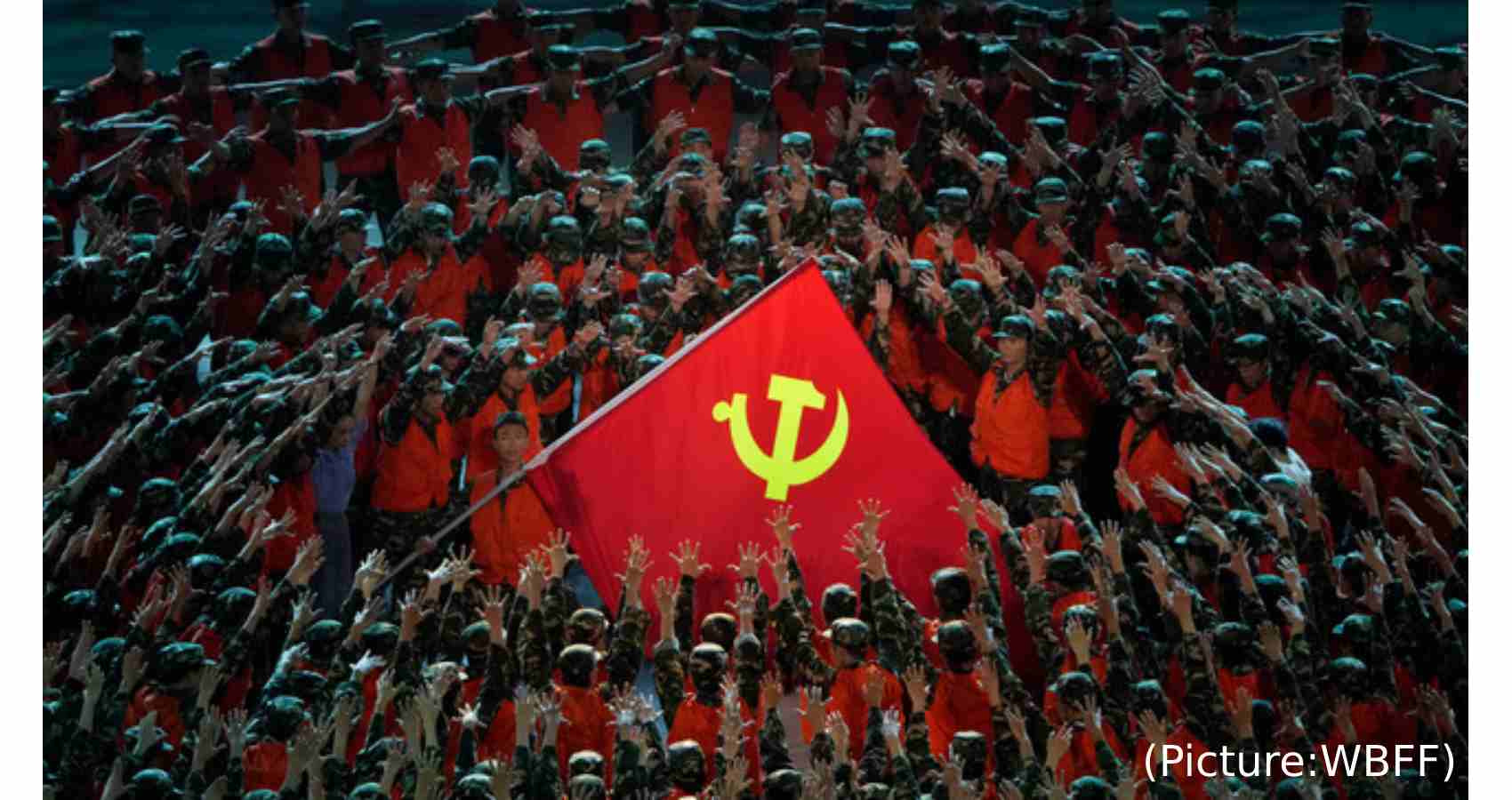 A hundred years ago, sometime in July 1921, 13 young men gathered in the Chinese city of Shanghai to found a tiny political grouping: the Chinese Communist Party (CCP). Today that party rules a quarter of humanity, presiding over the second biggest economy and second-best funded military in the world. What stands out in the history writing project in China is that the same party, over the course of a 100 years of its existence, has approached the history of China and that of its own differently at different moments in time.

According to Rana Mitter, an analyst and expert on China, “The combination of factors that the CCP has brought together in today’s China has no exact parallel in history.” He says, the first factor is authoritarian government. The CCP has never been keen on liberal democracy, but in the past decade it has been explicit that it regards its one-party state as a meritocratic alternative to liberal democracy, not a stepping stone toward it. In the past year, the party has drawn attention to its successful suppression of Covid-19 in China under its own political system, and contrasted it with what party-aligned voices have called the democratic West’s failure to respond. 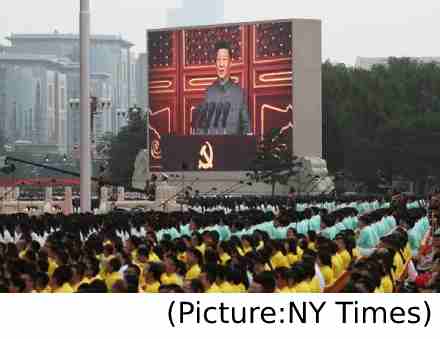 The second is the creation of a consumerist lifestyle. Back in the Cold War, then-US Vice President Richard Nixon and Soviet leader Nikita Khrushchev clashed in the “kitchen debate” over which system, capitalism or communism, could create a better lifestyle for ordinary people. In that case, most people might say the US has been the clear winner. But today, China’s emerging middle class can point to a lifestyle that is far beyond anything their parents or grandparents might have imagined. They have some of the world’s most sophisticated mobile phones, they go on vacation to glamorous locations within China (the tropical paradises of Hainan or Dali), and they live in some of the fastest-growing cities on earth.

Of course, this is still just one part of the population. There is plenty of poverty all over China, and even for well-paid urbanites, there are many problems ranging from expensive mortgages to lack of pensions. But the creation of the party’s idea of the “Chinese dream” is a reality for many of the new middle class. The third element the CCP has brought to bear is its global ambition. Back in the 1980s, Deng Xiaoping, the paramount leader who followed Mao Zedong, advised that China should lie low and bide its time, getting rich first and only seeking global glory later on.

Thirty years later, today’s party general secretary and national president, Xi Jinping, has made it clear that the CCP needs to make a splash in the world. The party’s global ambitions take many forms. They include the Belt and Road Initiative — the label given to the plan to provide loans for infrastructure development across Asia, Africa, and even Latin America. China also has sought more influence at the United Nations, including in key institutions such as the World Health Organization. Trade agreements are also part of the plan. The Regional Comprehensive Economic Partnership is a free-trade agreement that puts China at the heart of an economic network across the Asia-Pacific; the US is not a member.

Finally, but perhaps most significantly, the CCP is using technology to change society both at home and abroad. China spent 2.4% of its GDP on research and development in 2020, and the technology produced by this investment has both military and civilian uses: For instance, artificial intelligence can be used by the security services to pinpoint dissidents via specific technologies like facial recognition, but it can also turn up consumer insights from the vast e-payments system that is making cash more and more outdated in China.This serves the party’s purposes, giving people everyday convenience while generating huge amounts of data that, many predict, will allow for unprecedented political control.

In 2012, soon after he became General Secretary of the Chinese Communist Party (CCP), Xi Jinping gave a speech at a foreign press briefing on what he sees as the road ahead for China. Ironically, in an address dedicated to the future of China, it was history that stood out as the focal point. Xi pointed to China’s “five thousand years and more of evolution as a civilization” in which the nation had made “indelible contribution to the progress of human civilization”. He also spoke about the hardships and sufferings endured by China in modern history and how “since its founding, the Communist Party of China had made great sacrifices and forged ahead against all odds.”

The role of history has been paramount in a China led by the Communist Party. Journalist Ian Johnson in his essay, ‘The presence of the past- A coda’ (2016), takes stock of this when he writes, “Communism itself is based on historical determinism: one of Marx’s points was that the world was moving inexorably towards Communism, an argument that regime builders like Lenin and Mao used to justify their violent rise to power.”

The CCP has succeeded in holding onto power because it is an unashamedly nationalist party. It believes that China was weakened in the 19th century because it did not have a clear idea of what kind of state it wanted to be. The CCP fiercely guards its territorial boundaries, and it regards criticism of its internal actions as “interference” with its sovereign rights. In the past year, there has been global alarm at the constraining of rights regarding free speech and democratic activism in Hong Kong under the National Security Law of 2020, as well as the detention of Uighur citizens in what the government terms “re-education” camps in the western province of Xinjiang. (The party also maintains the stated goal of reuniting Taiwan with mainland China and has laid controversial claims on disputed territories in the South China Sea.)

“What’s interesting with the CCP is that you see from a very early stage, a very conscious decision that artists and intelligentsia, or cultural production of which history writing is a part, had to serve the interests of the party,” says Arunabh Ghosh, historian of Modern China at Harvard University. He explains this relationship between the professional historian and the state historically, when he suggests that there exists a 1000-year-old history in China of employing bureaucrats through a meritocratic exam. “What that means is that intellectuals have been employed in the imperial project in a systematic way,” he says, adding that the legacy of this system has affected the relationship between the intellectual and the state right down to the present government under Xi.

What also stands out in the history writing project in China is that the same party, over the course of a 100 years of its existence, has approached the history of China and that of its own differently at different moments in time. As the party evolved, so did its relationship with the past. What was marginalized under Mao is now glorified by Xi, critical moments of CCP’s history suppressed or recovered to suit the party, while leaders, once crucial to the party, are now deemed as uncomfortable faces in its memory. While on one hand discussing episodes such as the Cultural Revolution and the Tiananmen Square protests is almost taboo, on the other hand important leaders of the CCP who later fell out with the party like Gao Gang and Liu Shaoqi are erased from history text books. 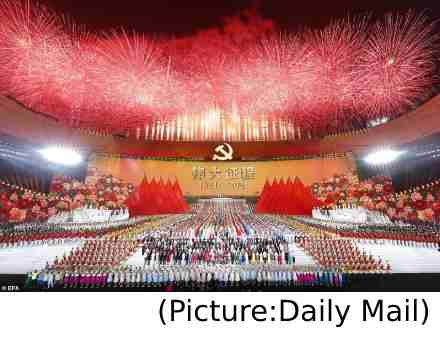 The significance of Mao in the history of modern China can never be overemphasized. Mao to China was what Stalin was to the Soviet Union. He was the founder of the People’s Republic of China (PRC) in 1949, and yet under him the country experienced some of the bloodiest and most controversial episodes in its history. After coming to power, Mao consolidated his control over the country through campaigns against landlords and counter-revolutionaries. His anti-rightist campaign between 1957 and 59 is known to have led to the execution of hundreds and thousands of critics of the party. The Great Leap Forward, an economic and social campaign initiated by Mao in 1958 to reconstruct the Chinese agrarian economy according to a Communist model resulted in what is believed to be the greatest famine in the history of the country.

Then came the Cultural Revolution, a movement that lasted for 10 years and led to unprecedented class violence and destruction of cultural artefacts. A 1994 report in the Washington Post suggests that Mao was responsible for more than a 100 million deaths, caused by the dozen or so campaigns launched by him between 1949 and 1976 when he died. The year 1989 is yet another landmark moment in the history of modern China. A student protest that began on account of the sudden death of CCP general secretary Hu Yaobang, soon turned into a movement centered on broader issues such as corruption, democracy, freedom of the press and the like. Thousands of students marched down to Tiananmen Square and as the protests kept developing the administration responded with both placatory as well as hardline tactics. On June 4, the government declared Martial Law and an estimated 300,000 troops of the PLA were called in to suppress the protest. Estimates of the number who died range from 1000 to 3000 and several others were wounded. The suppression of the Tiananmen protests was widely condemned by the global community.

This period of domestic turmoil received a further shock when the Soviet Union disintegrated between 1988 and 1991. “The message that a lot of the CCP leaders took was that if this can happen to the Soviet Communist Party, then this can happen to us, and how do we then prevent it from happening,” says Ghosh. One of the things that the party did very consciously after the crackdown at Tiananmen is to change the content of education. Thereafter, one of the campaigns it mounted in the early 1990s is the Patriotic Education Campaign. The primary goal of the campaign was to construct a historical memory of China in which the CCP had played a major role in the country’s independence and the influence that foreign countries had on it.

Scholars agree that what began in the 90s, has reached new heights under the Xi Jinping years. One way of doing so for the party is to promote itself aggressively as the defender of Chinese culture and traditions. Interestingly, till the 90s, most of these traditions were labeled as ‘feudal superstitions’. The glorification of China’s ancient past is best illustrated by Xi’s embrace of Confucius, the sixth century Chinese philosopher. Ironically, the party under Mao, had tried to uproot Confucian thought from Chinese society as they believed it to be a feudal leftover that hindered the growth of socialism. Xi, in contrast, visited the hometown of Confucius soon after taking over the role of president, and pledged to read Confucian texts. The following year, he became the first Communist Party leader to commemorate Confucius’ birth anniversary.

In recent years, China has emerged assertive in its territorial claims, for instance, over the East and South China Seas. At the same time it is also interested in shaping international organisations. For that effect the CCP uses the narrative of the war and its defeat of Japan to claim an elevated place in the postwar global order. As Mitter notes, Chinese thinkers argue, “China, like the United States, should be able to draw on its own record as one of the victorious allied powers to define its own vision of the region. Like other allies, China also seeks to legitimise its own behaviour and give itself prestige by virtue of its contributions to the wartime victory.”