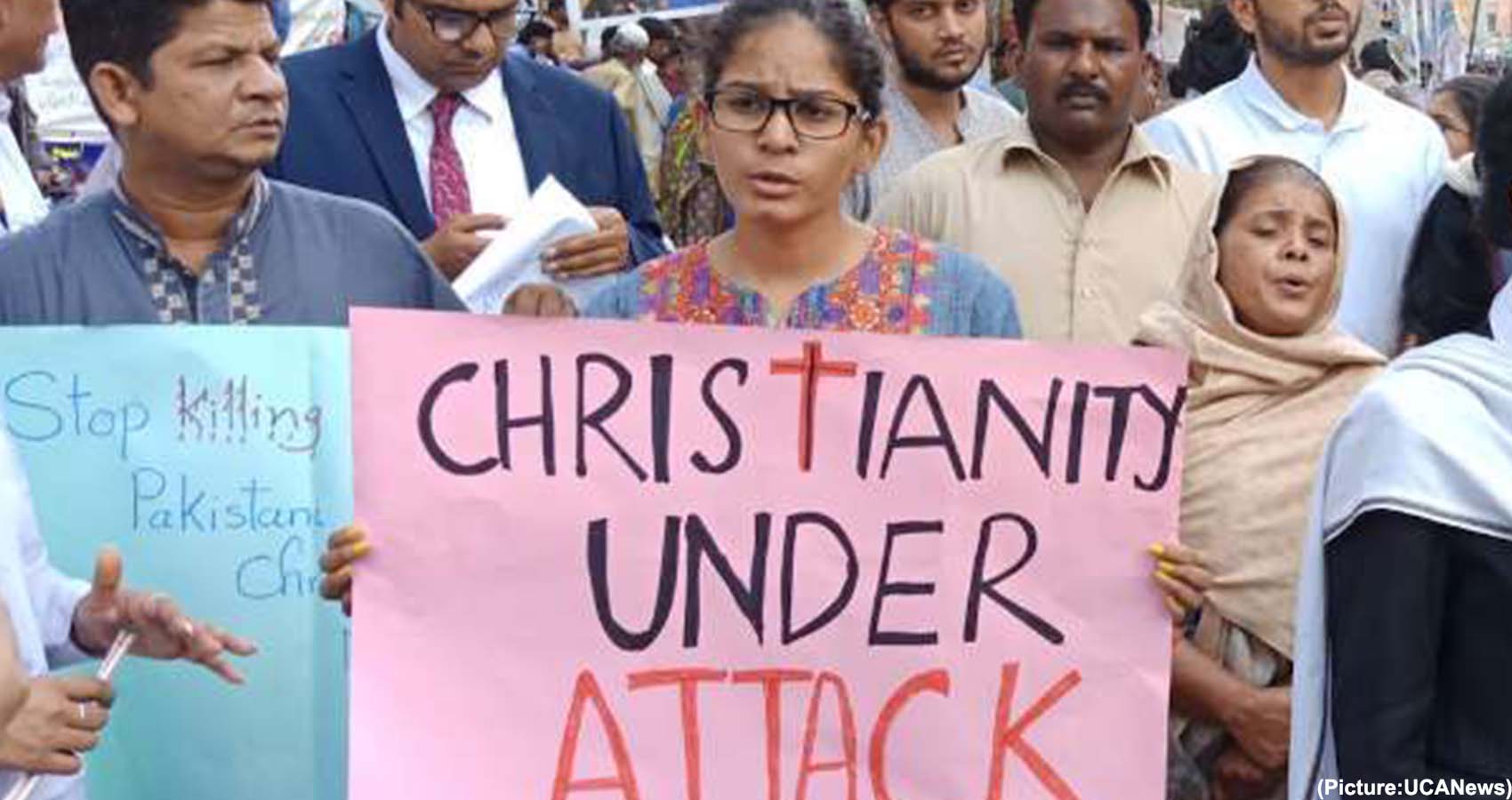 Recent killing of Priyantha Kumara, the Sri Lankan general manager of a garment factory in Sialkot city of Pakistan has again brought focus on infamous blasphemy laws of Pakistan.   The charred body of a factory manager who was lynched by a mob in Pakistan for alleged blasphemy was brought back to Sri Lanka on December 7, 2021. Sri Lankan national Priyantha Kumara was assaulted by a mob of hundreds of people before being dragged into the streets and set on fire on December 3, 2021, in Sialkot, Pakistan, where he helped run a sports equipment factory. Workers at the factory accused him of desecrating posters bearing the name of Islam’s Prophet Muhammad.

Pakistan, an Islamic state, has notoriously draconian laws against blasphemy, which carry the death sentence. The laws are often used against religious minorities and those accused are sometimes lynched before they are proven guilty in a court. The culture of fear around blasphemy cases means judges are often too afraid to find the accused anything other than guilty. A 2019 report in Dawn, quoting the Centre for Social Justice said that at least 62 men and women have been killed on mere suspicion of blasphemy between 1987 and 2015.  A report titled “As Good As Dead” released by Amnesty International in 2016 said that a total of 633 Muslims, 494 Ahmadis, 187 Christians and 21 Hindus have been accused under various provisions on offences related to religion since 1987. 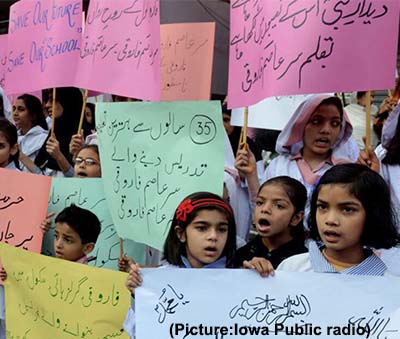 Evolution of Pakistan’s Blasphemy Laws Offences relating to religion in Pakistan were introduced in the colonial era in British India – which included the territory that is now Pakistan – to prevent and curb religious violence between Hindus and Muslims. Under the military government of General Zia-ul-Haq (1977-1988), who set the process of Islamization in Pakistan, additional laws were introduced against blasphemy that were specific to Islam.

The most frequently invoked blasphemy laws in Pakistan’s Penal Code are Sections 295-A (outraging religious feelings), 295-B (desecrating the Quran), 295-C (defiling the name of the Prophet Muhammad) and 298-A (defiling the names of the family of the Prophet Muhammad, his companion or any of the caliphs). When charges are levelled under most of these laws, the police have the authority to arrest the alleged offender without a warrant and can commence their investigation without orders from the magistrate’s court. In 1990, the Federal Shariat Court, responding to a petition, ruled that the death penalty was mandatory under 295-C. Since then, the law is bending on all courts.

The successive governments in Pakistan have yielded to Islamic radicalism and fundamentalism. The Blasphemy laws are used as tool by the extremist elements to harass and target minority communities in Pakistan. These laws are also used to settle property issues or vendettas as observed by Supreme Court of Pakistan in Malik Muhammad Mumtaz Qadri vs The State, “The majority of blasphemy cases are based on false accusations stemming from property issues or other personal or family vendettas rather than genuine instances of blasphemy and they inevitably lead to mob violence against the entire community.”

This Pakistan’s blasphemy laws violate human rights, both in their substance and their application – whether this is violations of human rights by the state, or abuses of the laws by non-state actors. The laws do not meet human rights standards and lack essential safeguards to minimize the risk of additional violations and abuses.

One of Pakistan’s most infamous blasphemy cases is that of the Christian woman Asia Bibi, a 45-year-old Christian farmhand and a woman with responsibility for five young children from the village of Ittan Wali, near the Punjabi city of Sheikhupura. She was sentenced to death in 2010 after being accused of blasphemy by her co-workers. Almost a decade later she was acquitted after heavy international pressure. Speaking to BBC, she said,”My husband was at work, my kids were in school, I had gone to pick fruit in the orchard,” she said. “A mob came and dragged me away. They made fun of me, I was very helpless.” In her book, Ms. Asia Bibi tells how she feared for her life in prison, with other inmates calling for her to be hanged. She also recalled mistreatment at the hands of the prison guards.

Former Punjab Governor Salmaan Taseer, who supported Asia Bibi, was shot dead by one of his bodyguards Mumtaz Qadri in Islamabad on January 4, 2011. Qadri later told media that Salmaan Taseer was a blasphemer, and this is the punishment for a blasphemer. Salmaan Taseer had sought a presidential pardon for Asia Bibi, a 45-year-old Christian farmhand. Salmaan Taseer’s support for her, and his view that Pakistan’s blasphemy laws were “black laws”, were also cast as an act of blasphemy by supporters of the laws. The incident shows the reduced space for minority rights and liberal practices in Pakistan.

Recent Blasphemy cases:  Despite international criticism of these laws, blasphemy accusations are on the rise in Pakistan under the Imran Khan Government. 2020 saw the highest number to date – 200- but 2021 has already surpassed that record, according to the South Asian Media Research Institute, a civil society initiative that has counted 234 accusations as of mid-October 2021. Some of the recent cases involving blasphemy are as follows:

On the night of November 29, 2021, thousands of protesters stormed the police station in Charsadda, a district in the Khyber Pakhtunkhwa province, and burned the facility along with several nearby security outposts after police refused to hand over the blasphemy suspect. The mob attack forced police officers to abandon the installation and flee to safety along with the detainee. Authorities arrested around 30 people in connection with the assault on a police station aimed at grabbing and lynching a mentally unstable detainee accused of insulting Islam.

On 21 October 2021, UN human rights experts urgently appealed to Pakistan to release Stephen Masih, a Pakistani Christian from Sialkot District, who has been detained for over two years awaiting trial for allegedly committing blasphemy. “We are seriously concerned by the persecution and ongoing detention of Mr. Masih on blasphemy grounds, and by his treatment at the hands of the judicial and prison authorities who are aware of his psychosocial disability and health condition,” the experts said. “We call on the authorities to urgently review Mr. Masih’s case, and to release and drop all charges against him, and to ensure protection for him and his family.”

In August 2021, an eight-year-old Hindu boy became the youngest person charged with blasphemy in Pakistan. He is being held in protective police custody in east Pakistan . The boy’s family is in hiding and many of the Hindu community in the conservative district of Rahim Yar Khan, in Punjab, have fled their homes after a Muslim crowd attacked a Hindu temple after the boy’s release on bail last week. Troops were deployed to the area to quell any further unrest.

The Pakistani social structure has become so much radicalized that even simple marches by women on International Day of Woman this year was not tolerated.  Pakistani police registered a blasphemy case against organizers of the feminist Aurat Azadi (Women’s Freedom) March in a northwestern city, Peshawar, on the occasion of International Day of Woman earlier this year on March 8.

As a state party to the International Covenant on Civil and Political Rights (ICCPR), Pakistan must respect and protect freedom of opinion and expression; freedom of thought, conscience, and religion or belief; the right to life; equality before the law and freedom from discrimination; right to fair trial; and the prohibition on arbitrary detention. It must ensure that all individuals within its territory and subject to its jurisdiction are protected against violations of these rights by its own agents as well as against acts committed by non-state actors (bodies or individuals) that would impair the enjoyment of those rights. Pakistan’s blasphemy laws violate its international legal obligations. The real test of democracy is how it safeguards its minority communities and its institutions. The record so far shows that Pakistan has miserably failed to protect rights of its own citizens and nor it has political will to bring a meaningful change.