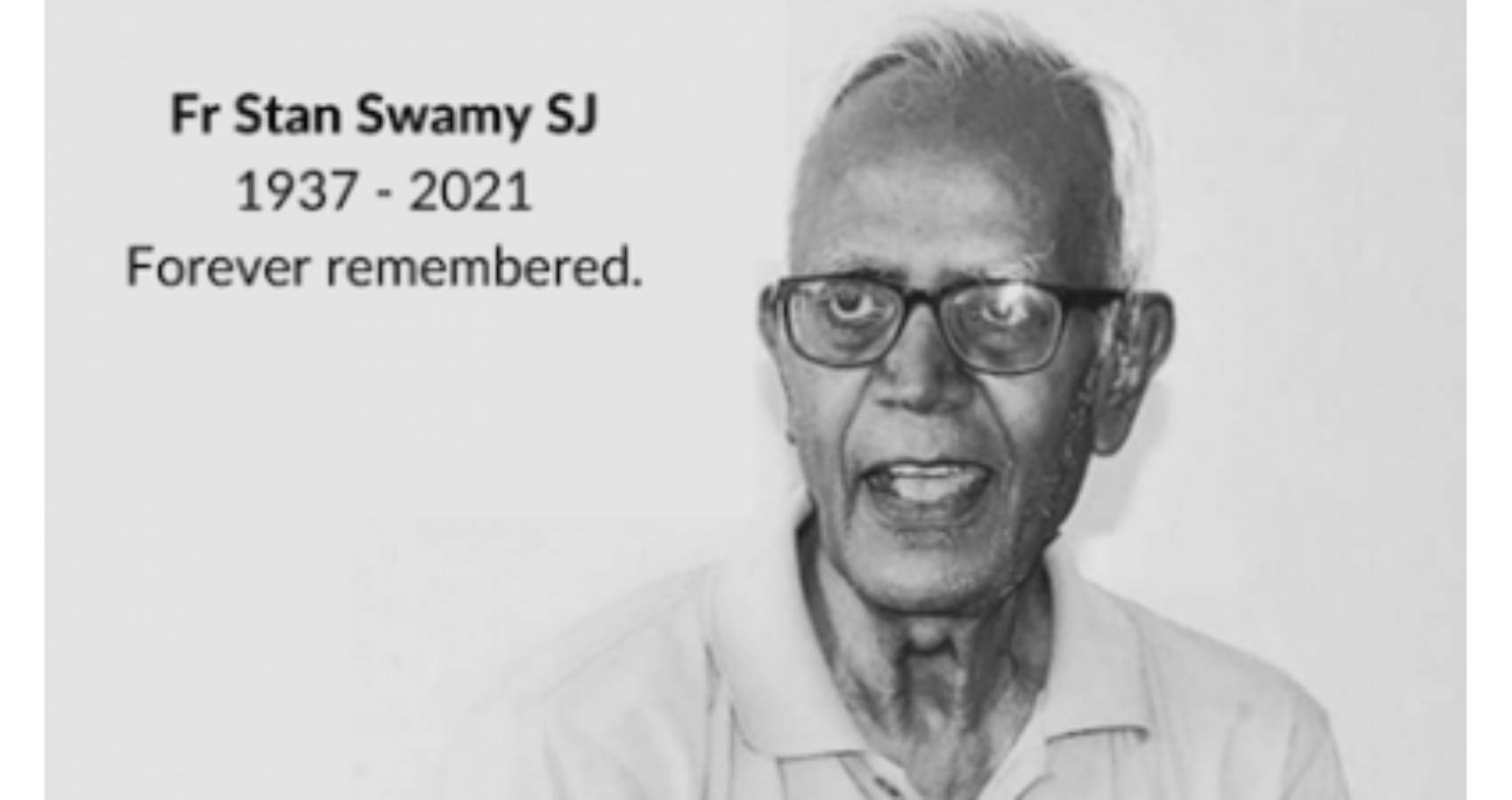 I don’t know if Fr. Stan Swamy’s soul will rest in peace. Given his sincerity to the cause of Dalit and adivasi rights, it is unlikely that it would, so long as the present situation continue. One thing, however, is certain. The present dispensation can now rest in peace. An octogenarian, enfeebled by Parkinson’s disease, unable even to hold a spoon with steady hands, will not destabilize the mighty Indian State anymore. Mera Bharat Mahan!

Why don’t I mourn Fr. Stan’s death, though it is ‘untimely’? His death is ‘untimely’ because senseless imprisonment expedited it. If so, the plain truth is that he is killed. But, if you ask me, ‘Who killed Fr. Stan?’ I will have to refer to Count Leo Tolstoy. Tolstoy says that the State is able to perpetrate atrocities through a division of labour. Now if a judge, for example, had to not only condemn but also to take Fr. Stan personally to a prison and shut him up there, he would not be able to do it. If the NIA lawyers were to do it, their conscience too would revolt against it. Even the policemen involved, if they were to, on their own responsibility, throw Fr. Stan into the jail, they would have trembled at the abhorrence of it. But break this atrocity into many pieces and make different agencies carry out the fragments by way of discharging their ‘duties’, it can then be done with sincerity and national fervour. I too am part of this callous system. So, how can I mourn the death of this saintly man, having kept quiet about it for nearly a year? 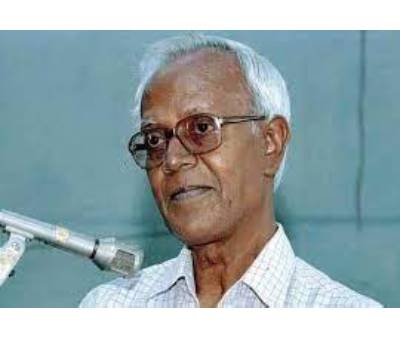 Secondly, I feel happy for him because Fr. Stan is now in a better state than he was, while alive in circumstances such were inflicted on him for reasons he could not understand. There is a school of thought that it is easier for an innocent man to suffer. They think so because they have never suffered, innocently or otherwise. The anguish in guilt-less suffering is that one’s suffering makes no sense. It is absurd. What is absurd is unendurable. If you are punished for your wrongdoings, then you can reconcile yourself to your plight. Think, if you dare, of the plight of an old and chronically ill man in a prison. Prison-life conditions, including the psychological poison that goes with it, being what they are, even individuals much younger than Fr. Stan and in better states of health disintegrate fast. Fr. Stan himself said that it is better to die than to be in prison the way he was. So, why shouldn’t we celebrate his release from misery through the mercy of death, for neither mercy nor justice was likely to reach him in any other way?

Oh, no! It is not Fr Stan that we need to mourn. It is ourselves. Given the miasma of fear that is enveloping the country –of which the plight of Fr. Stan is a clear warning- the difference between being inside the jail and being outside of it is becoming merely notional. A story from Hitler’s Germany is relevant here. Pastor Martin Niemoller was visited in jail by some of his sympathisers who wondered why he had to be in jail. He quipped, ‘Why are you not in jail?’ That is to say, at what cost are you keeping yourself out of it?

What intrigues me most is not the efficiency and zealous patriotism of NIA that rids India of extreme threats like Fr. Stan, but the crass indifference of the Catholic Church. No one is in the dark about the communication lines between the church hierarchy and the Modi dispensation. We are also aware of the extent to which the church goes, covertly, if not overtly, to save worthies like Franko of the nun-rape fame. We have seen, over three decades, bow the accused in the Abhya nun murder case were sheltered from the arm of the law. The humongous financial investment made for their sake is also not unknown. The one thing we do not know is if anything comparable has ever been attempted by the same Church arms or agencies for the sake of Fr. Stan. He was abandoned, it seems, like an illicit baby by its unwed mother.

A couple of issues stare at us from the Fr. Stan tragedy, which is the tragedy of humanity as a whole. First, Fr. Stan has died condemned, without the due process of law. Under the UAPA, the accused is guilty until proven innocent. Fr. Stan was not proved innocent. He was ‘the accused’ at the time of his death. The accused is, under the UAPA, guilty. So, I suggest that his case be tried on an urgent basis and the truth or otherwise of the allegations against him established. This is a matter of larger significance. It is likely that many more will suffer Fr. Stan’s plight, given the increasing number of people booked under the UAPA and the inordinate in trying them as well as the protracted nature of their trials.

There is, besides, a humanitarian issue involved here. The State tends to mistake the cry of the poor for justice as a war-cry against peace and stability. Since Fr. Stan was booked under the Unlawful Activities Prevention Act, we cannot but ask: Is it ‘unlawful’ to empathise with those who struggle for their rights: both human and constitutional? The Pathalgadi movement, with which Fr. Stan was in solidarity, is a tribal movement to realize the tribal rights enshrined in the Constitution of India. From Fr. Stan’s point of view, it is a spiritual and humanitarian duty to stand with those who struggle and suffer for justice. In itself it is a humane and laudable thing. But, under the law, it has become subversive and anti-national. It has become, that is to say, dangerous to do good, if the good you do seems to go against the interests of the ruling elite. But, the right and duty of human beings to express their conscience through humanitarian activities is not subject to the charity of a State; it is a God-given duty. It is reprehensible for the State to trespass into this domain of practical spirituality.

Let’s not forget that Fr. Stan is the victim not only of callous State action but also of the even more reprehensible indifference of the people at large. Today what is done to fellow human beings doesn’t matter to us, so long as it has either the tang of ideology or the veneer of legality. So long as our own skin remains intact, we sail along without any pang of conscience. Let me, yet again, borrow the words of Pastor Niermoller: today it is Fr. Stan. Tomorrow it will be your neighbor. The day after . . . ?