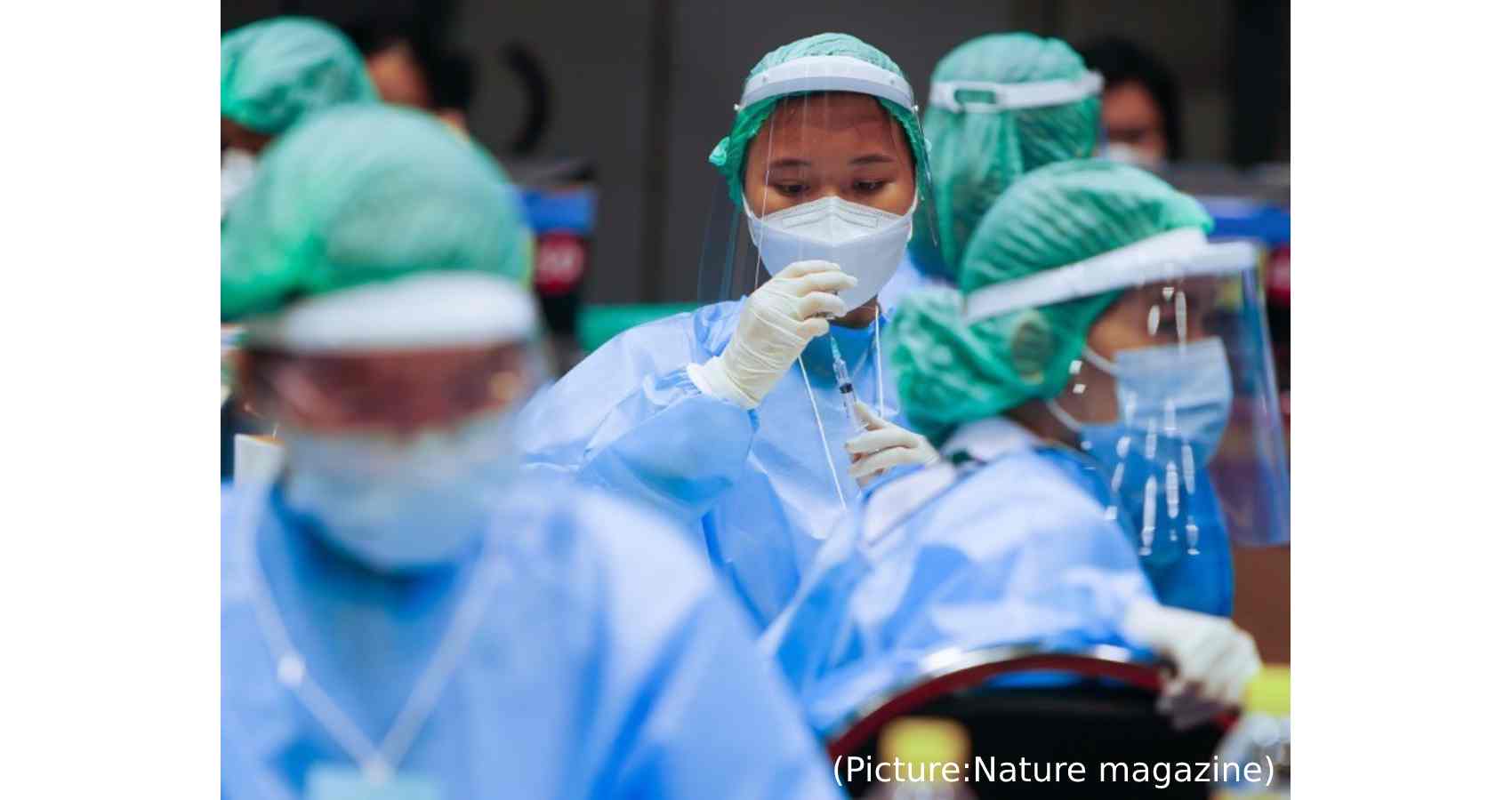 Research shows that a previous coronavirus infection plus one dose of vaccine provides powerful protection — but concerns linger. Many people who’ve been infected with the coronavirus might be able to safely skip the second jab of any two-dose vaccine regimen, a growing number of studies suggest. These results could help to stretch scarce vaccine supplies and are already influencing vaccination policies in some countries. But questions remain about whether the findings hold for all individuals and all vaccines — and therefore how policymakers should respond to the findings.

Studies show that people with previous exposure to SARS-CoV-2 tend to mount powerful immune responses to single shots, and gain little added benefit from another injection1,2,3. What’s more, for people with immunity gained through infection, one dose typically boosts antibody numbers to levels that are equal to, or often greater than, those found in individuals who have not been infected and have received double doses4. 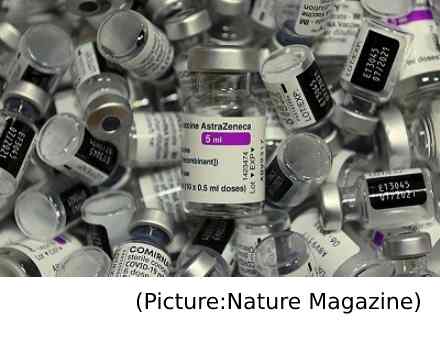 France, Germany and Italy, among other countries, now advise only one dose of vaccine for people with a healthy immune system and a confirmed previous diagnosis. Many scientists who have studied immune responses to vaccination say such policies are a sensible way to make the most of limited supplies in countries that are racing to inoculate their populations. “To follow the current two-dose vaccination schedule in previously infected individuals, when there are millions of people waiting for their first dose, simply does not make sense,” says Jordi Ochando, an immunologist at the Icahn School of Medicine at Mount Sinai in New York City, who has advised the Spanish government on vaccination guidelines.

But scientists still don’t know whether one-jab programmes for the previously infected could leave some individuals with suboptimal protection. Nor is it clear that such programmes would be effective for all types of vaccine. “If you have been infected before, then probably one dose is sufficient,” says Giuliana Magri, an immunologist at the Hospital del Mar Research Institute in Barcelona, Spain. But putting that knowledge into practice? “It’s complicated,” she concedes.

There’s ample laboratory-based evidence that people who’ve been infected by SARS-CoV-2 benefit from vaccination, prompting the World Health Organization and other public-health agencies to recommend that such individuals still get vaccinated. There’s less clarity, however, on whether they need to roll up their sleeves twice. A paper published in Nature on 14 June provides some of the most recent evidence that one shot could be all that’s necessary for people who’ve had COVID-195. A team of researchers at the Rockefeller University in New York City and elsewhere studied 26 people who had contracted the virus early in the course of the pandemic. All of them subsequently received at least one dose of either the Pfizer–BioNTech or the Moderna vaccine, both of which are based on messenger RNA.

The researchers analysed participants’ levels of ‘neutralizing’ antibodies, potent immune molecules that can block the virus from entering cells. At the moment, the quantity and vigour of a person’s neutralizing antibodies are the best markers for assessing whether that person is protected from infection and illness — although scientists are still working to confirm that antibody levels can serve as a realistic stand-in for immune protection. The team also assessed participants’ levels of memory B cells, which remember pathogens and can quickly crank out targeted antibodies if they encounter an infectious agent that they’ve seen before. Within a month or two of vaccination, study participants’ levels of memory B cells had risen, on average, nearly 10-fold and their ‘titres’, or levels, of neutralizing antibodies had shot up around 50-fold. Those gains were apparent in previously infected participants whether they’d received one shot or two.

In fact, just one dose of vaccine generated titres equal to — or higher than — than those produced by two doses of vaccine in people without previous infections. “It’s really amazing,” says virologist Theodora Hatziioannou, who co-led the study. “I wish everyone’s titres were like this.”

The findings from Hatziioannou and her colleagues also hint at the biological underpinnings of one jab’s effectiveness in exposed people. In the 12 months after participants were infected, their memory B cells had not been static. Instead, those cells spent the entire year evolving, which left them able to craft antibodies even more potent and versatile than those that they produced immediately after infection. Other studies corroborate that thinking, with some showing that one shot can spur the growth of antibodies and infection-fighting T cells alike6,7. “We’re all seeing pretty much the same thing,” says John Wherry, an immunologist at the University of Pennsylvania Perelman School of Medicine in Philadelphia. For people who have recovered from COVID-19, “the second shot doesn’t seem to do a whole lot”.

And although most research on the topic so far has focused on mRNA vaccines, preliminary evidence from studies done in the United Kingdom and India suggests that single-dose strategies could succeed if they rely on using the shot from Oxford-AstraZeneca, which uses an engineered adenovirus to stimulate an immune response against SARS-CoV-28,9. A study published last month, for example, showed that one dose of the AstraZeneca jab produced a much more powerful immune response in health-care workers who’d been infected than in colleagues who’d escaped infection. The results “support a single-dose vaccination strategy for previously infected individuals to increase coverage and protect a larger number of populations”, the authors write9.

A one-jab policy for those who’ve been infected might even help to overcome vaccine apathy, says Stacy Wood of North Carolina State University in Raleigh, a marketing expert who has studied vaccine messaging. She argues that rather than sowing confusion, outreach that accounts for individual characteristics can help convince people who feel that their own circumstances, including infection history, make them unique. Cutting down the number of shots — and all the attendant side effects, anxiety, and time involved — can also be an attractive proposition to some who are on the fence about getting immunized.“The more tailored approach is probably better at this point,” Wood says.

The accumulating evidence has been enough to convince many scientists that second doses of precious vaccine should not be allotted to people who’ve been infected. Providing only one dose to those who’ve had COVID-19 “would free up many urgently needed vaccine doses. With the additional available vaccines, there would be no need to delay the second vaccine dose for naïve individuals”, argues a letter published in May in EBioMedicine and signed by eight COVID-19 scientists10. And increasingly, countries and regions that are short of vaccine are following the scientists’ lead, at least for younger adults who do not have compromised immune systems.

But not all governments are on board with this approach. In the United States, for instance, where vaccine is relatively plentiful, officials still recommend two doses for all. Determining prior infection history “is not recommended for the purposes of vaccine decision-making”, says Kate Grusich, a spokesperson for the US Centers for Disease Control and Prevention in Atlanta, Georgia. Scientists also point out that some people who become infected with SARS-CoV-2 mount a relatively weak immune response. Such a response is especially common in people who don’t develop COVID-19 symptoms. “There’s a huge range of antibody generation and durability in those individuals,” notes Wherry. “Making decisions based on previous PCR-confirmed infections might miss some people.” That’s where diagnostic antibody testing could help.

Screening for antibodies to the hepatitis B virus is already routine in some settings to guide vaccination strategies against that infectious agent — and the same could be done with antibodies to the SARS-CoV-2 spike protein, a marker of both natural and vaccine-induced immunity, says Viviana Simon, an infectious disease specialist at Mount Sinai and a signatory to the EBioMedicine letter.“When in doubt, I’m all for a second dose,” she says. “But I personally hope that we can move eventually to more personalized schedules and recommendations.”