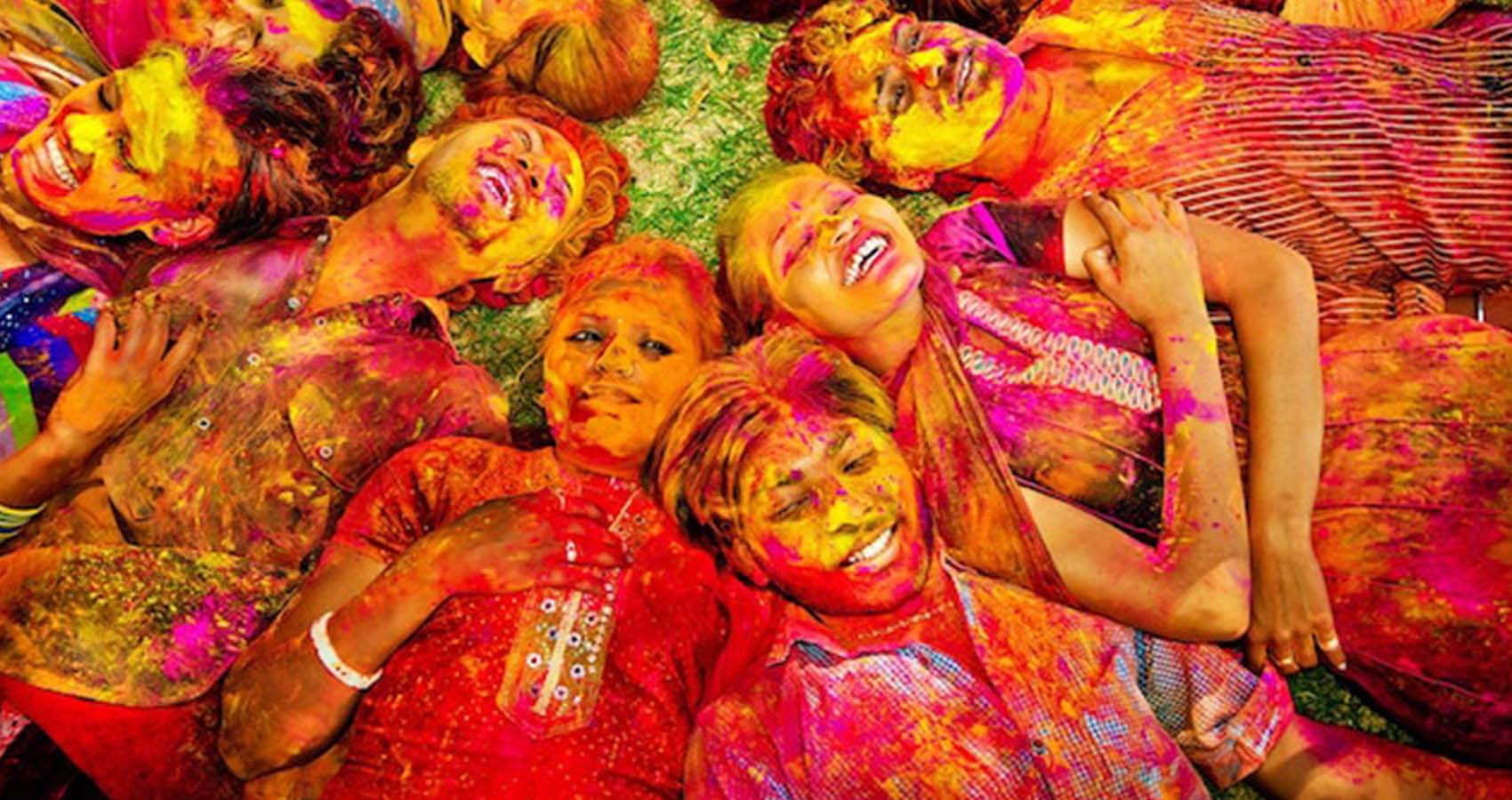 The arrival of spring always brings sweet memories from my childhood in India of Holi: the sound of drumbeats and people dancing merrily in the streets, bodies smeared with a multitude of colors. In our home, buckets filled with wet colors would be kept ready to be poured on friends, family and neighbors, who would walk in with their own fistfuls of colors. The visitors were served freshly prepared sweets and savories from my mother’s kitchen along with a delightful almond drink, suffused with saffron. 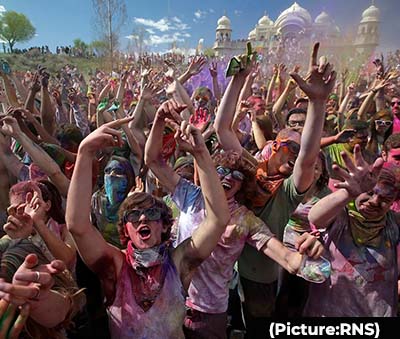 Traditionally celebrated on the last full moon in the lunar month of Phalguna, which falls this year on Friday (March 18), Holi commemorates the triumph of good over evil. In Hindu mythology the demon king Hiranyakashipu commands his subjects to acknowledge him as the supreme God, but his son Prahalada, a devotee of the god Vishnu, refuses. In a rage Hiranyakashipu gives his sister, Holika, a protective cloak and instructs her to take Prahalada in her lap and sit on a burning pyre.

As Prahalada chants Vishnu’s name, the cloak flies off Holika and wraps around him. Holika is charred to death, while Prahalada remains unharmed.

In different regions of India, it comes with different rituals and meanings. Some light a bonfire on the evening before, while elsewhere Holi is a celebration of love honoring the divine love of Lord Krishna and Radha. With its fun and brightness, the festival has long since become a secular celebration — not unlike the West’s Christmas.

But with the Indian diaspora, Holi has gone global, adapting to local conditions and sensibilities. Deep in Mormon Utah, Salt Lake City’s Holi celebration, organized by ISKCON — the International Society for Krishna Consciousness (more familiarly known as the Hare Krishnas) — draws a crowd of around 25,000 people for a ticketed event held over two days (March 26 and 27 this year.) Holi celebrations in other cities have become highly commercialized, with food, yoga classes and rock bands.

“When I was a child growing up in Boise, Idaho, my parents organized the Holi festival,” said Ravi Gupta, a scholar of religious studies at Utah State University, “About 25 Indian families and a couple of other friends would turn up. But in past one or two decades, Holi has gone beyond that demographic. It has been an opportunity to involve and engage other communities.” 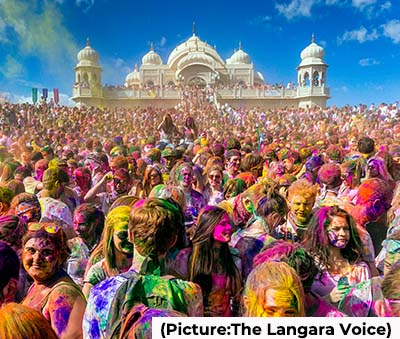 Caru Das, director of the Krishna Temple, said that after the first celebrations started at the temple in 1995, festivities soon moved outdoors to accommodate a rock band, and more people started to come as word got around.

The ritual of the burning of Holika was soon deemed too risky to be incorporated into an American environment and was eventually dropped. And unlike celebrations in India, color is not thrown on unsuspecting people in the street. In Salt Lake City, “color throws,” which may not be appreciated by unsuspecting passersby, are tightly scheduled for noon and 4 p.m., and no wet colors are allowed. “The play gets more choreographed,” said Gupta.

But the adaptations are seen by many as very much in keeping with the richness of the Hindu tradition, in which adherents may hold multiple beliefs and interpretations. The Salt Lake City event aims to appeal to all, irrespective of their religious, atheistic or spiritual but not religious beliefs.

Certainly, there is a loss of the cultural legacy of Holi. The singing of “kirtans,” Das told me, is unlike anything that I would be familiar with. In the Hindu tradition, a kirtan involves chanting a religious text, usually accompanied by a harmonium or a mridangam, instruments with a mellow beat. Salt Lake’s “kirtan” is a high energy rock song that the crowd greets with Bollywood-style dancing.

“It’s a way of introducing people to kirtan who have never experienced it before. Even atheists have a good time. Everyone enjoys friendliness and being in a community,” said Das. About half, he reckons, are Mormons.

Indians too are adapting Holi. Until a few decades ago, the celebration was limited to the northern states. Now, it’s becoming a pan-Indian festival.

Said Vasudha Narayanan, scholar of Hinduism at University of Florida, “When I was growing up, no one in southern India knew about Holi.” Now, with more people moving south and the flow of information through the internet, she said, Holi celebrations are common in southern India as well. “The thing about India is this: If one story is good, another is better,” Narayanan said.

Hindu social justice activists and organizations have come to use the occasion to condemn misogyny and caste system, in which, they say the Holika story is rooted. Sadhana, a coalition of progressive Hindus, organizes the “Holi against Hindutva,” an event to protest persecution of religious minorities in India.

As more people adopt Holi, it has become a moveable feast. At some U.S. Hindu temples, a religious ritual may be celebrated on Holi proper, but larger festivities may take place over a weekend; the Indian diaspora comes together to worship all the deities in the temple, and any differences of beliefs are put aside, said Balaji Sudabattula, an official of the Ganesha Hindu Temple in Salt Lake.

Other cities may decide to have celebrations even later, when the weather gets warmer. Las Vegas will be celebrating on April 16, Gupta’s temple on June 11.

Religious practices go through change and transformation. Unanchored from its Indian context, Holi has become a way for one community to reach out to another. The American festival of colors has captured something essential to the Hindu original: a time to burn one’s inner demons and find joy with everyone, without any barriers or distinctions.