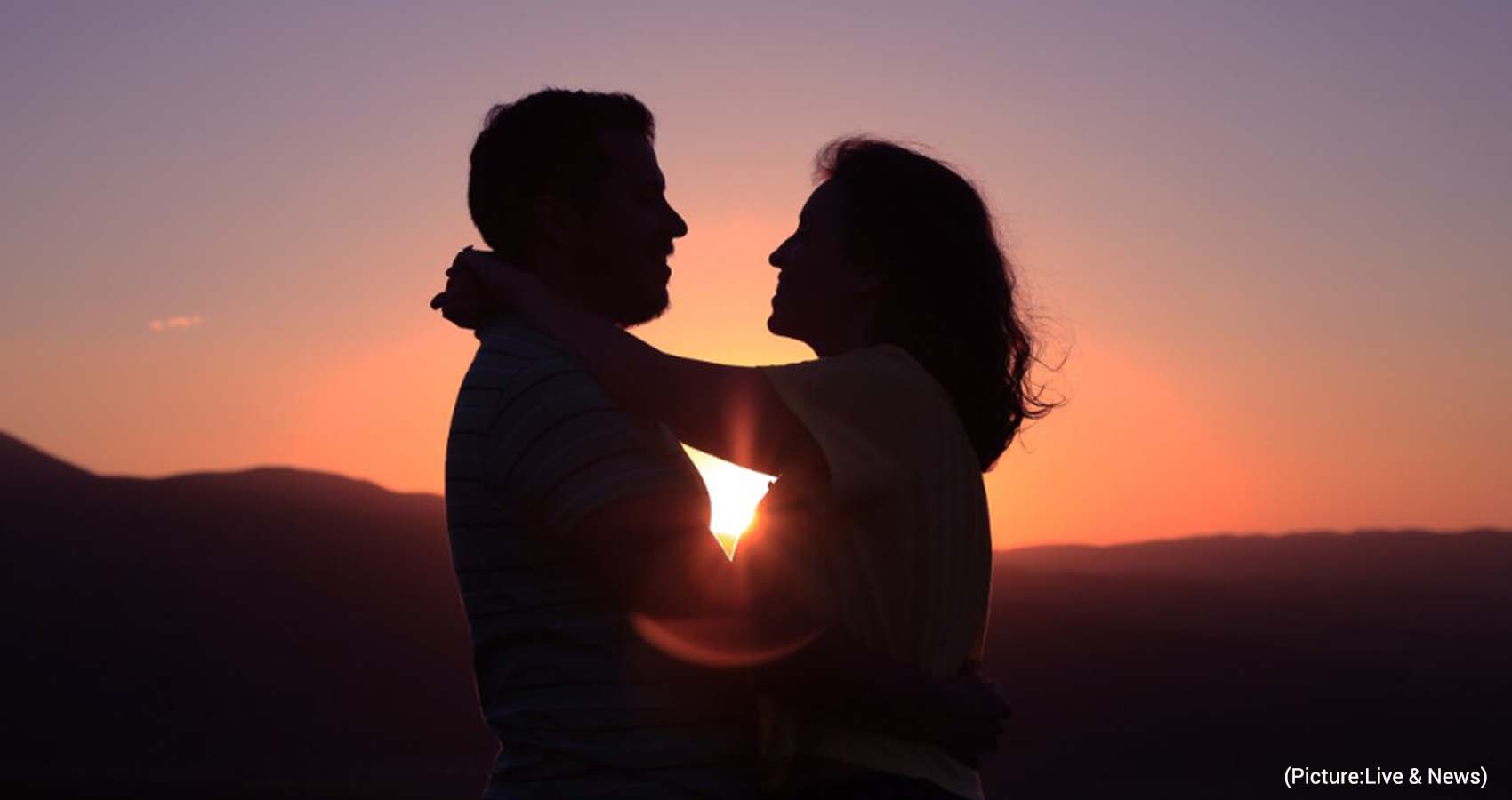 Valentine’s Day is a day of love, a special day on which we’re supposed to make sure that those around us know how much we care for them. But on this day when Cupid is supposed to strike us with his arrow, there are several reasons to think “love” (by its many definitions) isn’t what it once was in the United States, for better or for worse.

Indeed, here are four potentially troubling statistics and one potentially positive sign about love in the US. We’re at a 30-year low for sex

Twenty-six percent of Americans ages 18 and up didn’t have sex once over the past 12 months, according to the 2021 General Social Survey. You might think this is just a pandemic effect, but it’s part of a long-term trend. The two years with next-highest percentage of adults saying they didn’t have sex once in the past year were 2016 (23%) and 2018 (23%) — the last two times the survey was conducted. Before 2004, the highest percentage of Americans who said they hadn’t had sex in the past year was 19%. 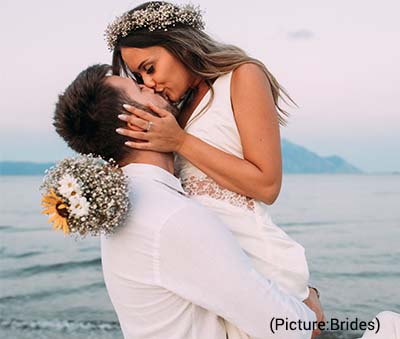 It’s not just about sex. Some 62% of Americans ages 25 to 54 lived with a partner or were married, according to a 2021 Pew Research Center study of 2019 US Census Bureau data. This included 53% who were married and 9% who were cohabitating. That’s well below the 71% of couples who lived together in 1990, with 67% married and 4% cohabitating.

You might think the growing share of unmarried people living without a spouse is due to rising educational levels among women who don’t need the financial support of a man. The statistics tell a different story, though. Better educated people and higher wage earners are the most likely to live with a partner or be married. A lot of people won’t get married if they don’t think it’s financially feasible, according to Pew polling.

There’s also been a higher increase in unmarried men living alone (10 points) than women (7 points) compared to the 1990 baseline.

Partnership is at a low, not just marriage Could it just be the case that people are still in relationships, but don’t want to be tied down by either living together or being married? Yes, but the statistics suggest something else is cooking.

The General Social Survey has, on and off since 1986, asked participants whether they had a steady partner. This past year, 30% of adults ages 25 to 54 (the same age bracket as the Pew study) indicated that they did not have a steady partner. In 1986, it was 20%. In fact, the percentage of 25- to 54-year-olds who said they didn’t have a steady partner never topped 23% prior to the 2010s. It’s been 25% or above in every survey since.

Interestingly, as the population ages and more Baby Boomers have gotten above the age of 55, the percentage of older folks in a relationship has stayed fairly steady — in the mid-to-high 60s on average.

That means this trend toward singledom is more about young people than older people. It’s the same with sex: The percentage of those age 55 and older not having any sex in the last year (40%) is about the same as it was 30 years ago. 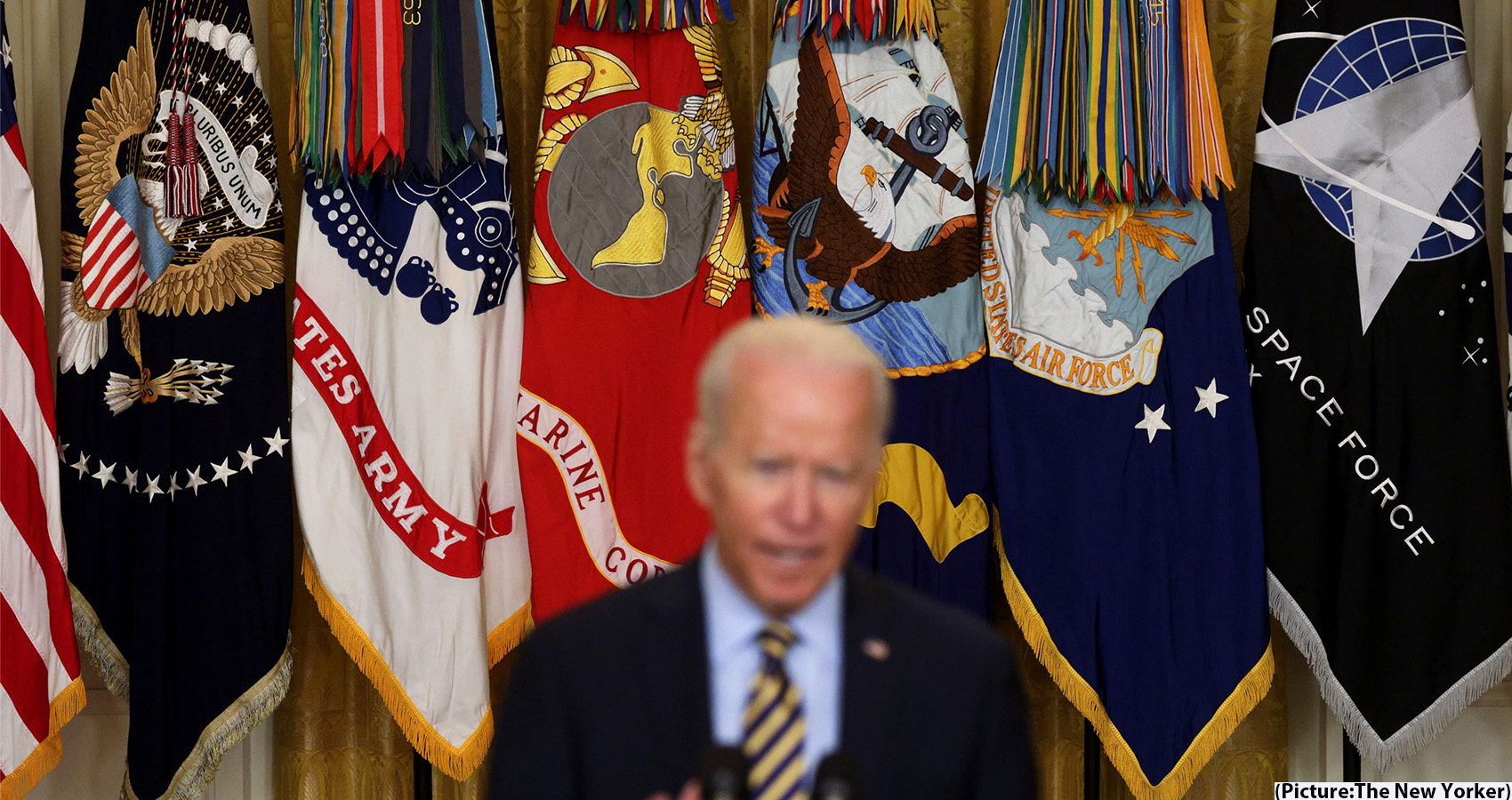 President Joe Biden’s approval rating is at its lowest point in his presidency. In the average of polls, he stands at about 47%. That’s a steady decline from the beginning of this month (51%), last month (52%) and beginning of June (54%). It would be easy to assign Biden’s decline to the withdrawal of American troops from Afghanistan, but, as the data shows, Biden has been trending downward for a while. The truth is that he is losing ground on a number of key issues. The coronavirus pandemic, for example, had been one of Biden’s best issues. He was trusted more than former President Donald Trump to handle it in poll after poll during last year’s election. Trump likely would have won in 2020 had people trusted him more. 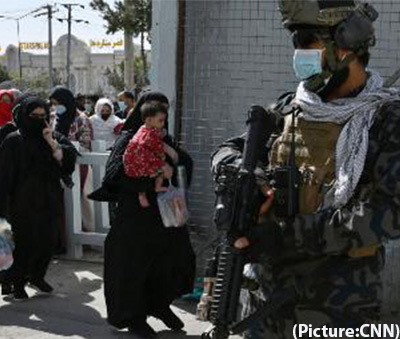 Biden’s approval rating on the coronavirus had consistently been in the 60s for the first six months of his presidency. That declined to the high 50s in July and has been sunk to the 50s in the month of August. Biden’s overall approval rating has declined at a similar rate to his coronavirus pandemic approval rating. The problem for Biden is that people are reacting to what they see on the ground. Coronavirus cases and hospitalizations are the highest they’ve been since the beginning of the year, as the Delta variant has taken hold in the US. More people fear catching the coronavirus than they have since the beginning of the spring when vaccines became widely available. Most Americans think the worst of the virus is still ahead of us, which is a shift from earlier this year.

Biden’s declining approval ratings on the coronavirus and economy has been punctuated by how Americans see him handling the troop withdrawal from Afghanistan. In July, before the troop withdrawal, Biden averaged a 58% approval rating when it came to getting the troops out of Afghanistan. Biden’s average approval rating on Afghanistan stands at a mere 34% today. You rarely see anything close to a 24-point drop on a president’s handling of an issue in such a short period of time. The fact that three big issues are going against Biden at the same time makes it difficult to figure out what is driving his overall approval rating down. It’s probably all three to some degree. Indeed, the entire mood of the country has taken a dive recently. Just 33% of the country say the country is going in the right direction in an average of recent polling.

This 33% is notable because optimism in the country under Biden had been reaching levels it hadn’t seen in a long time. At the beginning of last month, 43% of Americans agreed the country was going in the right direction. The last time 43% said the country was going in the right direction was back in 2009. The current 33% is much more like the readings we saw on this metric during the Trump administration. The big question going forward is how do American minds change from here. An issue for Biden is that even when the last American troops leave Afghanistan that probably won’t change people’s perceptions on the coronavirus or the economy. Still, the fact that Biden’s ratings have shifted as much as they have over the last month may be an indication that Biden’s once stable ratings are more susceptible to shifting around that was previously thought. 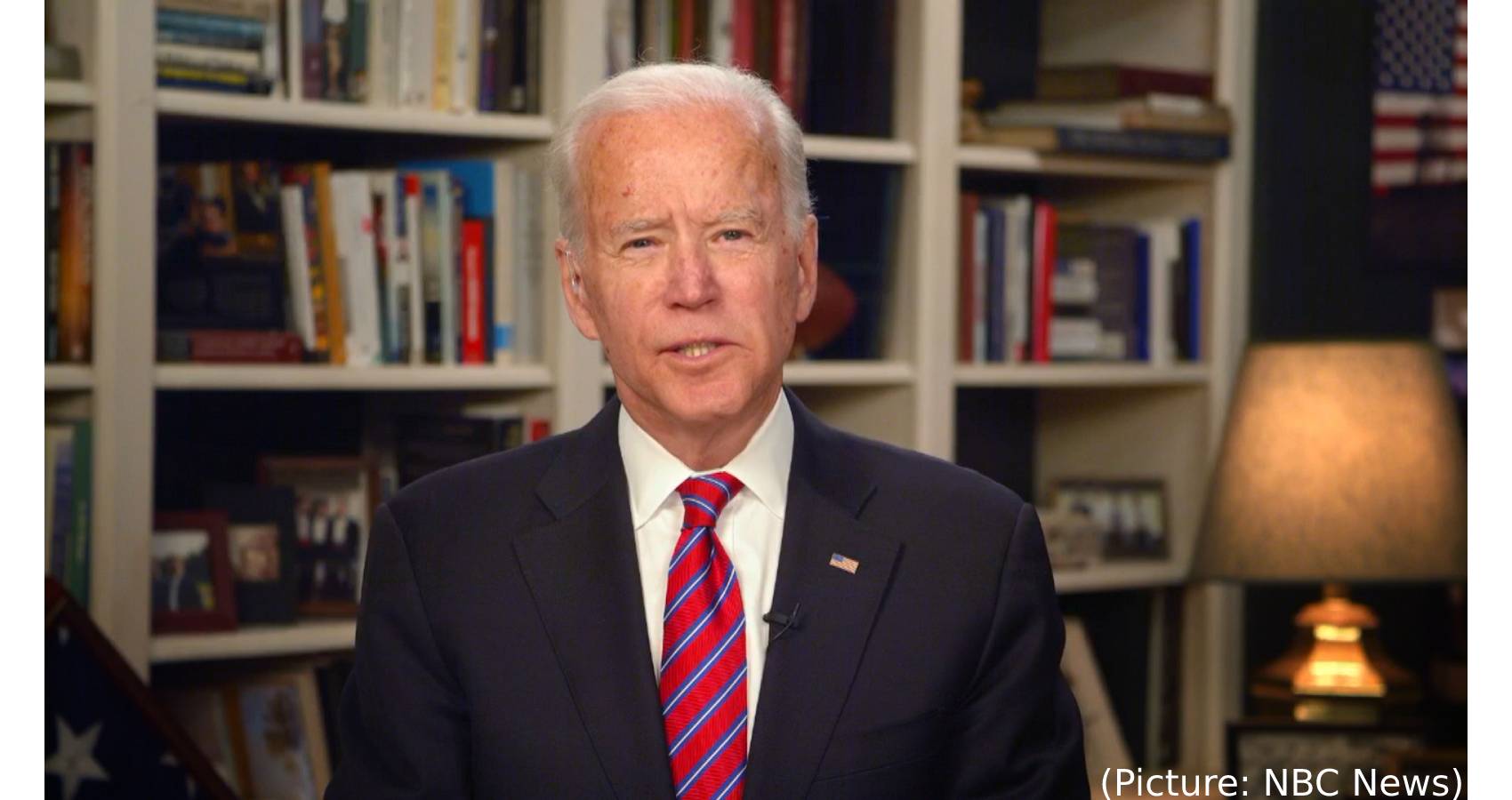 President Joe Biden’s presidency is now six months old. You’d be forgiven if you didn’t realize how long Biden has been in office because Biden doesn’t generate anywhere near the same news interest (see Google searches) as his predecessor, former President Donald Trump, did. The lack of a topsyturvy first few months has translated to Biden’s approval rating. It’s been the most stable for any president since the end of World War II.

This, indeed, has been the story of the Biden presidency from a popularity standpoint. At every point at which I’ve checkedin to see how Biden is doing from a historical perspective, nothing seems to shake his approval ratings. Right now, Biden’s average approval rating rests at around 53%, no matter how you calculate said average. Over the course of Biden’s first six months in office, his approval rating has never risen above 55% or fallen below 51% in an average of polls. It was 53% in April and 54% in May.

To give you an idea of what a narrow lane Biden’s approval rating is in, you only need to look at history.  Prior to Biden, the average range for post-World War II presidents in their first six months in office was 14 points. Biden’s range is less than a third of that. Nearly every other president saw his maximum and minimum approval rating differ by about greater than 7 points or more. (Lyndon Johnson’s gap was about 5.5 points.)  Former President Donald Trump’s range was 10 points, and he was thought to have an approval rating that was historically stable. 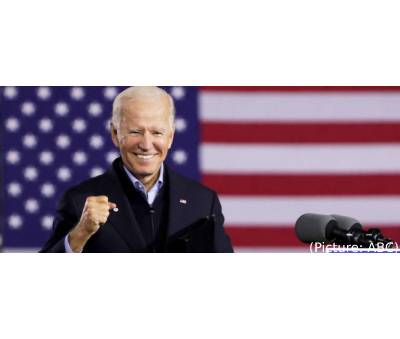 Biden, though, hasn’t really picked up any new supporters since the election. His approval rating matches his vote share (51%) and favorable rating in the exit polls (52%) nearly perfectly. On the other hand, it’s been noticeable how Biden’s relative ranking on approval rating has risen the more time has gone on. Biden’s initial approval rating was near the bottom (only beating Trump) back in January.

On the polarization front, Biden has to be pleased that Democrats still seem to stand firmly behind him. It’s hard to find any reputable poll where his approval rating among Democrats is below 90%. In the latest ABC News/Washington Post poll, for instance, it’s 94%. No other president in the post-World War II era had an approval rating at this point within his own party as Biden has now. That’s not to say it’s all groovy for Biden.

A big question going forward is whether this signals that Biden’s base may not be as strong as it appears at first glance. Another bad piece of news for Biden is that the opposition to him seems to have hardened. Biden’s disapproval rating is now in the low to mid-40s than the mid-30s it was back in January. This reflects more people going from undecided to disapproving of Biden.

If Biden was hoping that his efforts in the first six months of his presidency would bring over new supporters, he is mistaken — at least for the moment. Of course, Biden would probably accept not gaining any supporters, as long as he doesn’t lose any. His approval rating is still above water, and that’s certainly better than his predecessor.