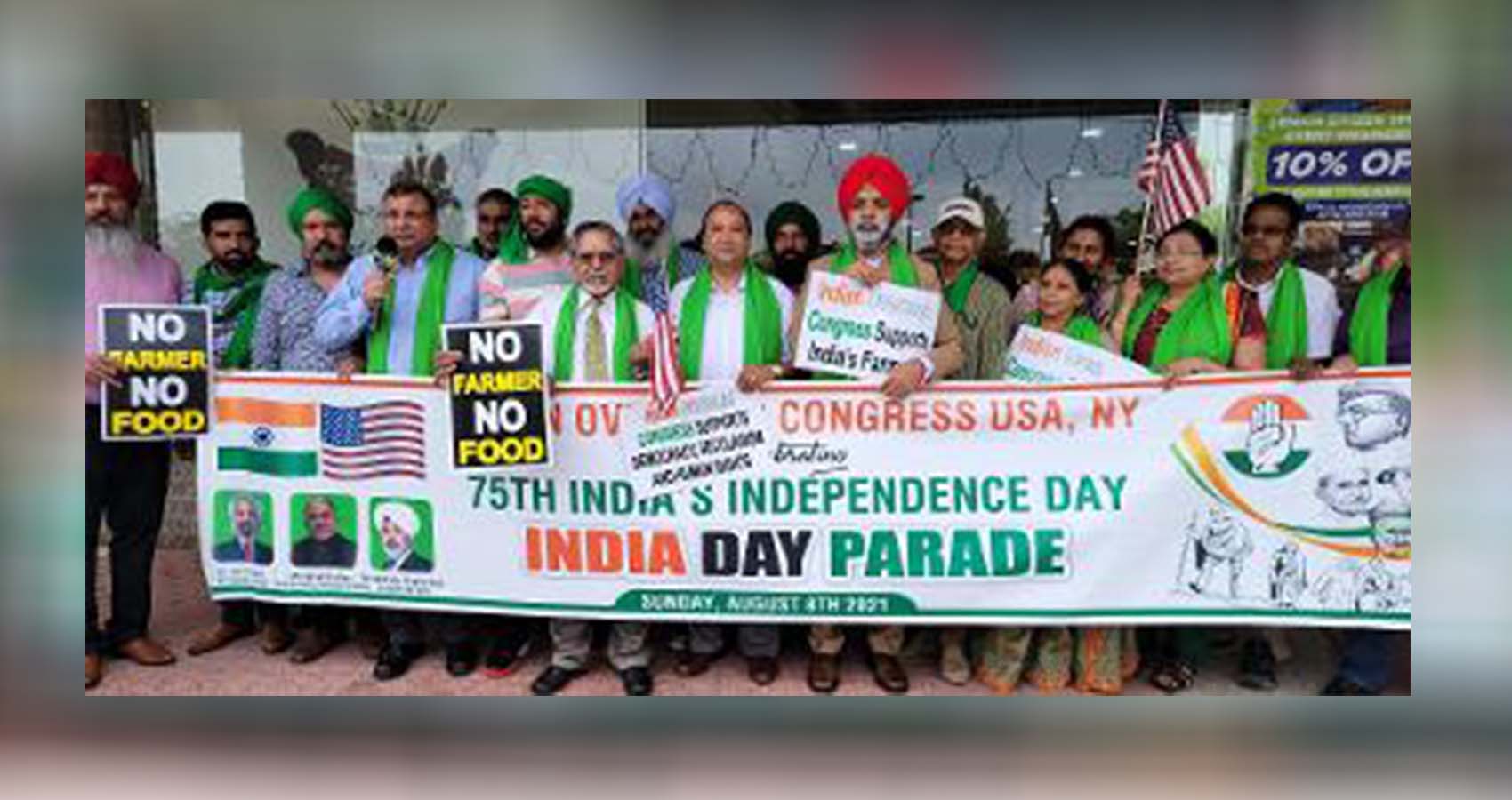 The India Day Parade held on August 8, 2021 by a local group in Hicksville in Long Island, New York, brought to the fore the issue of the Indian Farmers and their ongoing struggle.  Hundreds of Indian Overseas Congress USA members joined by others raised the issue of the Farmer’s agitation in Delhi in the parade. It should be recalled that the Indian government had, essentially in 2020, hastily passed unfair legislation on the marketing of crops that the farmers did not ask for and which would deter them from making a livelihood in marketing their products under the newly legislated conditions. 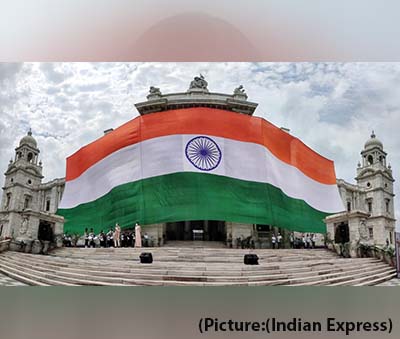 Since the issue relating to the Farmer’s plight was central to the concerns of the Indian diaspora which had gathered, this prohibition would prevent them from venting their sentiments and showing support to the cause of the farmers, as a result of which it left them no choice but to stay put at the location and voice their bitter disappointment over the unfair and undemocratic imposition of conditions which prevented them from participating in celebrating the joyous occasion of the Independence Day of India while at the same time expressing serious concern on the inaction of the sitting government to resolve the issue.

“Indian Overseas Congress, USA threw its support behind the cause of the protesting farmers in India and objected to the heavy-handed approach of the India Day Parade organizers in Long Island to stifle dissent,” said President Mohinder Singh Gilzian. “This celebration is about freedom, and it is a fundamental right of people to express one’s opinion without fear of repercussions.”

“The Government of India’s stonewalling to the concerns of the farmers is not what one expects from a true democracy,” said George Abraham, Vice-Chairman of the IOCUSA. ” the current government is only interested in protecting the interests of the crony capitalists” Mr. Abraham added.

Secretary-General Harbachan Singh pointed out that after almost ten months of a peaceful demonstration by the farmers in a gathering which is said to be so large and prolonged that it broke not only records in India’s recent history but perhaps the world – way more than 600 people had also lost their lives.  Both the demonstrators and their families back home are not only suffering both physically and economically under the Covid-19 pandemic but also acutely enduring the record-breaking severe cold, floods and burning hot weather conditions.”

Chants to the Prime Minister to settle the issues of the farmers were loud and incessant.  Even the heavy downpour of rain could not drown out their thunderous voices and their strong punches into the air.  At the same time, solemn allegiance to Mother India was repeatedly orchestrated by all with fervent respect and love.  Chairman of Punjab Chapter Satish Sharma, President of Punjab Chapter, Gurmit S. Gill, President of Haryana Chapter Amar Singh Gulshan, President of Kerala Chapter Ms. Leela Merat, and other IOCUSA leaders also addressed the gathering.