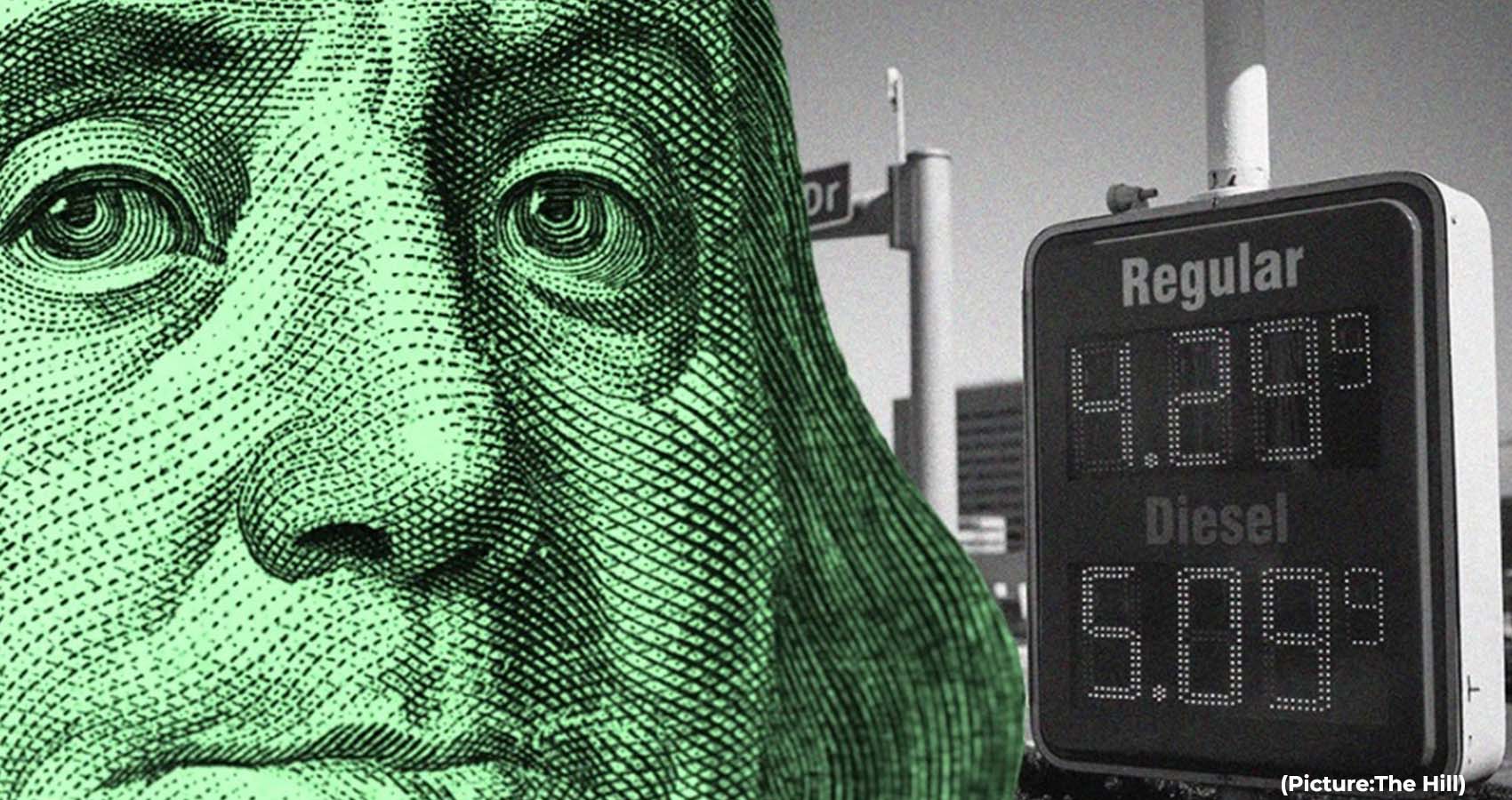 As Americans feel the squeeze of rising inflation, fears are growing that a recession is around the corner.  The U.S. economy is running hot as a record stretch of job growth, steady consumer demand and intense demand for labor has helped fuel the highest inflation rate in 40 years.

While the economy has recovered far quicker than many economists expected, the speed of the rebound is putting pressure on the Federal Reserve to take more significant action to help slow price growth.

Wendy Edelberg, director of The Hamilton Project and a senior economic studies fellow at the left-leaning Brookings Institution, said the economy has been “revving” given the amount of fiscal stimulus that has been poured into the system to keep it afloat during the coronavirus pandemic.

But in order to combat the skyrocketing inflation, Edelberg and other economists say a slowdown is vital.

“So, now the question is, how smoothly does that slowdown happen?” Edelberg said. “And slowdowns can be painful. So, there’s absolutely a risk of a recession.”

The Fed’s primary tool for keeping prices stable and the job market strong is adjusting the federal funds rate. When the Fed raises or cuts its baseline interest rate range, borrowing costs for home loans, credit cards and other lending products typically move in the same direction.

After slashing rates to near-zero levels amid the onset of the pandemic, the Fed in March launched a series of interest rate hikes meant to bring down soaring inflation.

The Fed hopes higher borrowing costs will slow down the economy enough to curb price growth without halting the recovery.

“Our goal is to restore price stability while fostering another long expansion and sustaining a strong labor market,” Fed Chair Jerome Powell said last month, adding the bank is aiming for the economy to achieve a “soft landing, with inflation coming down and unemployment holding steady.”

Powell, other Fed officials and some economists believe the U.S. economy is strong enough to withstand rising interest rates without falling into recession or losing jobs. The U.S. gained nearly 1.7 million jobs over the first three months of the year, consumer spending has remained strong and there are roughly two open jobs for every unemployed jobseeker.

Those confident in the Fed’s handle on inflation believe the bank can stanch inflation while only reducing job openings and the intense need for workers, rather than slowing the economy into layoffs.

Even so, the Fed is facing serious turbulence as it attempts to steer the recovery to a sustainable pace.  The war in Ukraine, the sanctions imposed on Russia and Moscow’s response has fueled rapid price increases for oil, gasoline, food, key minerals and other essential consumer goods already hit by inflation. COVID-19 shutdowns in China have also jammed up supply chains, which were already overwhelmed by consumer demand.

Dana M. Peterson, chief economist at The Conference Board, said Fed rate hikes could help reduce consumer demand for goods and services, pent-up savings, rising wages and housing market heat, but can’t do anything about supply chain dysfunction, COVID-19 shutdowns and the war.

“The supply side drivers of inflation, which includes the supply chain disruptions and also higher global commodity prices, the Fed can do very little about. Nonetheless, the Fed is going to be raising interest rates,” Peterson said during a Thursday briefing with reporters.

“I don’t know how confident the Fed is about anything, but certainly I think they’ve abandoned expectations that there’s going to be kind of a natural solution to inflation.”

Economists warn more must be done to tighten monetary policy to cool the economy, which could still mean pain in the months ahead for more Americans’ finances.

“As you slow the economy down, inflation will fall,” Ray Fair, an economics professor at Yale University, said, adding that’s how the Fed can help lower inflation. “But the cost of that, of course, is slower output growth and higher unemployment.”

And Fair, director emeritus at the National Bureau of Economic Research (NBER), said his own research suggests the Fed has “got to do quite a bit” of intervention to slow the economy.

“They’ve got to raise the interest rate, for example, more than just two percentage points, if they expect to get much lowering of inflation,” Fair said. The Fed funds rate is currently at a range of 0.25 to 0.5 percent and bank officials expect to raise it to roughly 2 percent by the end of the year.

Some economists fear inflation may be rising too quickly for the Fed to curb without raising rates so high, it halts economic growth.

In March, consumer prices shot up 1.2 percent, according to data released by the Labor Department this week. The data also found those prices had risen to 8.5 percent in the past year alone, marking the highest yearly increase in roughly four decades.

Americans saw prices go up in a variety of areas, ranging from food to gasoline and transportation, as the Ukraine-Russian war helped exacerbate the nation’s ongoing inflation problem.

Fair, whose bureau is often looked to for measuring recessions, said the NBER’s defines such an event as roughly, but not completely, “two successive quarters of negative real growth in GDP.”

Recent weeks have seen reports of institutions like Bank of America warning of recession shocks. A recent survey by The Wall Street Journal found more economists are also changing their tune on chances of a recession, finding forecasters “on average put the probability of the economy being in recession sometime in the next 12 months at 28 percent,” compared to 18 percent in January.

In an interview, Desmond Lachman, a senior fellow for the right-leaning American Enterprise Institute, said he feels a recession is likely.

“In order for [the Fed] to get the inflation out of the system, they’re going to have to tighten policy and that’s going to produce a recession,” Lachman said.

But others believe the Fed may have to contend that higher inflation could be around for a little while longer, as the central bank proceeds in slowing down the economy.

“They’re also going to have to recognize that they may not get back to a 3 percent or 2 percent (annual inflation) target anytime soon,” Peterson said, arguing such an attempt “would essentially drive the US economy into recession.”