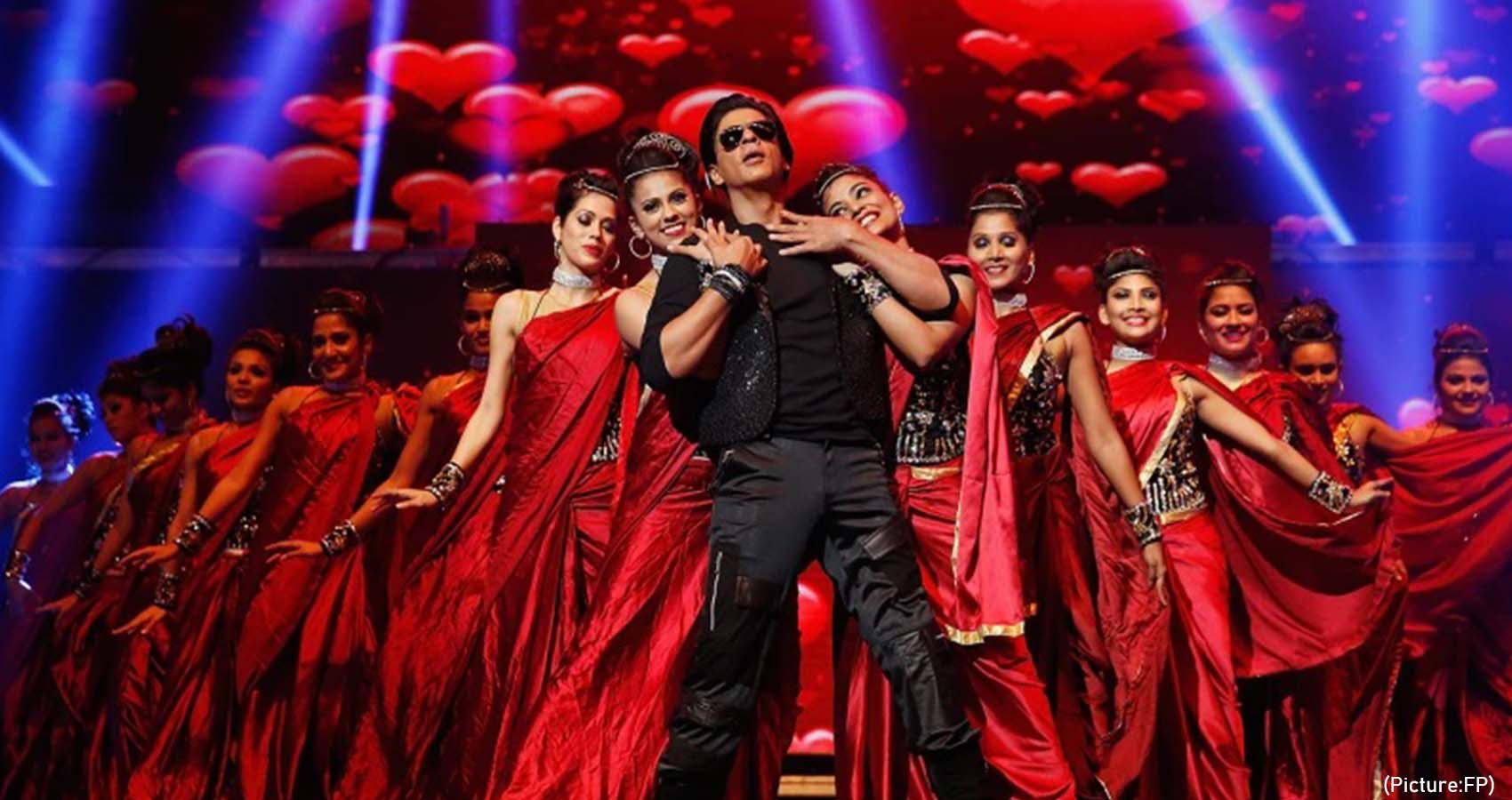 Last month, the son of superstar Indian actor Shah Rukh Khan was arrested for consuming drugs at a party. In most parts of the world, celebrity news of this sort provides a momentary public distraction. In India, where the divide between Hindus and Muslims has deepened since Narendra Modi became prime minister, Khan’s arrest has focused attention on India’s fraying social fabric.

Supporters of Modi’s Hindu nationalist government defend the arrest as a matter of law and claim it reveals decadence in the movie industry. But India’s liberals contend it was a deliberate move intended to tarnish a Muslim idol’s image to appease the Hindu right.

Khan has been a star for more than a decade and is widely referred to as “King Khan,” the King of Bollywood. He is also known for his rise from poverty; he often regales the public with stories of the hardships he endured, including having to sleep on Mumbai’s streets while trying to make it as an actor. Tales of his struggle and success have inspired millions of Indians, including Muslims, and his exalted status delivers on India’s promise as a secular and inclusive nation where anyone—irrespective of religion, caste, or creed—can succeed. 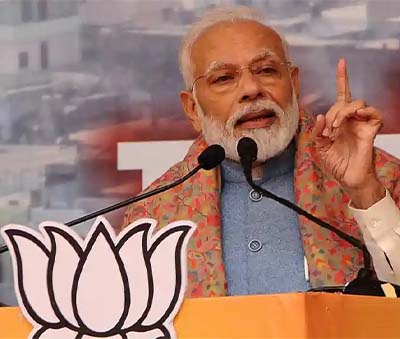 But the Hindu right has a deep history of resenting the rise of Muslims, especially those who challenge their exclusivist politics—a group that includes Khan. In 2015, Khan spoke against the lynchings of Muslims by Hindu mobs for allegedly smuggling cows to be slaughtered and served as meat. Many Hindus consider cows to be holy. “We have made a huge thing about our meat-eating habits. How can the food habits of people be an issue?” Khan told NDTV, a local news channel. “Religious intolerance and not being secular in this country is the worst kind of crime that you can do as a patriot.”

There is a pattern of far-right resentment focused on Bollywood stars. A year ago, Bollywood actress Deepika Padukone was accused of being a part of a nefarious drug network and was summoned for questioning by India’s national Narcotics Control Bureau. In 2019, Padukone joined a student protest against a controversial anti-Muslim citizenship law passed by the Modi government.

The cases might expose a “nexus of drugs” in the film industry, as claimed by several pro-Modi news networks. But liberals suspect Khan and Padukone were punished for speaking up against Islamophobia, and the cases against them are part of a more insidious campaign to intimidate Muslims and liberals associated with Bollywood.

This would be part of a wider pattern. Since Modi came to power, minorities and liberals in all influential segments of society have insinuated they are under pressure to silently accept the Hindu right’s discriminatory ideas about what India should be.

First, journalists complained of duress as pressure to self-censor increased. Most news networks either gave in or walked a fine line while others became unabashed mouthpieces of government policies. Left-leaning universities and those dominated by minorities were targeted next. India’s film and television industry, which employs more than 1 million people and has admirers around the world, is the latest to feel the heat. Movies and movie stars are now at the heart of a cultural revolution designed to crush dissent against the Modi government and change India’s path from a diverse to a culturally homogenous society.

Bollywood has been the conscious keeper of a country navigating multiple fault lines at once. Although it has always had to tread cautiously to avoid irking the political powers that be, Bollywood has been a secular space that promoted cohesion among communities and played a constructive role in building a tolerant society. Over the last few years, however, actors have felt afraid to speak their minds regarding controversial political decisions, the industry is being discredited as a den of drug addicts, and the language of Indian cinema is slowly but surely changing.

For the longest time, songs such as, “Mazhab nahi sikhata aapas mein bair rakhna,” (or “Religion does not teach animosity”) spread the ideas of coexistence. They ingrained the value of syncretism in the minds of generations of Indians. But now, religious chauvinism is interspersed in songs and storylines without compunction. There seems to be a new obsession with making films about Hindu warrior kings who challenged Muslim rulers—the latter almost always painted as evil. A whole lot of chest-thumping and sword-wielding is done while hailing Hindu gods as if trying to invoke not just pride in Hindu heritage but something more—perhaps a sense of superiority.

Shubhra Gupta, a film critic and leading columnist with the Indian Express, told Foreign Policy that Hindi cinema set out to promote the values of “pyaar and bhaichara” (or “love and brotherhood”) in its early nation-building years post-independence. But that is changing fast. “Conservatism, patriarchy, and status quo-ism know no political boundaries. That is the kind of cinema that all mainstream [movie] industries in India are being relentlessly pushed towards,” Gupta said.

“Given its massive popularity, all governments down the decades have used the film industry to propagate its messages,” she continued. “But it is now more than ever under pressure to toe the state line of command and control, as the present regime understands the power of the image in a way none other has before it.”

Rahul Vohra, an Indian actor who has worked with Khan, said lawyers are now vetting scripts to not be on the wrong side of the central government. “And yes, all this is deliberately being done to install an invented narrative with a calculated aim of re-writing history,” Vohra said. “Many actors are scared to express their opinions, and many actually believe in the opinions of the government.” Vohra, like many others, suspect the drug charges were trumped up, especially since the evidence presented thus far has been thin. “I sincerely feel these are cooked-up stories with the specific intent of diverting attention from issues staring at us in the face,” he said, alluding to the country’s worsening economic crisis and rising inflation.

It began with the death of actor Sushant Singh Rajput in early 2020, whose parents alleged foul play even though the autopsy confirmed suicide. Rajput’s girlfriend, actress Rhea Chakraborty, was charged for procuring drugs for him. Chakraborty was the first to be arrested as part of an alleged “drug nexus” in the industry. Although she was a fresh face, her case set the stage to investigate the morals of movie stars. Rajput’s death also led to a debate on Bollywood’s widespread nepotism, and that was most certainly a good thing. Movies in the country are run like family businesses, with the children of actors and directors first in line to become next-generation stars. Yet there are many outsiders who have made it—Khan being among them. Central agencies’ focus and the media and trolls’ wrath, however, appear reserved for those who have not given public approval to New Delhi’s power center.

“The line that all of Bollywood is full of nepotism and drug addicts has been peddled with a great deal of energy,” Gupta said. “And that anything that comes out of it is tainted unless, of course, it wishes to stay on the safe side with movies about bad Muslim invaders and valiant Hindu kings who are defenders of the faith.”

India’s massive movie industry is split. There are actors who swear by the Modi government; just last week, one of them even said India attained freedom in 2014—the year Modi became the country’s premier. But others fear the space for them to be true artists and challenge rising majoritarianism in the country is shrinking. They are worried their films might be blocked or they might be slapped with cases like the ones Khan’s son and Padukone face.

Indian movies have many problems, including a highly sexist lexicon, but bigotry is not one of them. If the artists are silenced, there will be no one left to hold the mirror to society. Both Khan and Padukone have been cautious since the cases.