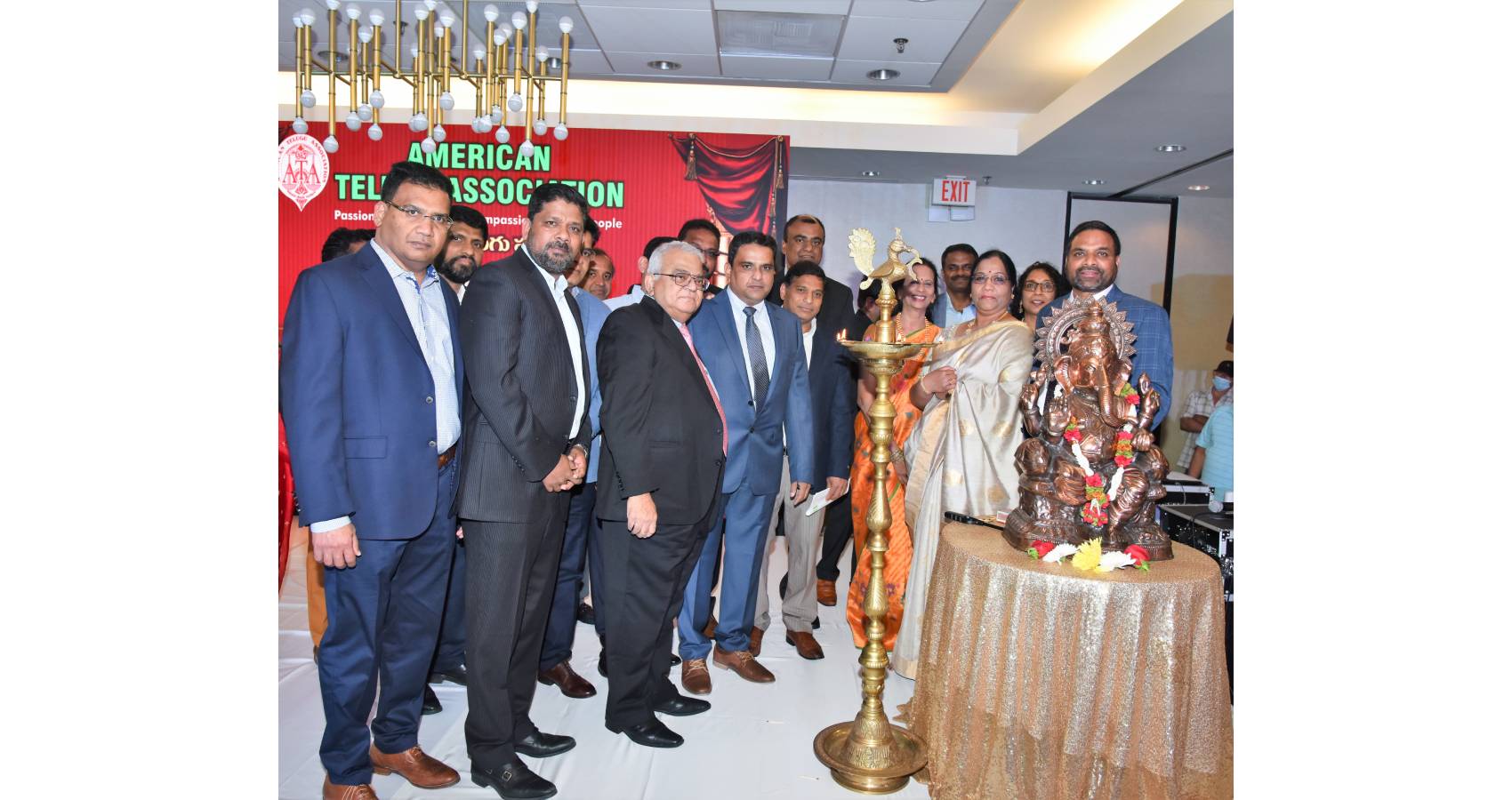 American Telugu Association, a burgeoning Telugu association catering to the needs of Telugu People across North America announced on Saturday that it is ready to conduct its first ever national Conference in Washington DC Area. In an event held on July 24th Saturday at Crowne Plaza hotel in Herndon, VA with much fervor and pomp, ATA announced that it will conduct its flagship event  ATA 17th Conference and Youth Convention at Walter E Convention Centre in Washington, DC on July 1-3rd, 2022 and unveiled the Conference Theme song & Logo.

ATA Jt. Secretary Ramakrishna Ala welcomed the audiences and guests onto the stage. Sr. Counsellor (Economic)  Embassy of India, Washington DC Mr. Anshul Sharma graced the occasion as chief guest and carried out the ceremonial lamp lighting ceremony to kick start the convention amidst nadaswaram music. Mr.Sharma applauded the efforts of ATA over the past 30 years and being a key integral part of Indian diaspora. 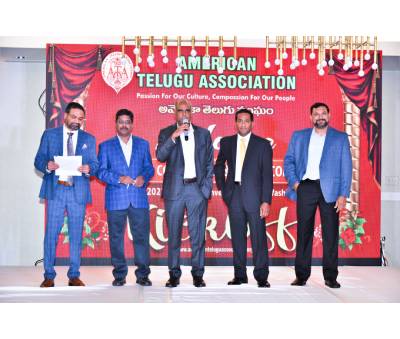 ATA President Boojala announced that this will be the major Telugu event in the post COVID world and was ecstatic to announce that Washington DC will host its first convention ever in capital area. Mr. Boojala quoted that all the Telugu  people are a single family and invited one and all to this festival of Telugu’s. ATA President Elect MadhuBommineni encouraged all the women to come forward and play a pivotal role in making the conference a huge success.

17th ATA Conference Convener SudheerBandaru requested the support of DC area Telugu’s to come forward in scores, volunteer and make this event a huge success. CATS President SudhaKondapu promised full fledged support of their entire team for the event from the bottom of their heart. Conference Coordinator Kiran Pasham announced that all the safety protocols were followed to conduct the event and appraised audiences that ATA in spite of being torch bearer of Telugu culture also is involved in a lot of SEVA activities.

Conference Director KK Reddy announced that 800 people attending the kick off meet itself conveys the enthusiasm within the Telugu community about this convention. Advisory committee chair Jay Challa pledged his full support and advised the committee to be always positive in their path towards the convention to make it a huge success. TANA, NATA,TDF,NATS, TATA, GWTCS, Varadhi, TAM, Ujwala, and several other organizations pledged their whole  hearted support for the event.

Festivities kickstarted with a plethora of ATA leaders from various parts of US descending upon DC metro area to participate in the event. Event Days Proceedings started with a strong contingent of  100 volunteers from ATA Executive board, Trustees, Adhoc, Standing Committees and local committees visiting Walter E Convention Center for a site visit and to plan the logistics. Fun filled evening programs included a medley of cultural and Bollywood dances.

Young Talented singers enthralled the audiences with their mesmerizing renditions of the popular Telugu songs. Fundraising event was held and $750K was raised towards the convention. Sumptuous food was provided. Saree clad Indian women and kids in ethnic attire adorned the halls of the meeting center and were witnessed having a great time. ATA Past Presidents ParmeshBheemreddy, KarunakarAsireddy congratulated the local teams and media for their outstanding support to ATA.