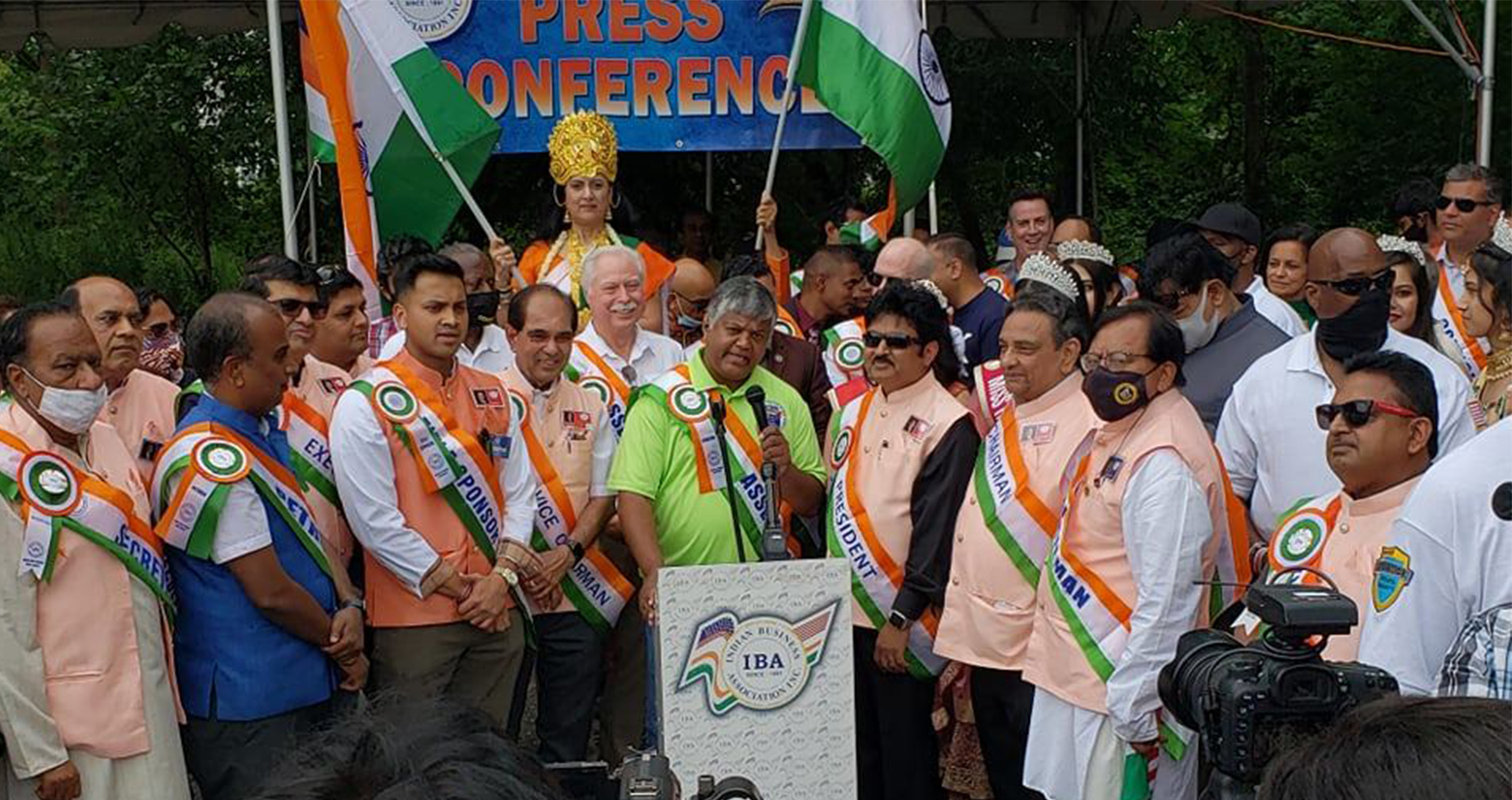 New Jersey’s Asian population has experienced remarkable growth within the last decade. According to census data released earlier this month, about 1.05 million New Jersey residents, slightly more than 11% of the state’s population, identified as either partially or entirely Asian. This striking 44% increase from the 725,726 who identified as Asian in the 2010 census prompts the question of whether the state government has changed to reflect new demographics. In fact, Asian candidates would need to win seven more seats in the Assembly and two or three more in the Senate for their representation to align with the state’s demographics. Nonetheless, there are those in the state government already leading the way to greater representation. Most recently, Assemblyman Sterley Stanley (D-Middlesex) joined State Sen. Vin Gopal (D-Monmouth) and Assemblyman Raj Mukherji (D-Hudson) as the third Indian American to be elected to the state legislature. 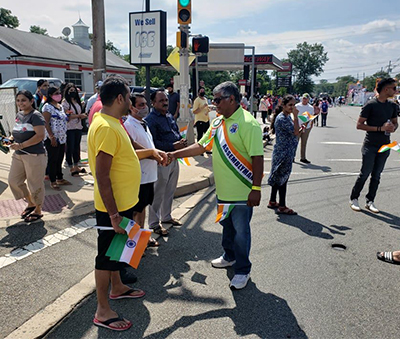 Stanley won his 18th District Assembly seat in a Special Election in January 2021, becoming the first South Asian to represent Middlesex County in the New Jersey Legislature. Stanley defeated fellow Democrat, Edison Councilman Joe Coyle by a vote of 189-136, a 58%-42% margin, according to the Middlesex County Democratic Organization. The seat became vacant when former Assemblywoman Nancy Pinkin resigned after being sworn in as the new Middlesex County Clerk.Endorsed by the Middlesex County Democratic Organization, Assemblyman Stanley was sworn in on January 27th, 2021. Stanley serves as a member of the Assembly Committee On Law And Public Safety and as a member of the Assembly Committee On Health. “I am honored to serve the residents of the 18th district and eager to roll up my sleeves to address the needs of our wonderful, diverse district and state,” Stanley said in a statement after being sworn in as an Assemblyman. “The events of the past year have shown us the danger of divisive forces, but they have also shown us the strength and necessity of collaboration. Truly listening to one another will allow us to better understand the issues and each other and to develop and implement nuanced, detailed solutions that reflect every community’s situation.”

Prior to being selected to fill the seat, Stanley served two terms as an East Brunswick Councilman. While on the East Brunswick Council, he advocated for fiscal responsibility, economic redevelopment and community building programs. The 54-Year-old Stanley was re-elected to his East Brunswick Council seat by 5,137 votes in 2020 against Republican Suzanne Blum and served as Council President in 2019 and 2020. During his time as councilman, the council and mayor’s administration “stabilized East Brunswick taxes without a reduction in services; re-established the East Brunswick Regional Chamber of Commerce; strengthened community relations with law enforcement; maintained a strong relationship with the public school district; and focused on delivering ratables through redevelopment.” Stanley won the Democratic primary this past June and will run in the general election in November 2021 for a full two-year term. The 18th District has the highest percentage of Asian Americans of any legislative district in the state, and Middlesex, Stanley’s home county, has the largest Asian population in the state, at 237,945 residents. In addition to East Brunswick and Edison, the 18th District includes Helmetta, Highland Park, Metuchen, South Plainfield And South River – all Middlesex municipalities. NJ State Assembly Speaker Craig Coughlin, while welcoming Stanley into the Assembly Democratic Caucus, stated, “Sterley is a true and dedicated public servant who distinguished himself as a two-term East Brunswick Councilman and he makes history as the first South Asian Assemblyman from Middlesex County. I look forward to working with Assemblyman Stanley as we seek to advance our shared priorities of protecting the middle class and our most vulnerable residents.” 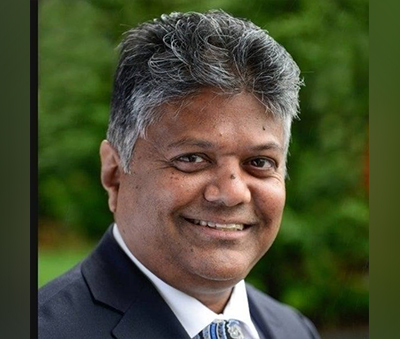 Stanley was born in the State of Karnataka, India and immigrated to Brooklyn, NY at a young age.  For the last 21 years, he has called East Brunswick his home. While living there, he has worked in the finance industry as a title and life insurance agent, as well as a mortgage broker. Stanley is a proud father of three children and has been actively involved in the Middlesex County community, previously serving as a Trustee of the Lighthouse Christian Fellowship Church in East Brunswick and as President of the Fox Meadow Condominium Association. State Sen. Patrick Diegnan (D-South Plainfield) was among those who had supported the then East Brunswick Councilman Sterley Stanley for the Assembly Seat. “I’m supporting Sterley Stanley,” he said. “He’s a good guy and he works with me all the time.” At a February 8th meeting, the East Brunswick town council honored Stanley’s four years of local service. At the meeting, Stanley stated that one of his proudest achievements as Council President was helping to ensure that the governing body functioned as a cohesive unit. “We might have had differences of opinion and we have differences in the way we solve things, but at the end of the day, we all got together and did what was best for the Township,” Stanley said. “I feel honored now to not just represent East Brunswick, but the whole 18th District, and all seven towns that are there,” he said.

Stanley said he looks forward to applying everything he has learned in the last four years on the council and everything he has achieved in the township and bring it to the State level. “It is a true privilege to represent the people of District 18 and The State Of New Jersey,” said Stanley.  “I am committed to serving the residents and I look forward to working with my Assembly colleagues to best address the needs of this wonderful, diverse district and state. It is important, to me, to ensure all voices are heard so that we can work together in harmony and maintain a strong, united community.” During his time as Councilman, Stanley’s efforts to help establish a redevelopment agency were well received by the public.  Through town halls and other outreach efforts, he has always encouraged residents to actively participate in the process and prioritized working with them. In another collaborative initiative, he worked with the East Brunswick Police Department to strengthen dialogue around cultural diversity within the community. Stanley is generally committed to “establishing open lines of communication” and to strengthening the relationships between state legislators and each town’s administration, municipal chairs and committee persons. He intends to “always be available to listen to their issues and provide support,” hoping to “work at the state level to promote transparency and community engagement.”

“Our main streets are the backbone of our community and I will work to move past the current economic crisis to ensure that local businesses thrive,” Stanley declared. “I will help with identifying areas in need of redevelopment and take action to bring more responsible economic growth to create local, sustainable, good-paying jobs, while ensuring the same access to opportunity for all by enacting legislation that builds bridges for all.” “The issues we confront are not simple, but I deeply believe that they are not insurmountable if we understand their complexity and commit to respecting the perspectives that our fellow community members and leaders bring to the table.”