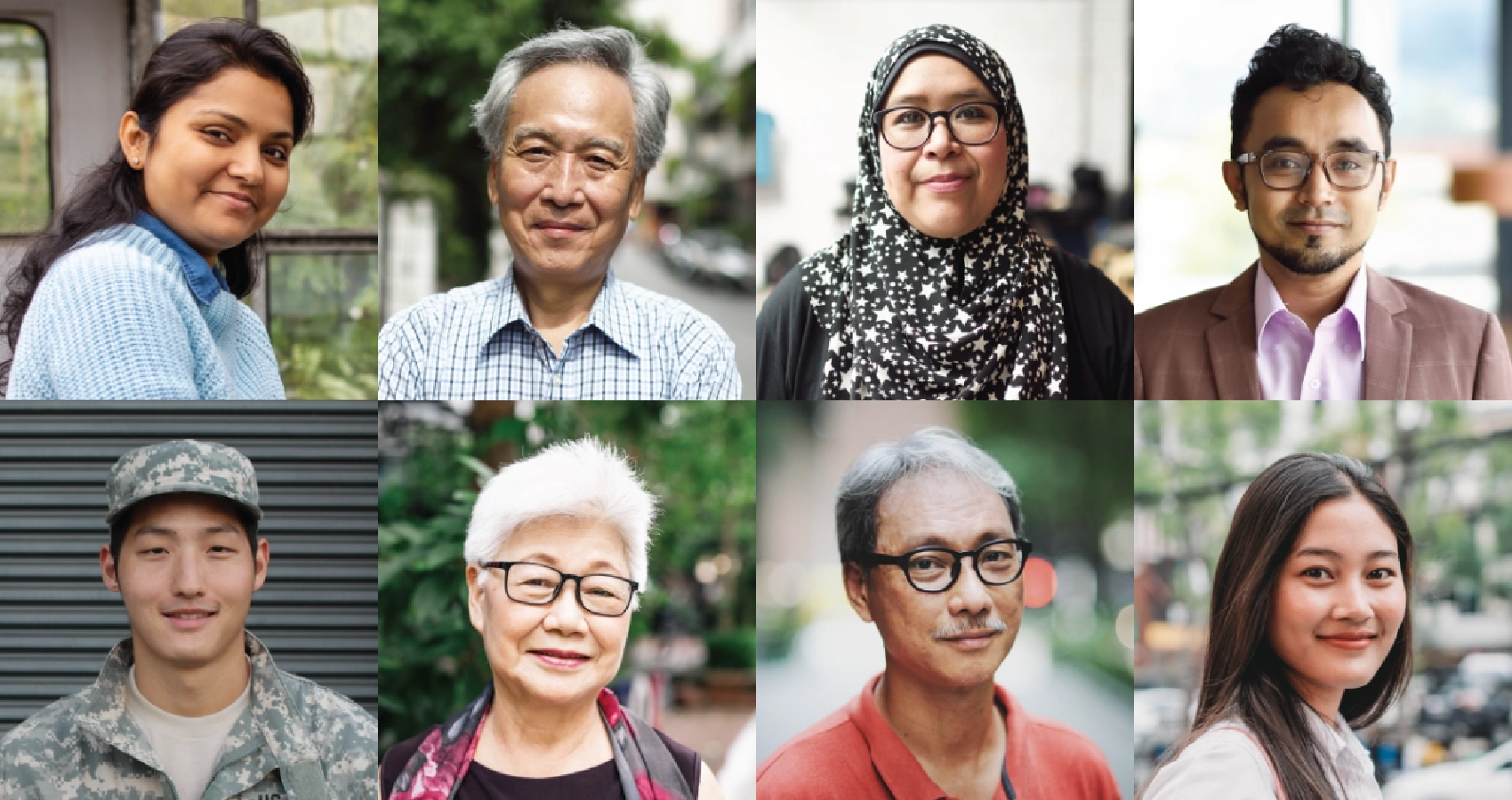 Violence against Asian Americans has increased by 150 percent since the arrival of the pandemic in the United States, just over one year ago, writes Dr. Desai

Like many Americans, I reacted to the recent murders of six Asian Americans in Atlanta with horror. That I wasn’t surprised only heightened my anguish.

Violence against Asian Americans has increased by 150 percent since the arrival of the pandemic in the United States, just over one year ago. For anyone with an even passing knowledge of Asian American history, such violence is consistent with the treatment of Americans of Asian origin for well over a century, going back to the Exclusion Act of 1882 and including the incarceration of Japanese Americans during World War II, attacks against South Asian Americans following the 9/11 attacks, and many more examples.

As officials debate whether the Atlanta murders should be classified as a hate crime or not, in the context of Asian American history, one thing is clear: Violence against Asians Americans grows when there is tension between the U.S. and an Asian country — in this case, China. Asian Americans are typically identified as the “other”: Asian and foreign; not American enough. Ironically, what unites Americans of Asian origin is not their Asian-ness: They come from many diverse countries, with a dizzying variety of cultures and histories, and speak hundreds of different languages, even if the census defines them as a single entity. What unites them, in fact, is their shared experience of being seen as less than fully American. Their affinity and commitment to the United States comes under suspicion during times of trouble. 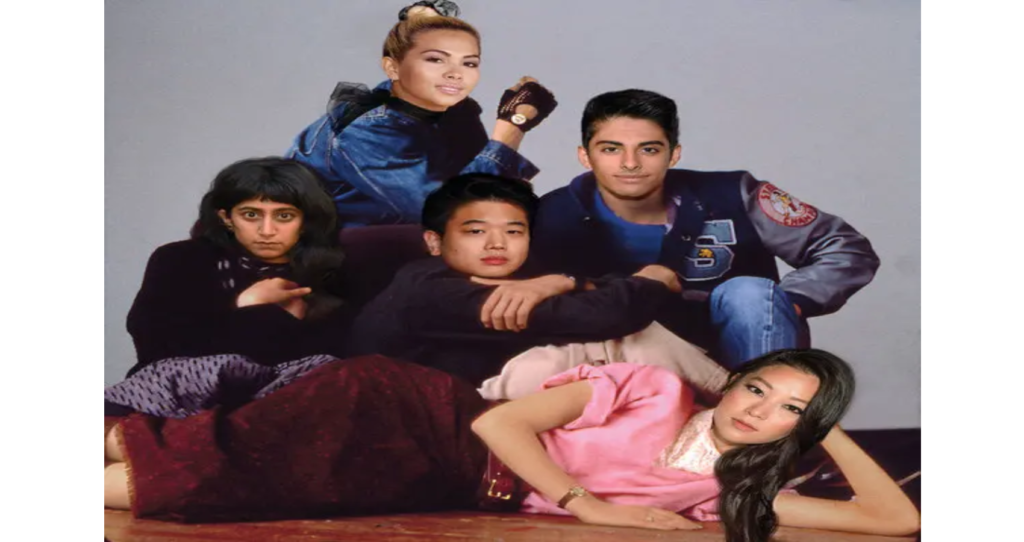 In many ways, Asian Americans are a perfect metaphor for understanding the American experience in the 21st century. A majority of them (59 percent) are foreign born, but a significant number claim generations of American-born ancestors. Most maintain connections to their ancestral homeland. But that doesn’t mean that they are less committed to America. The idea of a multiplicity of belongings — something inherent in the experience of Asian Americans — should be seen as an advantage for the United States, providing for a more capacious sense of global belonging that we so desperately need in the age of COVID-19 and the climate crisis. Instead, too often Asian Americans end up trapped in an unwelcome binary: claimed by neither Asia nor America, and belonging nowhere.

My initial skepticism of Asian Americans’ shared identity (and whether my own identity would expand beyond “Indian American”) grew from my experience organizing Asia/America: Identities in Contemporary Asian American Art, a 1994 exhibition at Asia Society Museum featuring Asian American artists exploring their multi-rooted identity. Questions and reactions to the show were revealing. “Why are you showing this art at the Asia Society?” said a major patron and collector of Asian art. “These artists belong in a show at the Whitney. They really don’t have much to do with Asia.” An Asian American artist and activist added that “by showing the work at the Asia Society, you are limiting the context of our work, primarily Asian, and not taking it seriously in the context of mainstream institutions.” But an elderly Chinese American engineer, a visitor to the show, said that the show brought tears to his eyes. “I didn’t know that an institution like the Asia Society would ever pay attention to the experience of people like me who experience the bicultural identity viscerally, but are denied that feeling in society.”

The Chinese American engineer was right in some ways. For the first two decades after Asia Society was founded in 1956, there were no programs focusing on Asian Americans, and there were hardly any staff members of Asian origin. The focus on Asia, a geographic region far removed from the U.S., was developed with good intentions: Americans had fought three wars in Asia (World War II, The Korean War, and The Vietnam War) but knew little about the continent. We needed to learn about the rich histories and culture of Asia and educate ourselves about its future potential.

However, that meant that little attention was paid to the complex and varied experiences of Asian Americans. When Robert Oxnam, then president of the Asia Society, was asked by The New York Times to write a major article on Asians in the United States in 1986, it made a huge impression on the Asian American communities. A colleague and a friend of mine — who later became a collaborator on a major Asian American national initiative organized by Asia Society in the 1990s — remarked that it was the first time the Society, perceived as a blue-blood Rockefeller institution catering to wealthy whites, paid visible attention to the Asian American experience. As a museum curator and an Asian art historian, I was very familiar with Asia Society’s commitment to traditional Asian art, the kind collected by Westerners. But I too noticed from afar that Asia Society was beginning to focus on the lived experience of immigrants like me when I heard about the first major conference on the Indian American experience, organized by Asia Society as part of the Festival of India in 1985-86. 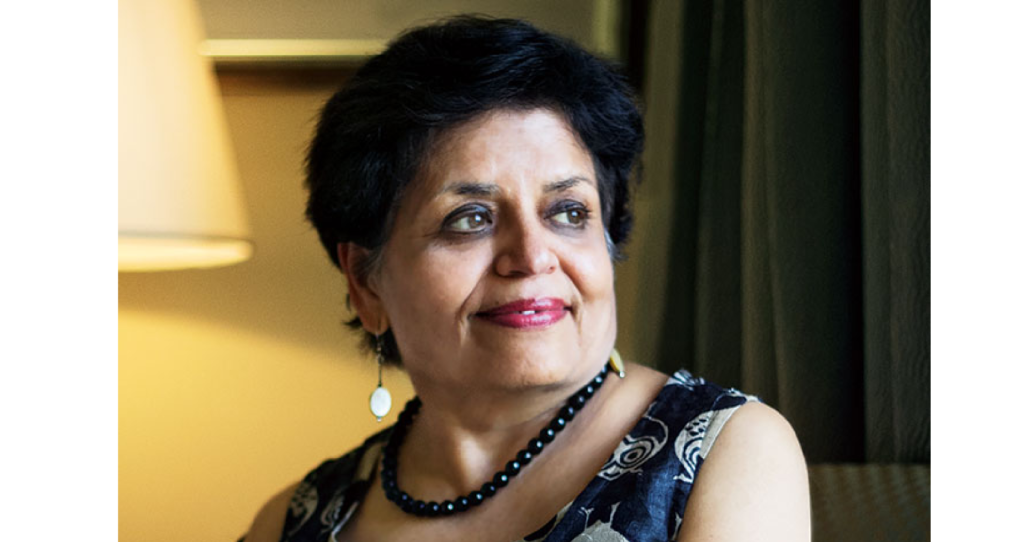 When I joined Asia Society in 1990 as director of the Asia Society Museum, I was the first department head of Asian origin — there was only one other Asian American person in the senior ranks. We made up lost ground in the succeeding decade by developing an institution-wide initiative to increase Asian American programs, audiences, staff, and board members. With a large grant from the Wallace Foundation, we were also able to develop a robust plan for the study and assessment of Asian American views of the institution. It was shocking, if not surprising, to hear that many Asian Americans didn’t feel welcome to the Park Avenue-based institution before, but were beginning to feel the effects of the changes we were making. “We thought Asia Society was really for white people’s experience of Asia, as an exotic and far way place, not for people like us who may mess up their idea of an unadulterated and pure Asia,” one viewer said.

At the same time, the element of mistrust was strong: Why did the Asia Society receive a generous grant to work on Asian American programs and audiences when so many smaller community organizations were struggling to stay afloat? And how did the institution intend to work with these communities without exploiting them? Asia Society worked hard to show skeptics that partnership was of paramount importance, bringing organizations such as the Asian American Writers’ Workshop and the Asian American Film Festival in its fold to present co-curated programs and strengthen community bonds.

When I became president of Asia Society in 2004, the responses from a diverse group of Americans and Asian Americans were surprising, but also consistent with prevailing attitudes: “I never thought Asia Society would appoint a person of Asian origin, let alone a woman, to lead the institution,” said one. “How will Chinese and the Pakistani leaders react to the appointment of an Indian to an American institution?” (Never mind that I had been an American citizen for 25 years by that point). A Chinese diplomat was more direct. “When I close my eyes, I hear an American voice,” he said. “But when I open my eyes, I realize that you are actually Indian. I am confused. How will you, an Indian, make decisions in your position as the president of Asia Society, an American institution?” The fact that I defined myself as an Asian American (Asian and American) was still difficult for many people to acknowledge and accept, even in the first part of the 21st century. This was true not just in the United States but also in Asia.

Now in the third decade of the 21st century, there are many Asian American doctors and public health experts discussing the COVID-19 situation in national media outlets as well as prominent Asian American lawmakers in Congress speaking on wide range of issues. The election of Vice President Kamala Harris, the first Asian American and the first African American female to hold the second highest political position in the country, suggests that we have made progress in seeing Asian Americans as true Americans.

But the continuing violence against people of Asian descent, targeted for an association with their country of ancestral origin rather than their adopted land, suggest that we have a long way to go. We must continue fighting for Asian Americans’ rightful place in America by telling their stories, standing up for their rights, and by creating coalitions among Asian American and other communities of all stripes. Only then will we fulfill the promise of making a more perfect union, embodied in the motto: E Pluribus Unum. Unity in diversity.