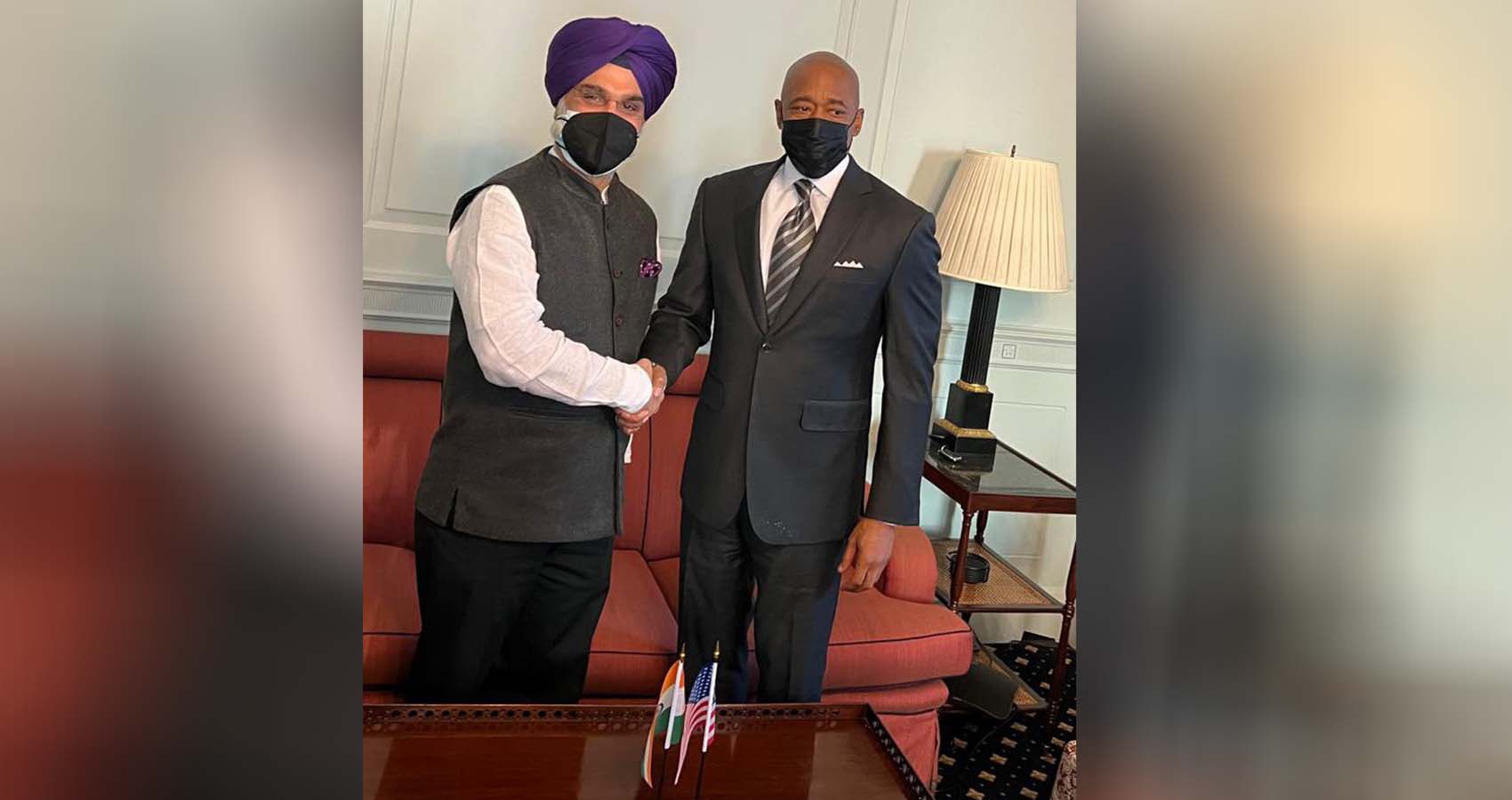 Ambassador Sandhu congratulated Mayor Adams on his historic election as the New York City’s Mayor and conveyed best wishes. He thanked the Mayor for his support to India-US partnership and to the Indian diaspora in New York. 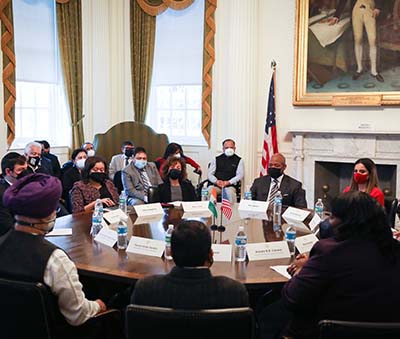 They held discussion on further bolstering the strong partnership between India and the City of New York with special emphasis on key areas including affordable healthcare, renewable energy, new and emerging technology, education and knowledge partnership, IT and fintech.

Ambassador Sandhu sought the support and participation of Mayor Adams and his team in the Consulate’s programmes to commemorate 75 years of India’s independence, Azadi Ka Amrit Mahotsav, celebrating rich cultural heritage of India in the city of New York, and further strengthening people to people ties.

After the delegation level meeting, the two sides were joined by around thirty prominent members of the City’s Indian American diaspora. Indian community in New York and USA is the living bridge between the two countries. Its contribution was acknowledged by Mayor Adams and he assured that New York-India partnership will grow even stronger under his leadership.