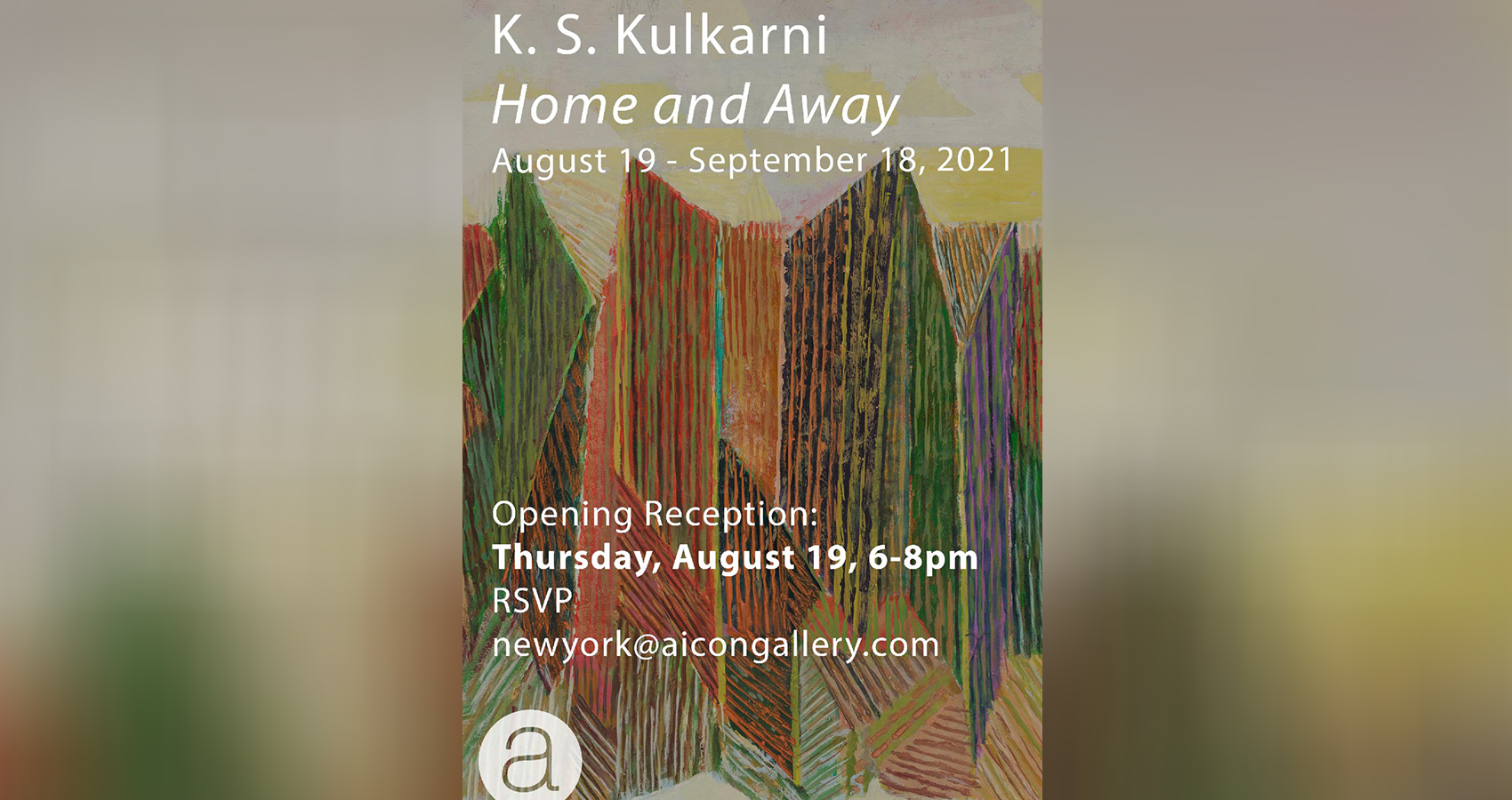 Aicon Art New York is presenting Home and Away, a debut solo exhibition by the late K.S. Kulkarni, an influential figure in the history of modern Indian art. The exhibition, in collaboration with the artist’s family, will be Kulkarni’s first solo exhibition in North America in over a decade.

A founding member of the avant-garde Delhi Shilpi Chakra movement, Kulkarni sought to develop an idiom that was both grounded in the “soul of the people” and also aligned with the “process of progress.” His works garnered appreciation both in his native New Delhi, but also in the many places he travelled and absorbed influences. The current exhibition comprises canvases and works on paper that the artist created between his New Delhi studio and his travels around the US during the 1970s and 1980s. His use of expressive line, full-bodied color and simple forms distinguishes Kulkarni as one of the foremost painters to have left their mark on Indian modernism. We sincerely hope you can join us at the opening reception.

On Thursday, August 19 from 6pm to 8pm, we will host an in-person opening reception at the gallery. We encourage RSVPs for the same in order to allow us to effectively socially distance and to disinfect surfaces. NY state recommended PPE will be available on site. We do not recommend scheduling an appointment if you or anyone you are in regular contact with, has compromised health at this time.