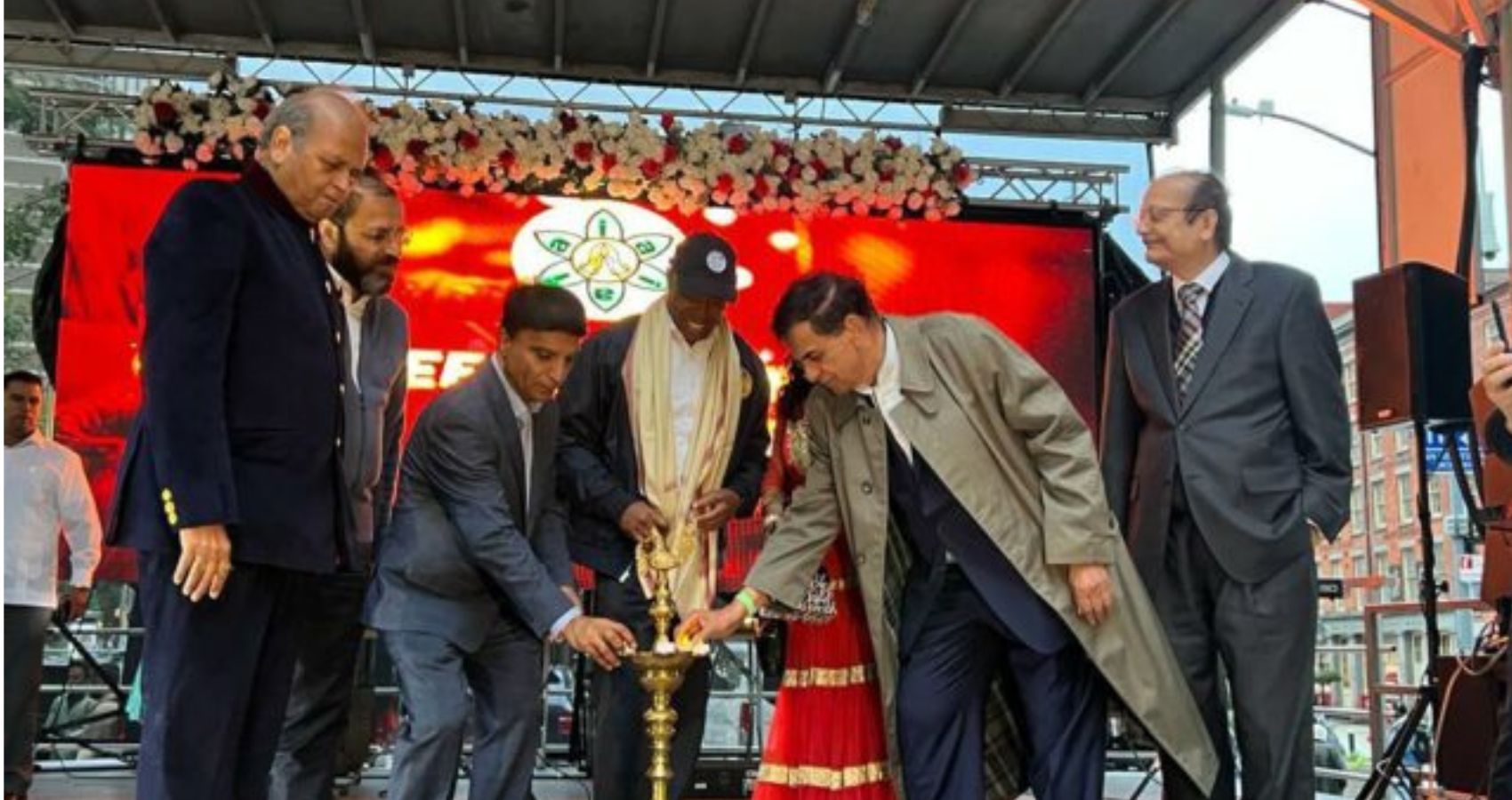 Traditional and fusion dancers, scrumptious food, music, a bazaar with variety of vendors, happy crowd, all made the annual event held after the Covid pandemic, a memorable one for thousands of people from the New York tri-state who had come in large numbers to celebrate Indian culture.

The celebrations were capped by a visit from the Mayor of New York City Eric Adams, who lit the traditional lamp along with leaders of the AIA-NY including President Harish Thakkar and Dr. Sudhir Parikh, chairman of Parikh Worldwide Media/ITV Gold, the media sponsors of the event.

Dr. Parikh, a Padma Shri recipient, praised organizers, especially Thakkar, for a successful festival and assured AIA-NY that he was there personally to support them as was his media conglomerate.

“Rain or shine, we still do the festival. There are a lot of vendors here. This is one of the biggest Diwali festivals, going on throughout the day” Harish Thakkar told ITV Gold.

Fireworks sponsored by Cheapo Air and Qatar Airways, rose to the sky for 23 minutes,  to everyone’s delight at the end of the event. During the fireworks, dinner was served on the Hudson, so that attendees had a ringside view. Mayor Adams addressing the crowd from the stage said he is trying to push for including Diwali as a school holiday in the city. He urged the community to lobby councilmembers to strengthen the case for it. Heeta Thakkar, the daughter of Harish Thakkar, made an appeal saying all cultures and communities deserved a holiday.

The Mayor said he was very involved with Indian-American and other minority communities in the city and has been trying to address their concerns. He also said any concerns the community or businesses had should be brought to his attention.

Several youthful dance groups showed their talent on stage, and Bollywood singer Rex D’Souza, and New Jersey’s Vidya Dave, performed at the event. Fourteen-year old Bharatnatyam dancer Maheshwari Jagabattula impressed the crowd with her performance. A semi finalist in India’s Got Talent season 5, she has won many accolades and at this young age is doing her Masters in Forensic Science at Pace University, NYC.

“We wanted to make the show go on and at the end of the day, people were happy the event happened,” despite inclement weather, Thakkar told Desi Talk.