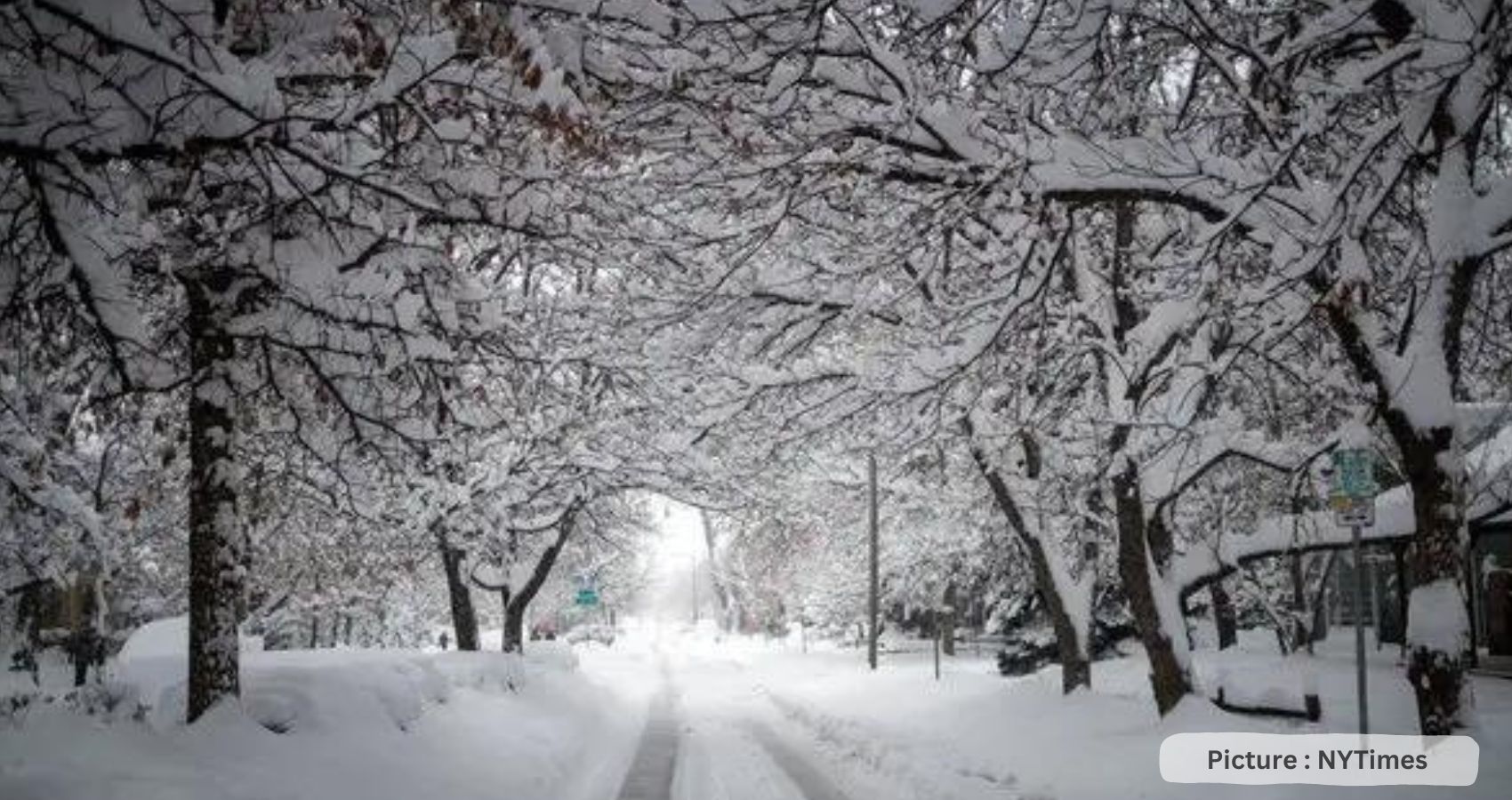 An Arctic blast surged across a wide swath of the United States on Wednesday, gripping much of the nation with bitter cold and life-threatening wind chills ahead of a powerful winter storm expected to complicate holiday travel for millions of Americans.

About 200 million people in the Lower 48 states were under extreme weather alerts as a freezing air mass descended from the Northern Plains, sending temperatures into a nosedive, said Bob Oravec, a forecaster with the National Weather Service (NWS).

The latest bulletin from the National Weather Service (NWS) names the cause as a “strong arctic high pressure system,” which swept down from Canada, leaving a wake of life-threatening weather systems across 17 states.

The extreme weather coincided with the start of a holiday travel season shaping up as one of the busiest in decades. Nearly 113 million people could travel more than 50 miles (30 km) from their homes beginning Friday, according to the American Automobile Association, assuming winter conditions don’t scupper their plans. Holiday travelers should proceed with extreme caution, forecasters say.

The impending storm, fed by moisture from the Great Lakes, could dump up to a foot (0.3 m) of snow on the Upper Midwest between Wednesday and Friday, with blizzard conditions stretching from the Northern Plains states to the Great Lakes region.

By Thursday night, a so-called “bomb cyclone” will likely form as the strong Arctic front sweeps across the Great Lakes, driving temperatures to record-breaking lows on the Gulf Coast and the eastern United States by Friday, Oravec said.

Wind-chill and hard-freeze warnings extended through much of Texas, Louisiana and Alabama, with a hard-freeze watch posted for the Florida panhandle.

By Friday, temperatures could hit the season’s lowest in what is only the first week of winter. Even northern Florida cities like Jacksonville and Tallahassee could see a chill as low as 20 F on Christmas Eve.

“Low visibility will create even more dangerous travel conditions on top of snow covered roadways,” the NWS says. “Additionally, the strong winds could lead to potential power outages from the Midwest to the Northeast. It is imperative that travelers check the latest forecast before venturing out.”

The cold will stick around for Christmas weekend, making this the coldest Christmas in roughly 40 years for portions of the Plains and Midwest.

Frostbite is a major risk for those trying to brave the cold, the NWS says. Subzero temperatures in some parts of the U.S. this week could lead to frostbite on exposed skin in as little as 10 minutes. Those venturing outside should dress in layers, cover their skin and change into dry clothing as soon as possible. But, experts say, the best prevention by far is simply to stay indoors.