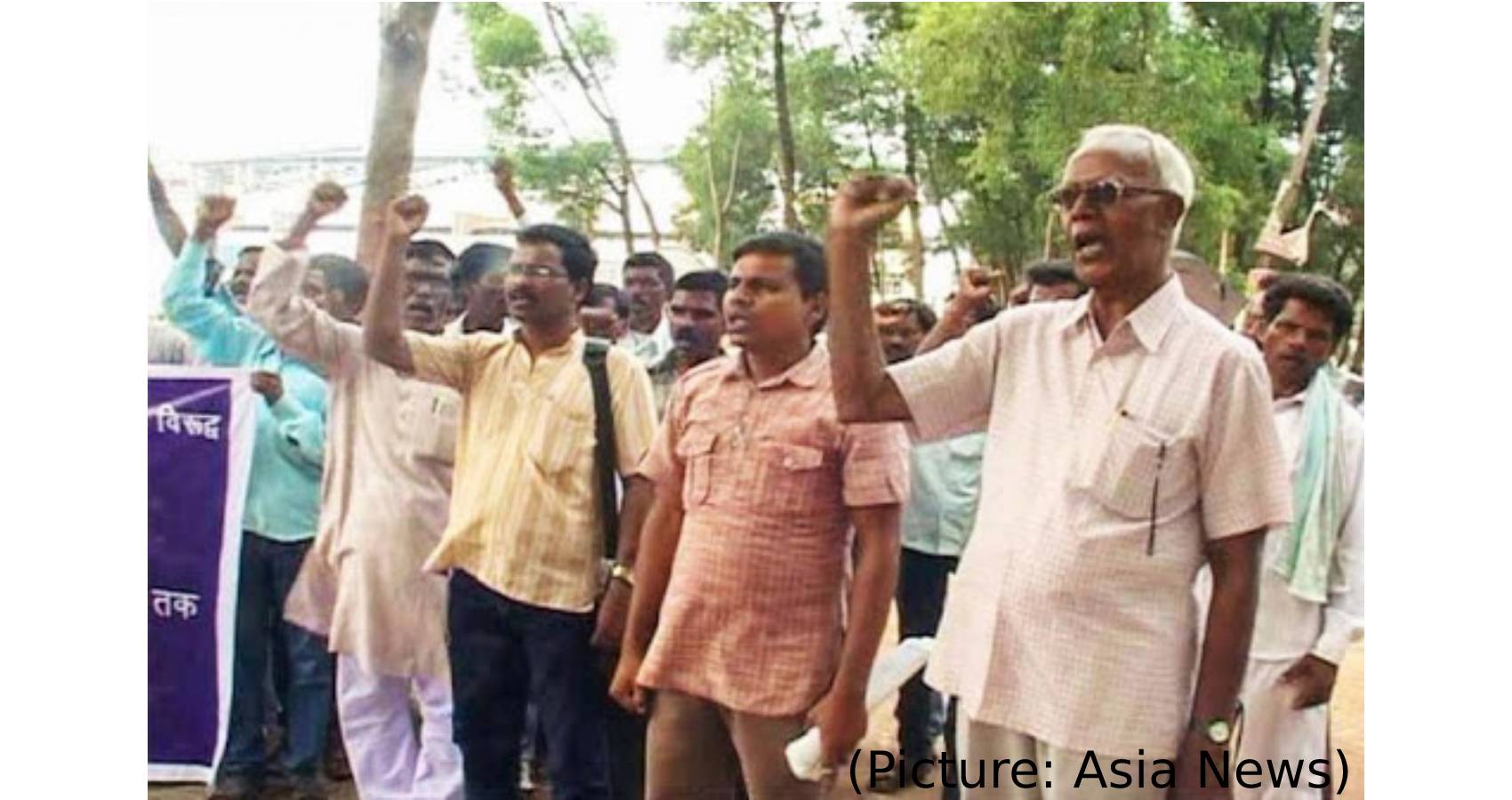 On 5th July 2021, India’s human rights movement lost one of its dogged and principled workers Fr. Stanislaus Lourduswamy, popularly call Stan Swamy. He breathed his last in Holy Spirit Hospital Mumbai. Coincidentally at that time his bail petition was being heard by the Court. He was in Taloja prison on the charge of Bhima Koregaon case, he was the oldest person to have been accused of terrorism by NIA and was in prison under the draconian UAPA law, in which the hearing of the case is not time bound and the person can be incarcerated for long time, without any tangible reason. Authorities are not duty bound to present the evidence of the crime particular timeframe. He was arrested nearly eight months ago. 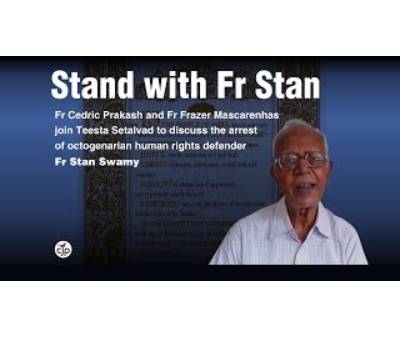 Bhima Koregaon incidence took place in 2019, 1st July. As thousands of dalits were returning after paying homage to dalits who lost their life in battle against Peshwa army in 1818, they were attacked. This battle had taken place between the Peshwa Baji Rao’s upper caste army against the East India Company’s army constituted mainly by Mahar community. Mahars saw it as a defeat of casteist forces and celebrated the victory, a victory pole was erected and annually dalits started visiting the place as a mark of defeat of Brahmanical forces. Babasaheb Ambedkar also visited the place in 1928. It became an ideological identity booster for the dalit community.

In 2018 as it was second centenary of the event lakhs of dalits visited Bhima Koregaon to show their solidarity with the cause of dalit upliftment. After the attack on dalits initial FIR was filed against Sambhaji Bhide and Milind Ekbote, two Hindutva leaders. Elgar Parishad was organized in Pune by Justice P.B. Sawant and Justice Kolse Patil. Later NIA took over the case from the state Government and initially started arresting people Like Sudha Bhardwaj, Shoma Sen, Surendra Gadling, Vernon Gonslaves, Arun Feirera on the ground that the violence was planned by the Maoists. The charge was that they had planned to overthrow the Government and kill Prime Minister Modi. Those arrested have been given the label of Urban Naxals, the ones who are supporting the naxal activities from urban centers.

The evidence has not been presented by police so far. Contrary evidence has surfaced. As per the US firm ‘Arsenal Consulting’ letters were planted in laptop of Rona Wilson and Surendra Gadling. The Court has not taken notice of this. The only person to get six month bail on health ground has been revolutionary poet Varavar Rao. In case of Stan Swamy, he is having Parkinson’s disease. He was denied the sipper for long time to help him drink tea etc.

From jail he wrote a moving ‘caged birds can sing’. He stated in his letter from jail that he is being helped by prison inmates to take care of his daily needs and that in prison all his body systems are deteriorating. Much later without giving bail Court permitted him to be treated in a community hospital. Meanwhile he also had the Covid infection which left him weaker and more debilitated. His death has been mourned by most of the civil rights groups not only from India but also from abroad. United Nations Human Rights body (Nadine Maenza) and European Union representative for human rights (Eamon Gilmore) have expressed deep sorrow and concern on the whole issue

Father was working among the Adivasis of Jharkhand. The BJP regime was taking away the forest lands and passing it on to Corporate for the natural resource. Thousand of Adivasis were put behind the bars for opposing this move of the Government. Fr. Stan stood tall in supporting the cause of these marginalized sections of society. “If you question this form of development, you are anti-development, which is equal to anti-government, which is equal to anti-national. A simple equation. This is why government calls me a Maoist, although I am completely opposed to Maoist methods, and has nothing to do with them”. He was part of the team which authored the report in 2016, “Deprived of Rights over Natural Resources, Impoverished Adivsis Get Prison.” His life was very simple. Used to travel in the ordinary rail compartment to save out on money. Lived on frugal means, totally committed to the rights of Adivaisis among whom he was living.

We have lost great human rights activists, no lime light, quiet and committed work for the basic human rights of marginalized sections. Even from prison he wrote more about those who have been lodged in jail without the cases being brought up in the Courts, basically being made to rot, incarcerated for raising their voice for justice.

The great loss to Human rights movements reminds us about the methods being used by the state and the lack of sensitivity of judiciary in dealing with the likes of Stan Swamy, who have been put behind bars on the pretext of plan to murder our Prime Minster! It is to silence the voices of dissent, to undermine those who speak up for the average and marginalized, in the language of Gandhi those who speak up for those who are standing last in the queue. We are living in times when policies are being manipulated to please those who are standing in the front rows of the queue. We are living in times where on one hand organizations like Vanvasi Kalyan Ashram have been floated by RSS to co-opt Adivasis into the agenda of Hindu nation and on the other those working for the just rights of Adivasis, like Fr. Stan are being implicated.

The only comparison I can think for this great person is the Saints, who were articulating the morality of Justice. Saints had to face the wrath of powers that be. This institutional murder of Fr. Stan on one hand reminds us as to how saints were persecuted by those in power and on the other it has diminished us as a nation. It is time that we need to form joint platforms to protect justice for all marginalized sections. His life should make us stand against the prevalent injustices and work for stopping the deep erosion of democratic values. That will be the fitting tribute to him.