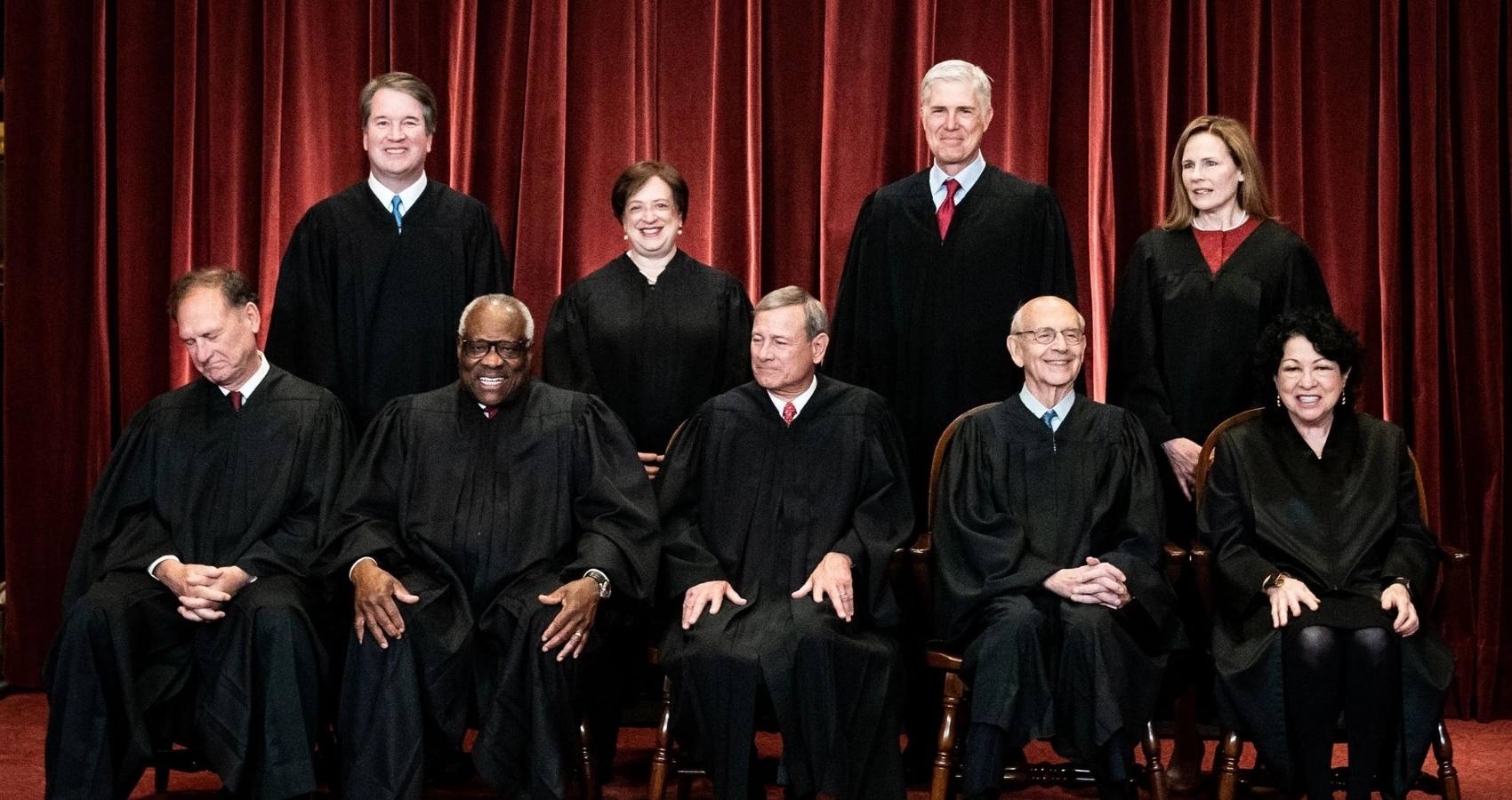 The United States Supreme Court this term seemed to embody William F. Buckley’s adage that “a conservative is someone who stands athwart history, yelling ‘Stop.’ ” In a country of 330 million people and 390 million guns, the conservative supermajority returned America to a historical moment of looser firearm laws.

It delivered the country to an era where religious schools, even those which openly discriminate against LGBT students, must be eligible for state funding that is available to nonreligious schools.

And at a time when an unwanted pregnancy can be medically terminated at home, the court has allowed states to make swallowing an abortion pill a crime.

The court’s monumental decisions this term shook the country and moved it sharply in a conservative direction, say observers from across the spectrum.

“Our country is deeply politically polarized and the court made clear that it is solidly on one side of this divide,” said Erwin Chemerinsky, dean of the UC Berkeley School of Law. “There is no way to know at this point what it will mean for the court or our society.” 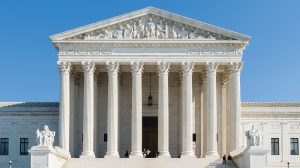 Before a historic series of rulings it was clear the Supreme Court, in its first full term with six conservative justices, was going to move to the right. It just wasn’t clear how far it would go or how fast.

That picture came into focus quickly over the last two weeks, as the high court’s supermajority issued a landmark decision erasing the nearly 50-year-old constitutional right to abortion by overturning Roe v. Wade. The decision to strike down Roe was the most earth-shaking, but it was hardly alone.

The court also enshrined a right to carry a handgun in a ruling striking down New York’s concealed carry permit law. It curbed the authority of the Environmental Protection Agency and executive agencies more broadly. It issued rulings expanding religious liberty.

The decisions sent chills through progressives and Democrats, as they were welcomed by conservatives.

More broadly, they raised questions about the degree to which the court is in touch with the broader populace, and whether most of the electorate thinks the founding era is the best source of wisdom to guide a modern pluralistic democracy.

Public confidence in the court has reached record lows, and polling shows that at least some of the ground-shifting rulings this term were opposed by majorities.

“The Supreme Court, for the first time to many Americans, seems significantly out of touch with Americans’ values and interests,” said Michele Goodwin, a law professor at the University of California Irvine, who criticized the court for “selectively, if not opportunistically” applying its interpretative methods.

In a sign of just how transformative this court term was, the National Conference of Bar Examiners issued a notice to upcoming bar exam test-takers that they “would not be required to be familiar with this term’s U.S. Supreme Court decisions.” Constitutional law professors were also flummoxed.

“Religion has totally been turned on its head. Abortion, fundamental rights, totally turned on its head. Structural issues, the whole new idea of the ‘major questions doctrine,’ which wasn’t even a thing last year, now it’s got to be a new chapter,” said Steve Schwinn, a law professor at the University of Illinois Chicago.

“I’m actually seriously considering is changing the focus of my class from a class on law to a class on constitutional politics,” he added. “The court has always been political, and I understand that. But these dramatic shifts in such a brief period of time, based only on the headcount on the Supreme Court — I don’t know how you explain this to students other than raw politics.”

This court term marked a breakthrough moment for the conservative legal movement’s well-funded and norm-shattering effort to groom a generation of conservative lawyers, elevate reliable allies to the Supreme Court and reshape American life in fundamental ways.

Yet the 6-3 conservative supermajority Supreme Court at various points sought to downplay the transformational nature of their actions, as well as an internal dissension among the justices that was clear from their own written opinions.

Writing for the majority in overturning Roe v. Wade, Justice Samuel Alito emphasized that his ruling was narrowly aimed at abortion. He insisted the decision would not threaten protections for same-sex marriage (Obergefell v. Hodges), sex between gay couples (Lawrence v. Texas) or the right to contraception (Griswold v. Connecticut).

But Justice Clarence Thomas, in a concurring opinion, wrote that the reasoning underlying the opinion should call those other decisions into question. Thomas has long rejected the well-established principle that the Due Process Clause of the 14th Amendment protects not only procedural safeguards but also substantive rights.

Legal experts said the court’s approach to law this term raised legitimate questions about whether rights that are seen as having a thin historical record and which are not explicitly referenced in the Constitution — so-called unenumerated rights — remained on firm footing after the decision.

“This really is the ‘YOLO’ (you only live once) court,” said Leah Litman, a law professor at the University of Michigan. “In their first full term together, they built out a doctrine to limit the authority of administrative agencies; overruled Roe v. Wade; significantly restricted states’ ability to regulate guns; bulldozed through the separation of church and state while requiring more state support for religion in schools; severely limited the mechanisms to enforce criminal procedure rights; and more. In one term. I don’t think people fathom just how much more they will do,” she added. (https://thehill.com/regulation/court-battles/3544422-supreme-court-concludes-revolutionary-term/)

By, John Kruzel, At THE HILL