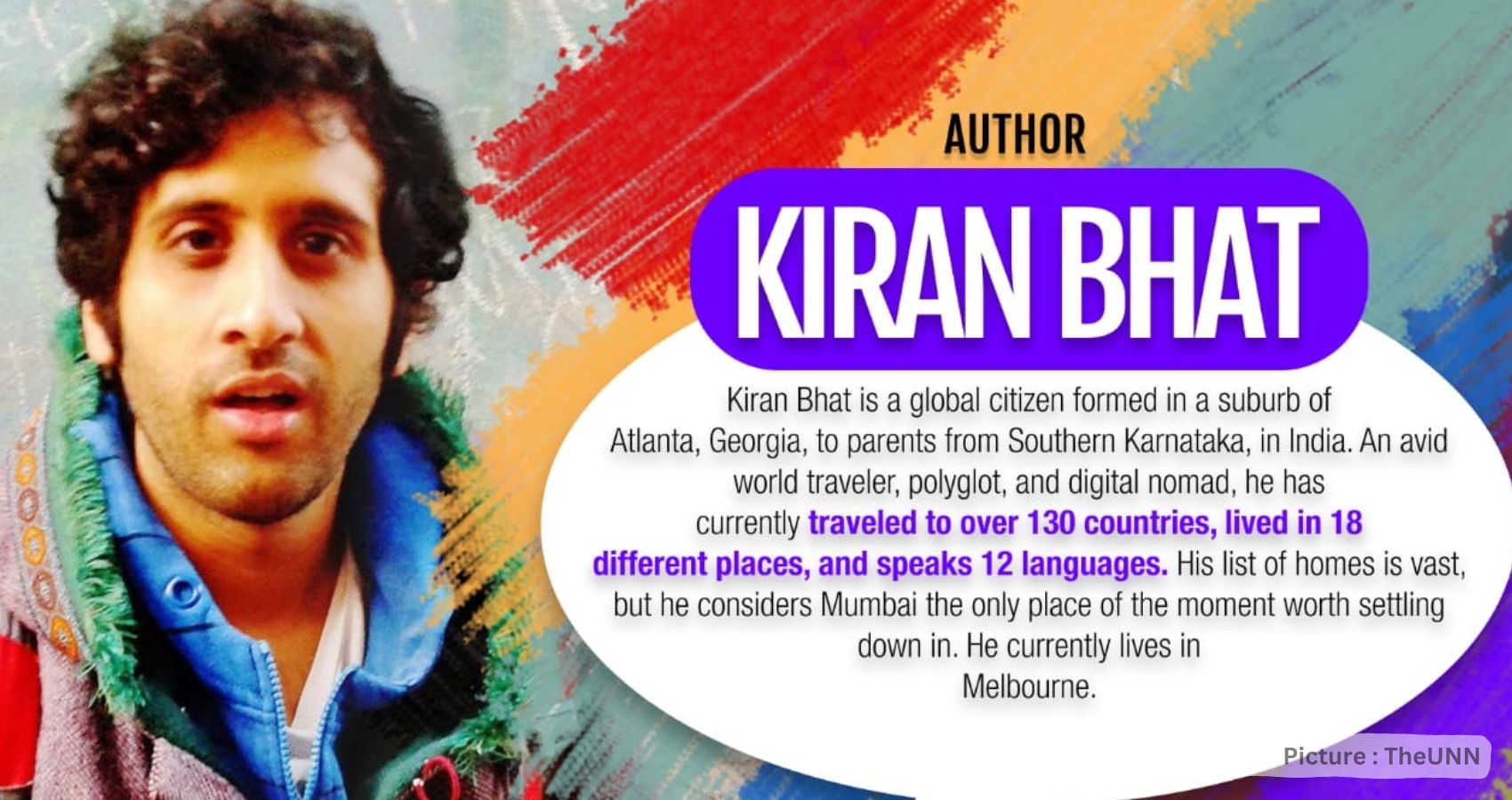 Smelly sweet sweat is all over that man’s brows. He sitting over in the break room. Father. The doctor man. The man sitting on that plush red chair made for Americans. The life saver. The patient grandchild favourite. That is Father. He is the one all the other doctors in that room like to forget. They like to eat their buns, they like to stash an extra banana in their lab coat, they like to turn on the cricket match keeping it loud, keeping it at a blast. And in the meantime they are bantering.

‘Man, I dun tell ya I was deh last week. This is why I was asking. I need ya to send something over there.’

‘Something for your wife, or for that woman ya slamming?’

The Father man ain’t listening. Father got his ten minutes to get his drink and that is that. He just finished looking at a patient with a bad case of the food poisoning, leaving his splattering all over the toilet for the janitors to clean.

He is feeling his own stirring in the stomach thinking about it. He could use something refreshing, but there’s no time to guzzle Cokes. He has to finish his break.

When was the last time he gave a greeting? Father is about to say hello to them, but someone comes bustling in.

Which causes everyone to pause.  ‘Hey, hey, what’s going on?’

‘Gas leak,’ the man says. Everyone is looking serious as serious can be. The man says, ‘Move,’ and everyone listens. They leave and go downstairs. Father is following the line but can’t help looking at patients’  rooms that he is passing. They are empty. Who’s that someone who is clearing them?

The administration is coming out and the doctors are asking them questions.

“Marlon, Marlon, ya tell me, what is this madness?’

‘Marlon, my patient is goin’ to die if he out like this.’

Marlon is on the phone or pretending to be. There are seven doctors shouting at him and Marlon does not address a single one of them.

Father is in another group of doctors standing with their arms crossed around their chests.

Father overhears one of the patients say, ‘It is like this hospital is Hell.’

Father has seen a gas leak like this happen before, and it is like how Father once heard a rumour of how a doctor gave his patient insulin and caused him to have a cardiac arrest.

That is the doctor right in front of Father, playing Candy Crush.

And what about that petition Dr White was making them sign?

They were asking for more hospital computers, and yet they’re still writing all the records out by hand.

Or there were these medicines that the doctors visiting from America  gave to their patients, but the ones that they were prescribing were many years expired. There was the need for that new CAT scan machine, there was a whole lot of need for better surgical equipment.

Almost two years it had been, and not a single thing had come about from this document that a good hundred doctors signed.

‘Now, now, listen. This isn’t all the fault of that one man. He already done nuff ting for our hospital. And y’all talking about some petition like is some gospel but y’all nah ah go to dem patient on time.’

A doctor says in defense of himself: ’I  go to every patient and ask how their day is. Not like them nurses who don’t stand for ten minutes without complaining for a chair.’

And now a nurse says in defence of herself: ’A chair? We ten nurses sitting a desk when dey only have six chairs… and five a we crowd around at table which can only hold three . We don’t sleep in de day, we listen to every man complain.

‘This is different from a doctor ya say?’

‘Ya thinking it ain’t different, but it is. Ya just need to take a look at the pay cheque and sit back.’

‘Yes, the pay cheque.’ Another nurse with blonde braids chirps in: ‘Twelve years done since I working at dis hospital.’ She takes a break to show off her name tag. ‘Twelve years.  And I know what I am getting paid.’

Another doctor starts at it again: ‘Ya listen to this…’

At this point the nurses and doctors are spitting words back to back, pointing fingers, forgetting who they were mad at in the first place.

Marlon puts his fingers to his mouth like he is fixing to whistle, but he keeps his two fingers at lips, because he knows what will happen if he calms them down really.  In the meantime the Father man is quiet because being quiet is what he likes to be.

The Father man doesn’t like to be a conflict man. The Father man likes to keep to himself and let everything happen and then go back to the work he tells himself he is supposed to be doing.

Why does the Father man speak up out of nowhere?

‘Ya all stop and listen here. Ya can’t stop blaming this on this person or that. The gas leak is one thing out of many. We are using hospital bed from the eighties. We have patients who are dying from our own neglect. We all have to be working hard.  If change has to come, change is what we have to be starting.’

The Father man might be changing but the Father man is thought by everyone as the passive man because that is how the Father man was thought of by the other men. The police cars are coming and the fire truck is coming and Marlon is leaving. He goes says something to the police. The firemen march into the building. The men and the women start talking about other things.

‘So, when ya go ta Port of Spain ya got ta change ya clothes so no one know who ya with.’

‘I’m getting hungry. Ya want a bake an saltfish?’

It is like no one even heard what Father said. It is like no one even felt like listening. That is normal for Father man. For decades in and decades out he has been that man no one listens to. Soon the fireman comes and says the gas leak has been fixed. Soon the doctors and nurses and patients are going back in. It is normal for  them that things go wrong in Georgetown, and they are fine now that it is getting fixed.