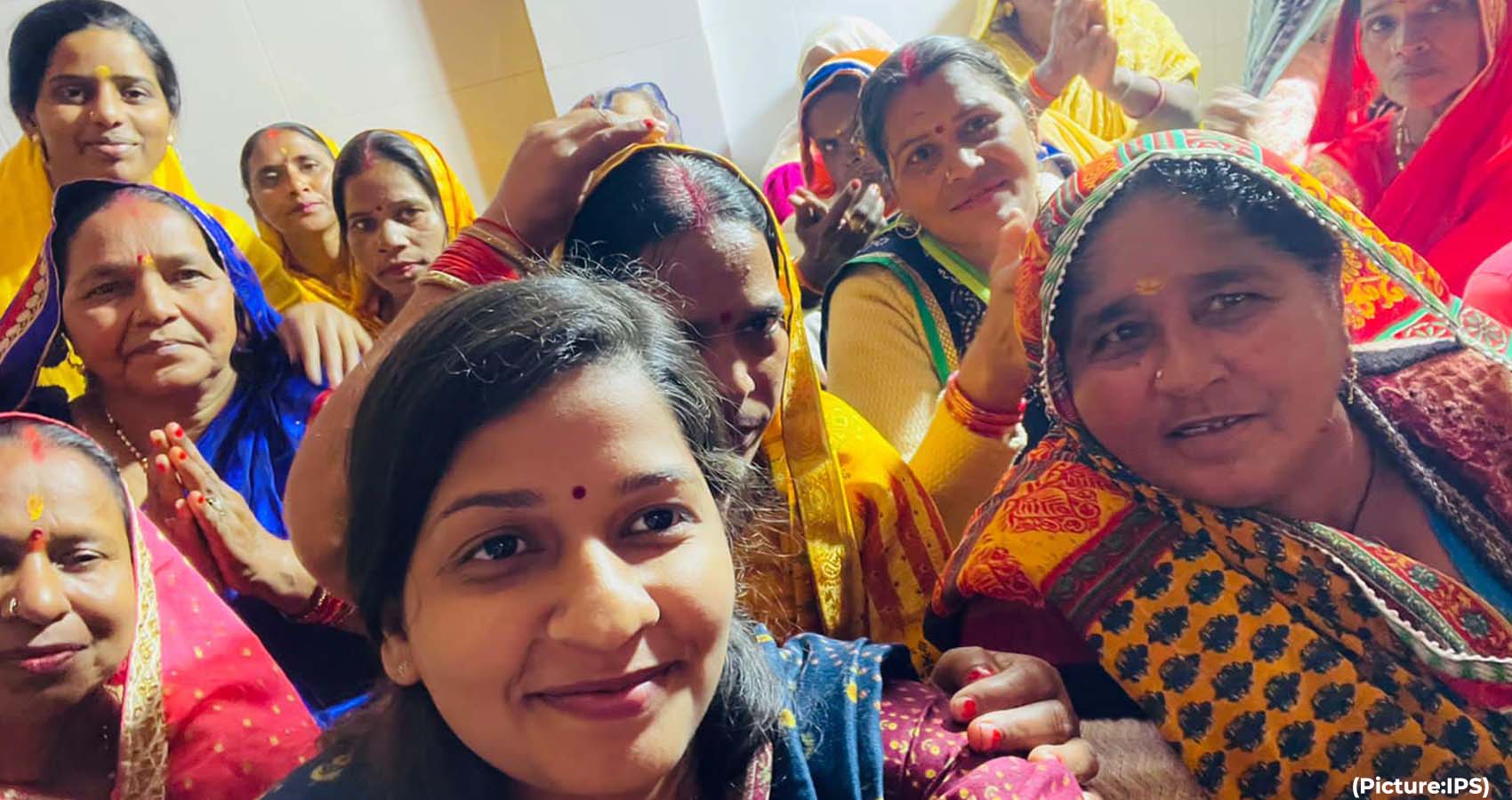 Pooja Shukla, 25, a socialist candidate, has lost her maiden elections to the provincial parliament in Uttar Pradesh (UP), India. But Shukla is no loser.

A day after the results were announced on March 10, Shukla was back to a rousing reception in her constituency in North Lucknow to thank her supporters for polling 1,04,527 votes for her.

She was with the people again on March 18 on Holi, the festival of colour held annually to celebrate the end of winter and in anticipation of new beginnings.

Shukla told the IPS that she was hoping to win. Of course, she is disappointed, but electoral defeat would not stop her from continuing her struggle to get economic and social justice for the people of her constituency.

Although Shukla belongs to the upper caste community of Brahmins, she has worked hard to develop a personal connection with a cross-section of those who live in North Lucknow, one of the city’s nine constituencies. Lucknow is the capital of UP, the country’s largest, but economically and socially, it is one of its least developed states. More than 400,000 voters are registered in North Lucknow, nearly half of whom are impoverished women. 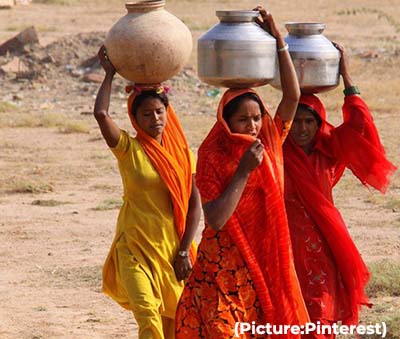 The constituency is home to Muslims, upper-caste Hindus and thousands of impoverished people belonging to communities who have been living for decades in makeshift shanties, often on the bank of open drains. Some are daily wage earners, and others are without paid work.

Shukla won hearts because she has knocked on every door in North Lucknow and continues to spend time with citizens.

“I have visited every single home in every single neighbourhood in North Lucknow. I will continue to do so as I really care for members of all communities that reside within my constituency,” Shukla adds.

This first-time contestant had faced Dr Neeraj Bora, a seasoned politician from the Bhartiya Janata Party (BJP), a right-wing party. Despite the formidable challenge, Shukla was leading on the day the votes were counted. She was ahead before her rival finally defeated her by 33,985 votes until noon.

Out of 403 seats in the UP-state parliament, the socialists won 111 seats. The Samajwadi Party (SP) of socialists came a distant second to BJP’s 255 seats, but the party has emerged as the largest opposition party in UP.

This was a golden opportunity to strengthen democracy by converting the numbers won by the SP into a viable opposition to the ruling party, Shukla believes. A well-meaning, vocal opposition is needed, she says, when the ruling party seems to want to wash its hands of all its social responsibility in favour of outsourcing businesses and privatising even essential services like education, health, and employment opportunities.

“Democratic values strengthen when the opposition to the ruling party is strong,” says Shukla, who believes that elections are held to elect representatives who will provide affordable homes, education, and health facilities to voters.

Shukla feels that socially conscious people don’t have to be Marxists to dream of justice in society. The desire to want to see all citizens cared for fairly and equally by the state is a desire of all decent human beings.

Shukla was the youngest candidate in the polls, nursing a constituency that is a sprawling, chaotic cluster of college campuses, traffic jams, markets spilling from every corner and rows of slums with open drains that overflow and swallow up lives during rainfall.

Her dream is to invite educationists to open model public schools for the majority of the poor people in her constituency. She wants low-cost houses for the poor and free health services. She says that time is on her side. She will find many more opportunities to contest elections.

“To win elections is important for me as I want to be a lawmaker and make sure that people-friendly legislation is passed in parliament to protect the interest of the most vulnerable in the country,” Shukla says.

Until she makes it to parliament, she plans to work tirelessly to raise literacy in her constituency and lower the poverty rate. She wants clean drinking water, cleaner drains, and better roads. Women’s safety is her priority, as is a regular and fair wage for the many communities of artisans like potters and weavers.

Shukla has witnessed the police lathi-charge citizens who dared to ask the government for jobs. Social activists have been jailed, kicked around, and beaten in lockdown for participating in protests and questioning the government in UP. There are countless incidents of gruesome crimes perpetrated against women.

Most political parties want women’s votes but are reluctant to share power with them. Therefore, politics in UP today is a constant struggle for any woman who joins the male-dominated world of politics. Shukla’s biggest strength is her belief in herself.

The daughter of a small property dealer, Shukla, learnt to be fearless from Beena, her mother. At first, Beena wanted her to marry a suitable Brahmin boy. However, the constant cry to marry died down after she decided to contest the elections.

Her parents suggested that Shukla choose a more respectable profession like teaching instead. The parents were pained when she was jailed in 2019, and countless criminal cases were filed against her for participating in street demonstrations.

Shukla is the eldest of three sisters, and she feels responsible for her siblings. The family reminded her she was a role model, but she refused to give up her politics. Her determination to remain engaged in public life is less frowned upon now. At least her immediate family members and neighbours are supportive. She is no longer considered a black sheep within the Brahmin community that sees itself as exceptionally respectable.

Shukla has been in the limelight since 2017 when she and fellow students waved black flags at the motor convoy of those in power. She was part of a group of students protesting against the use of Lucknow University funds for a political party event.

She was angry when jailed for protesting peacefully. After 20 days in jail, the University refused her admission for postgraduate studies. Shukla started a hunger strike and forced the University to allow all the students to continue their studies.

Today she is a youth icon. She has emerged as a leader and a role model not just for her siblings but for thousands of other youngsters, students, women and some male members of society.

Shukla says that she stands for a democratic, secular and inclusive India. How will she realise her dream in the cutthroat political culture where all that matters is power and money?

There is no substitute for commitment and hard work, she says with a smile. (IPS UN Bureau Report)