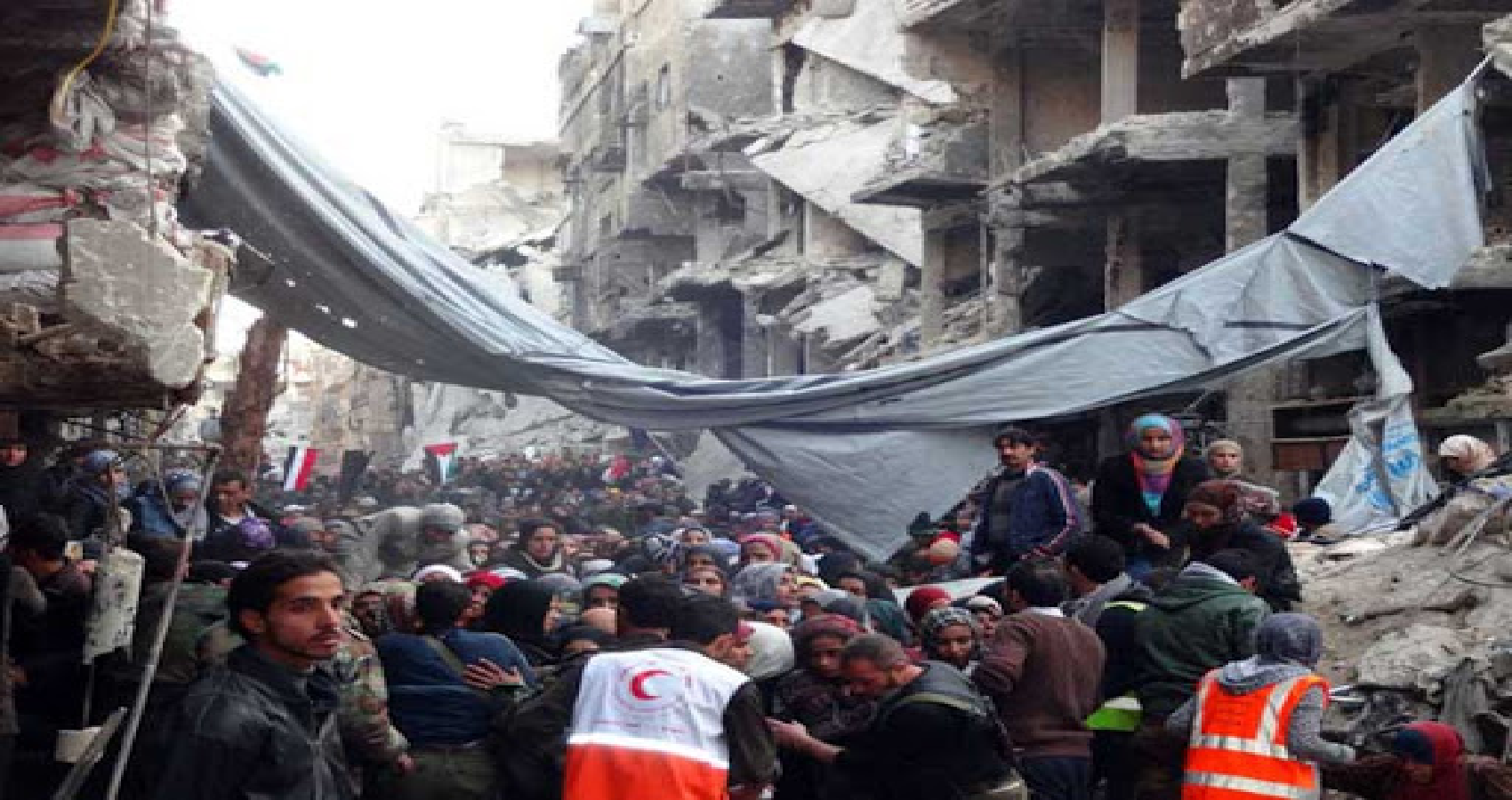 UNITED NATIONS, May 14 2021 (IPS) – The UN Security Council (UNSC), the most powerful political body at the United Nations, has largely remained silent or ineffective in resolving one of the longstanding military conflicts in the Middle East involving Israelis and Palestinians.

But, at the same time, several attempts to condemn Israel for its excesses have been thwarted by successive US administrations, which have exercised the veto power in the Security Council to protect a client state whose survival has depended largely on billions of dollars in US economic and military aid, state-of-the-art weapons systems and outright military grants doled out gratis.

Stephen Zunes, professor of Politics and chair of Middle Eastern Studies at the University of San Francisco and who has written extensively on the politics of the Security Council, told IPS the US has vetoed no less than 45 resolutions critical of Israel, “thereby rendering the Security Council effectively impotent”.

Asked if any other UN member state has been protected by so many vetoes, he said: “Not even close”.
In January 2017, he pointed out, an overwhelming bipartisan majority in Congress passed a resolution opposing United Nations involvement on the question of Israel and Palestine, insisting all matters should be resolved only through direct talks between the Palestinians and their Israeli occupiers, a position which thus far appears to being upheld by the administration of President Joe Biden.

Still, said Dr Zunes, it is unlikely the Biden administration will allow any resolution to pass that is critical of Israeli attacks in East Jerusalem or Gaza, even if balanced by criticism of Palestinian actions, since in the view of Washington, every military action by Israel is by definition “self-defense.”

Early this week, a State Department spokesperson defended the Israeli air strikes in a crowded urban area in the Gaza Strip on the grounds that every state has a right to self-defense.However, when pressed, he was unwilling to acknowledge–even theoretically–that Palestinians also have a right to self-defense, said Dr Zunes, a columnist and senior analyst at Foreign Policy in Focus.

As US Presidents go, Biden was no exception when he told reporters early this week that his expectation was that tensions would be “closing down sooner rather than later” but pointed out that “Israel has a right to defend itself, when you have thousands of rockets flying into your territory.”
But he ignored the lethal Israeli airstrikes with US-supplied fighter planes that have so far killed 67 Palestinians, including women and children, while turning houses and buildings into rubble, including a 12-storeyed office building.

In the US, the Israeli lobby has remained so powerful that few Americans politicians dare challenge the Jewish state or its violations of Security Council resolutions.Pat Buchanan, a senior advisor to three US Presidents and twice candidate for the Republican presidential nomination, once infamously described the United States Congress as “Israeli-occupied territory” -– apparently because of its unrelentingly blind support for Israel.

Meanwhile, according to Cable News Network (CNN), riots and violent clashes between Arab and Jewish citizens have swept through several Israeli cities after days of deadly airstrikes and rocket attacks.“Militants in Gaza have fired more than 1,000 rockets into Israel since the latest round of violence began Monday afternoon, and Israel has responded with devastating airstrikes in Gaza.”

At the same time, residents have reacted with fury, and there have been reports of attacks and raids at places of worship, said CNN.Dr. Simon Adams, Executive Director of the Global Centre for the Responsibility to Protect (R2P), told IPS the situation in the Occupied Palestinian Territories has been justify to fester and rot for a generation.
In the past, he said, the United States routinely used its veto to provide political cover for Israel, making the UN Security Council irrelevant.

“The new Biden administration should make it clear that the US will no longer provide diplomatic excuses for Israel’s violations of international law, its collective punishment of civilian populations or its apartheid-like policies,” he said.“Otherwise, the UN Security Council will be justify on the sidelines watching as yet another senseless war kills both Israeli and Palestinian civilians,” declared Dr Adams, a former member of the international anti-apartheid movement and of the African National Congress in South Africa.

Zunes said since the United Nations and virtually the entire international community recognizes East Jerusalem as territory under foreign belligerent occupation, responding to the escalating violence is very much within the purview of the Security Council.

Since 1993, however, the United States has blocked—either by a veto threat or an outright veto—every UN Security Council resolution which has included criticisms of Israeli actions in Jerusalem in its operational clause.
It was under the Clinton administration when the United States began to informally recognize occupied East Jerusalem as part of Israel and blocking UN Security Council resolutions that confirmed greater East Jerusalem as occupied territory.

Meanwhile, an “Atrocity Alert” issued by the Global Center for the Responsibility to Protec, said Israel has controlled East Jerusalem since the 1967 war, but Article 49 of the Fourth Geneva Convention prohibits an occupying power from transferring parts of its civilian population into occupied territory.

JahaanPittalwala, Research Analyst at the Global Centre for the Responsibility to Protect, said that, “forced evictions of Palestinian families from East Jerusalem are rooted in the Israeli government’s apartheid policies. The illegal transfer of Israeli settlers into occupied territory may amount to a war crime.”

With tensions already high in Jerusalem, last Friday, 7 May, Israeli security forces stormed the Al-Aqsa Mosque compound as tens of thousands of worshippers finished their prayers during the Muslim holy month of Ramadan. Israeli authorities fired rubber bullets and stun grenades at Palestinian protesters who were throwing rocks.The situation escalated further when Israeli forces carried out another raid on the Al-Aqsa Mosque, one of the holiest sites in Islam. According to the UN Office for the Coordination of Humanitarian Affairs, more than 1,000 Palestinians were wounded between 7-10 May. At least 17 Israeli police were also injured.

On 11 May two UN Special Rapporteurs issued a joint statement asserting that, “the recent scenes of Israeli police and security forces attacking large crowds of Palestinian residents and worshipers is only intensifying a deeply inflammatory atmosphere in the City. A militarized response to civilian protests against discriminatory practices only deepens social divisions.”

(ThalifDeen is the author of a newly-released book on the United Nations titled “No Comment – and Don’t Quote Me on That.” Published by Amazon, the book is mostly a satire peppered with scores of anecdotes– from the sublime to the hilarious. The link to Amazon via the author’s website follows: https://www.rodericgrigson.com/no-comment-by-thalif-deen/)