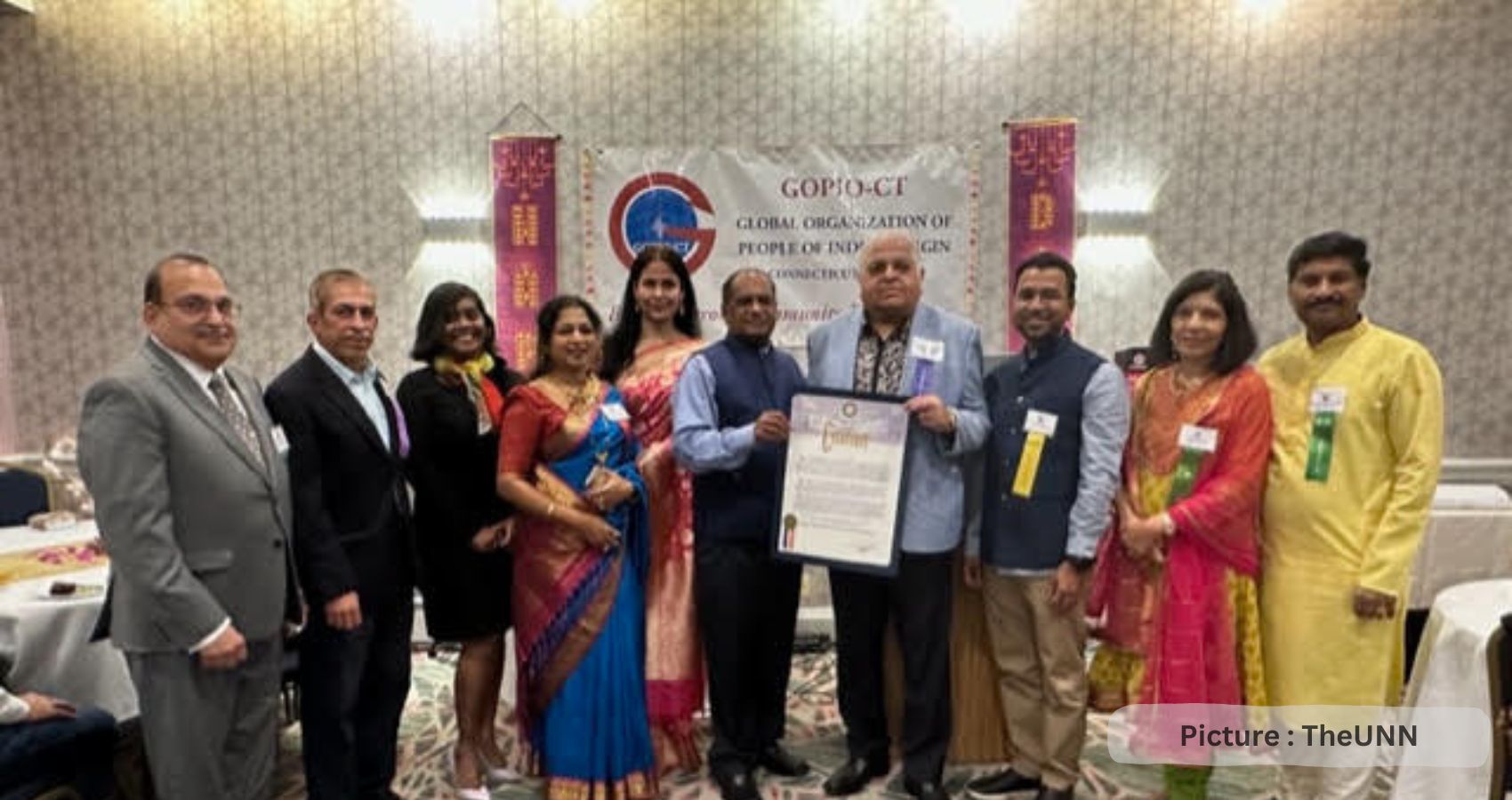 “The United States and India need to stand together as they are great democracies that stand for human values,” declared US Congressman Jim Himes, a Democrat representing the 4th district of Connecticut during a networking reception, Diwali Celebrations, Dinner, Music and Interactive Session With Congressman Jim Himes at the Hampton Inn and Suites, Stamford, CT on Friday, October 28th, 2022.

Stating that the Indo-US relationship is fundamental to the stability of the world, Rep. Himes referred to the compulsions that led to India’s response to Russia’s unilateral invasion of Ukraine. “We underrated the long-standing relationship India has had with Russia. We understand the constraints India faces. No one needs to sit  in judgement of India’s position on Ukraine,” Rep. Himes said.

Rep. Himes shared with the audience about his recent visit to Ukraine and meeting with the leadership in this war-torn nation. Describing the pain and the suffering inflicted on the people of Ukraine, Rep. Himes said, “Everyone we met in Ukraine stated, we will  do everything in our power to defend every inch of our territory.”

While hoping that the war ends soon, the Congressman pointed to how “Democracy is under threat today more than ever,” and he stressed the need for India and the United States need to “stand together to protect the democratic values.”

On the issue of long waiting, sometimes nearly 2 years to obtain an appointment for a Visa interview, while describing this as “a solvable problem, but the right intention and motive is essential,” Rep. Himes said, “We need to advocate with local representatives in every state to solve this back log.” As Chairman of the House Committee overseeing the State Department, Himes suggested that the US State Department will listen to Congressman Gregory Meeks of New York. “You need to have them understand the long delay in visa interviews,”  he said.

On the Green Card back log, Rep. Himes said, attracting skilled laborers is “central to our economy.” On a question, regarding the discussions about the Country-based quota not being used and unused visas could be used to allow Green Cards to other qualified individuals who are caught in the backlog for Green Card approval, Rep. Himes was unsure if the Biden Administration will embrace the policy.

Rep. Himes serves on the US Congressional Caucus on India and Indian-Americans, a forum in which Members of Congress address the issues central to our relationship with this important South Asian nation. By promoting dialogue on issues of interest to the Indian American community, the Caucus strives to strengthen bilateral relations between the United States and India, promote trade with India, enhance economic development in India and the United States, increase anti-terrorism cooperation.

While commenting on the recent US decision to sell F-16 Fighter Jets to Pakistan, Rep. Himjes said, “I have my personal perspectives on India and Pakistan. I understand who are our partners in security.”

On the question of “cyber security” Himes said, “It is getting more and more a serious issue.” While acknowledging that “China is very targeted” Himes said, “Russia is not as sophisticated.” Himes stated, the US is investing heavily on cyber security to address the fast and ever evolving security threats posed by many rogue nations and people, around the world. “We need to be more resilient and there is an urgent need to fix ther problem.”

Congressman Himes had all praise for the Indian American community. He referred to how he came to meet with a new entrepreneur of Indian origin in Bridgeport recently, who is setting up a large firm that will help manufacture semiconductors that is in huge demand now. He also spoke about the contribution of the Indian American community for their contributions to creating a hub of tech innovation in Stamford in CT. “The brains of tech innovations are here,” he said, while pointing to the Indian community.

While acknowledging that “We have so much to do on immigration” to enable these tech savvy and entrepreneurial Indian American community to have a smoother and faster way to have Green Card and Job Visas,  Rep. Himes, whose District has a fast-growing South Asian immigrant community, praised them for their contributions. “You are a secret weapon for economic growth,” he told the Indian American community, and called them “the future of US innovations.”

In his inaugural remarks, GOPIO International Chairman Dr. Thomas Abraham, said, “Every year, GOPIO-CT has had an interactive session with Rep. Jim Himes and other elected officials.” Dr. Thomas Abraham initiated the discussion by raising the “H1 and H4 visa issues and what needs to be done by the Biden Administration, especially for the need to clear the backlogs of pending Immigration numbers for our community.” Responding to these concerns that were shared in a series of questions by GOPIO leaders on the Immigration issues, Dr. Abraham described the immigration policy and the current situation as “messy.”

During the interactive session among members of GOPIO, who raised concerns about the Western Media being anti-India, Ritu Johorey, Board Member of GOPIO-CT refuted the claim and stressed that the Western Media is neither anti-India nor anti-Modi Government, and stated speaking of the realities in India and portraying what is happening in India today cannot be described as anti-India. The Diwali celebrations at an eloquently decorated Meeting Hall included Cocktail Dinner and a live Bollywood Music by popular Playback singers from across the state of Connecticut, emceed by Dr. Jaya West.

The program started with a welcome by GOPIO-CT President Ashok Nichani who said that Rep. Himes is a great supporter of GOPIO and the Indian community. He said, over the last 15 years, GOPIO-CT, a chapter of GOPIO International has become an active and dynamic organization hosting interactive sessions with policy makers and academicians, community events, youth mentoring and networking workshops, and working with other area organizations to help create a better future. GOPIO-CT – Global Organization of People of Indian Origin – serves as a non-partisan, secular, civic and community service organization – promoting awareness of Indian culture, customs and contributions of PIOs through community programs, forums, events and youth activities. It seeks to strengthen partnerships and create an ongoing dialogue with local communities. For more details, please visit: http://gopio-ct.org/