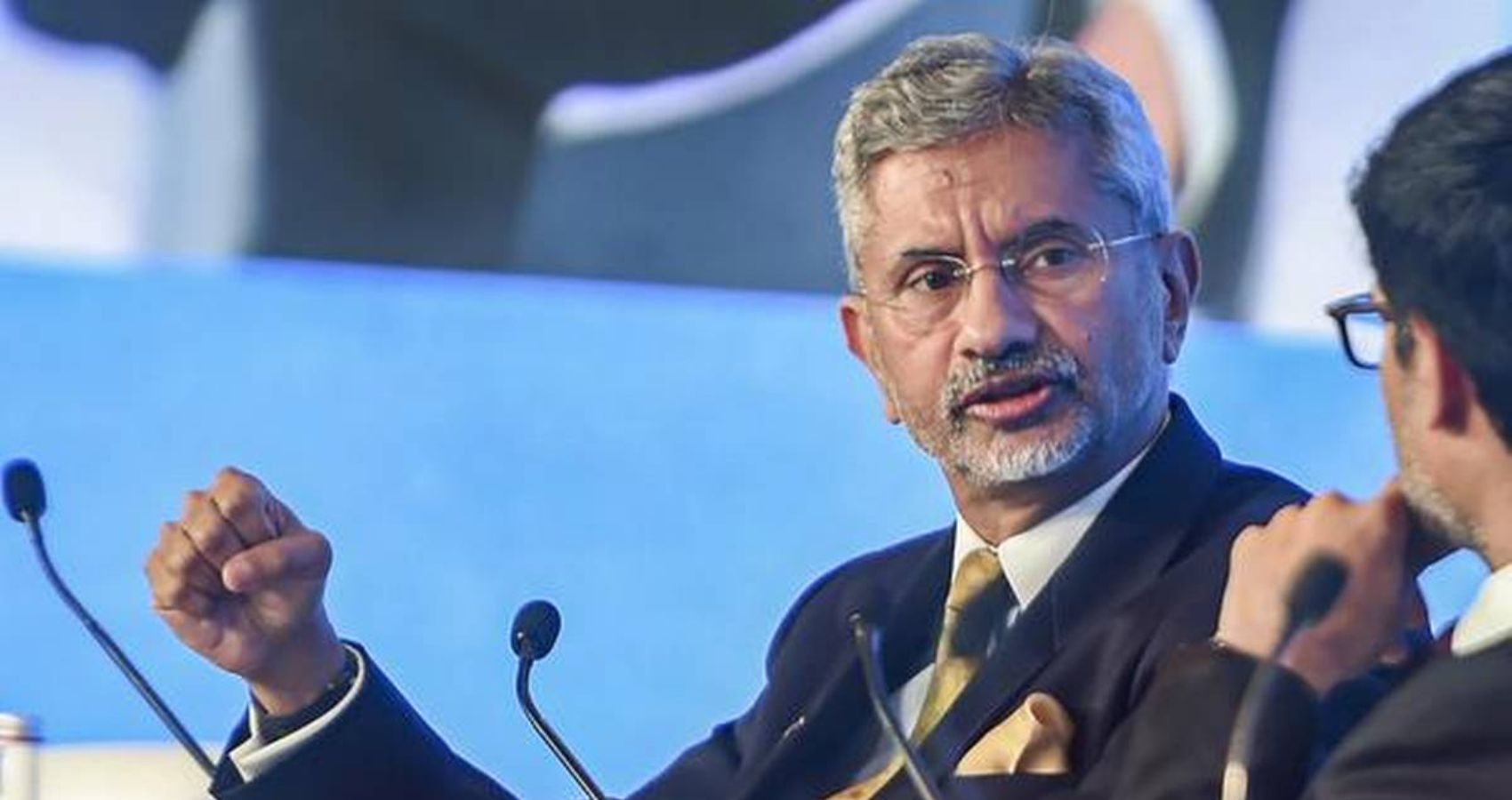 Amid repeated holds on proposals to designate Pakistan-based terrorists under the UN sanctions regime, India’s External Affairs Minister S Jaishankar said that terrorism should not be used as a “political tool” and the idea that something is blocked without assigning a reason challenges common sense.

“We do believe that in any process if any party is taking a decision, they need to be transparent about it. So the idea that something is blocked without assigning a reason, it sort of challenges common sense,” Jaishankar said as he spoke to a group of Indian journalists here on Saturday after wrapping up the New York leg of his visit to the US with his address to the UN General Assembly high-level session.

He was responding to a question by PTI on the issue of repeated holds and blocks on proposals to list Pakistan-based terror group leaders under the UN sanctions regime and whether this came up in his talks with his global counterparts as he met them during the high-level General Assembly week. “We do believe that in any process if any party is taking a decision, they need to be transparent about it. So the idea that something is blocked without assigning a reason, it sort of challenges common sense,” Jaishankar said.

“It came up in some of my meetings. I also mentioned it in my BRICS intervention,” he said referring to the meeting held last week on the margins of the General Assembly between the foreign ministers of Brazil, Russia, India, China and South Africa group – Brazilian Foreign Minister Carlos Alberto Franco Franca, Russian Foreign Minister Sergey Lavrov, Chinese Minister of Foreign Affairs Wang Yi and Minister of International Relations and Cooperation of the Republic of South Africa Naledi Pandor.

China, a veto-wielding permanent member of the Security Council, has repeatedly put holds on listing proposals by India, the US and other allies to blacklist Pakistan-based terrorists under the 1267 Al Qaeda Sanctions regime of the Council.

Last week, China put a hold on a proposal moved at the United Nations by the US and co-supported by India to designate Lashkar-e-Taiba terrorist Sajid Mir, wanted for his involvement in the 26/11 Mumbai terrorist attacks, as a global terrorist.

Last month, China put a hold on a proposal by the US and India at the United Nations to blacklist Abdul Rauf Azhar, the brother of Jaish-e Mohammed (JEM) chief Masood Azhar and a senior leader of the Pakistan-based terror organisation. Abdul Rauf Azhar, born in 1974 in Pakistan, was sanctioned by the US in December 2010.

In June this year, China had put a hold, at the last moment, on a joint proposal by India and the US to list Pakistan-based terrorist Abdul Rehman Makki under the 1267 Al-Qaida Sanctions Committee of the UN Security Council.

Jaishankar, in his UNGA address on Saturday, said that no rhetoric, however sanctimonious can ever cover up blood stains and nations who defend proclaimed terrorists in the United Nations advance neither their own interests nor their reputation, a clear reference to China and Pakistan.

“Having borne the brunt of cross border terrorism for decades, India firmly advocates a ‘zero-tolerance’ approach. In our view, there is no justification for any act of terrorism, regardless of motivation. And no rhetoric, however sanctimonious can ever cover up blood stains,” Jaishankar said in the UN General Debate.

“The United Nations responds to terrorism by sanctioning its perpetrators. Those who politicise the UNSC 1267 Sanctions regime, sometimes even to the extent of defending proclaimed terrorists, do so at their own peril. Believe me, they advance neither their own interests nor indeed their reputation,” he said.

With the Chinese Foreign Minister listening, Jaishankar had said during a ministerial meeting in the Security Council on Ukraine this week that the fight against impunity is critical to the larger pursuit of securing peace and justice. The Security Council must send an unambiguous and unequivocal message on this count.

He had said “politics should never ever provide cover to evade accountability. Nor indeed to facilitate impunity. Regrettably, we have seen this of late in this very Chamber, when it comes to sanctioning some of the world’s most dreaded terrorists.” “If egregious attacks committed in broad daylight are left unpunished, this Council must reflect on the signals we are sending on impunity. There must be consistency if we are to ensure credibility,” he said.

“We hope that reason would prevail and people, first of all, would not arbitrarily or politically block,” Jaishankar said, underlining that the message is that this is “not inter-state politics which we are talking about.”

If you go into the UN and say does everybody consider terrorism a common threat, everybody will say yes. So we are saying well, if that’s what your position is, then why don’t your policies and your actions follow up on it,” he said.