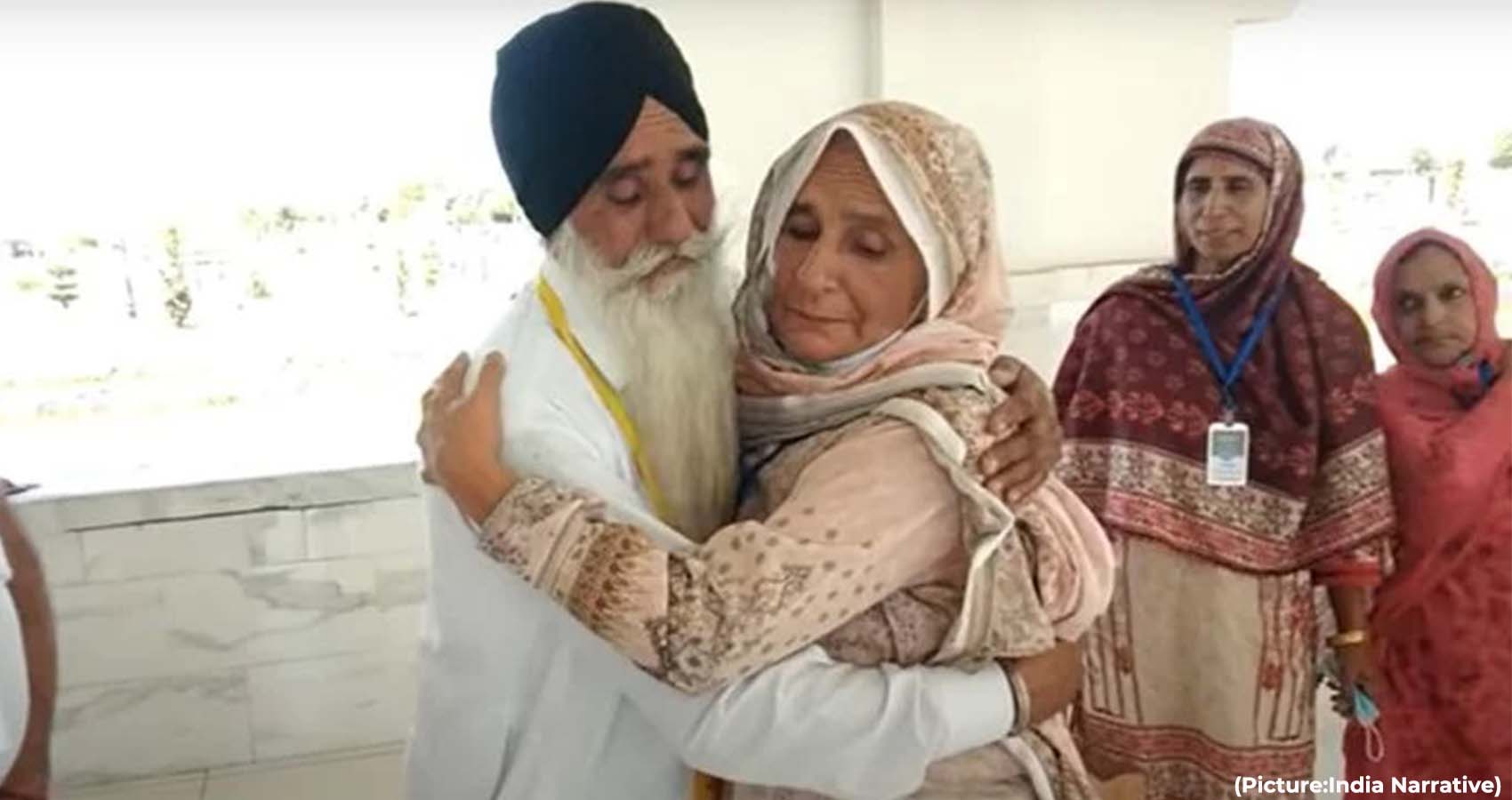 A Pakistani woman separated from her family during the 1947 Partition met her Indian brothers for the first time last month after 75 years.

Mumtaz Bibi, who was separated from her Sikh family during the turmoil, met her brothers Gurmukh Singh and Baldev Singh for the first time at the Kartarpur Sahib Gurdwara in Pakistan in April. “We are so happy that we’ve been able to meet our sister in our lifetime,” Gurmukh Singh said.

In 1947, the Partition led to the creation of two independent nations – India and Pakistan. It was the biggest movement of people in history, outside war and famine. Nearly 12 million people became refugees and between half a million and a million people were killed in religious violence. “The violence ruined us too,” said Gurmukh Singh, who is now in his mid-70s.

Their father Pala Singh had moved from Pakistan to the Patiala district of Punjab state in India after his wife was killed in Pakistan during the violence. “When he came to know about his wife’s death, he assumed his daughter was also murdered, following which he married his sister-in-law (as was the tradition during those days),” said Baldev Singh, the younger of the two brothers.

But in Pakistan, Mumtaz Bibi had been found by a Muslim couple who adopted and raised her. “About two years ago, our sons found out about our half-sister with the help of social media,” Baldev Singh said.

Ms Mumtaz, who was searching for family, had spoken to Pakistani YouTuber Nasir Dhillon, whose channel Punjab Lehar helped several families separated during the Partition find each other. Wanting to confirm their connection, Gurmukh Singh contacted a shopkeeper at their ancestral village in Pakistan’s Sheikhupura district.

“He connected us with Mumtaz,” he said  He admitted that the family was initially sceptical about her identity.  “Could she be someone else? But we gradually connected the dots, got proof and it was established that she is very much our sister,” he said. “Our happiness knew no bounds. After that, we just wanted to meet her at any cost. But there were visa issues,” Baldev Singh said.

One possible meeting point they discussed was the Kartarpur Sahib Gurdwara, the final resting place of Sikhism’s founder Guru Nanak Dev and one of the religion’s holiest shrines. The gurdwara is located in Pakistan’s Narowal district across the Ravi river, about four kilometres from the Dera Baba Nanak shrine in India.

Tens of thousands of people have travelled through the Kartarpur corridor since it was inaugurated by India’s Prime Minister Narendra Modi in November 2019, allowing Indian pilgrims rare visa-free access.

Some families, who were separated during the Partition, have also been able to reunite at this spot. But pilgrimage to Kartarpur was suspended in March 2020 due to the Covid pandemic. It finally reopened last November.

On 24 April, the brothers arrived with their family at the shrine and finally met their sister who had also brought along her own family. “We hugged each other and wept,” Baldev Singh recalled, his eyes welling up at the memory. “We just didn’t want to separate.”

“We promised each other that we will try to get visas as soon as possible. She has filed her papers and we expect that she will visit us soon.” Ms Mumtaz had been raised a Muslim. Gurmukh Singh said their family had accepted this by the time they met. “When we met, we forgot everything else,” he said.

“So what if our sister is a Muslim? The same blood flows through her veins. And that’s what matters to us more than anything else. It’s true that we have slightly different styles of living,” he said. “They [in Pakistan] eat more meat while we eat less of it. But as Guru Nanak said ‘manas ki jaat sabhe ek pehchan bo’ (‘Accept all humans as your equals’).”

In May, Sikka Khan returned to India a happy man with his long-lost sibling in tow. “The Kartarpur Sahib has enabled so many people to meet their lost relatives like us,” Gurmukh Singh said.

But he had one request for the Indian government. “They should make visiting the Kartarpur Sahib and visa processes between two countries easier. It took us 75 years to meet. Now we want to meet again and again, and spend time together,” he said.