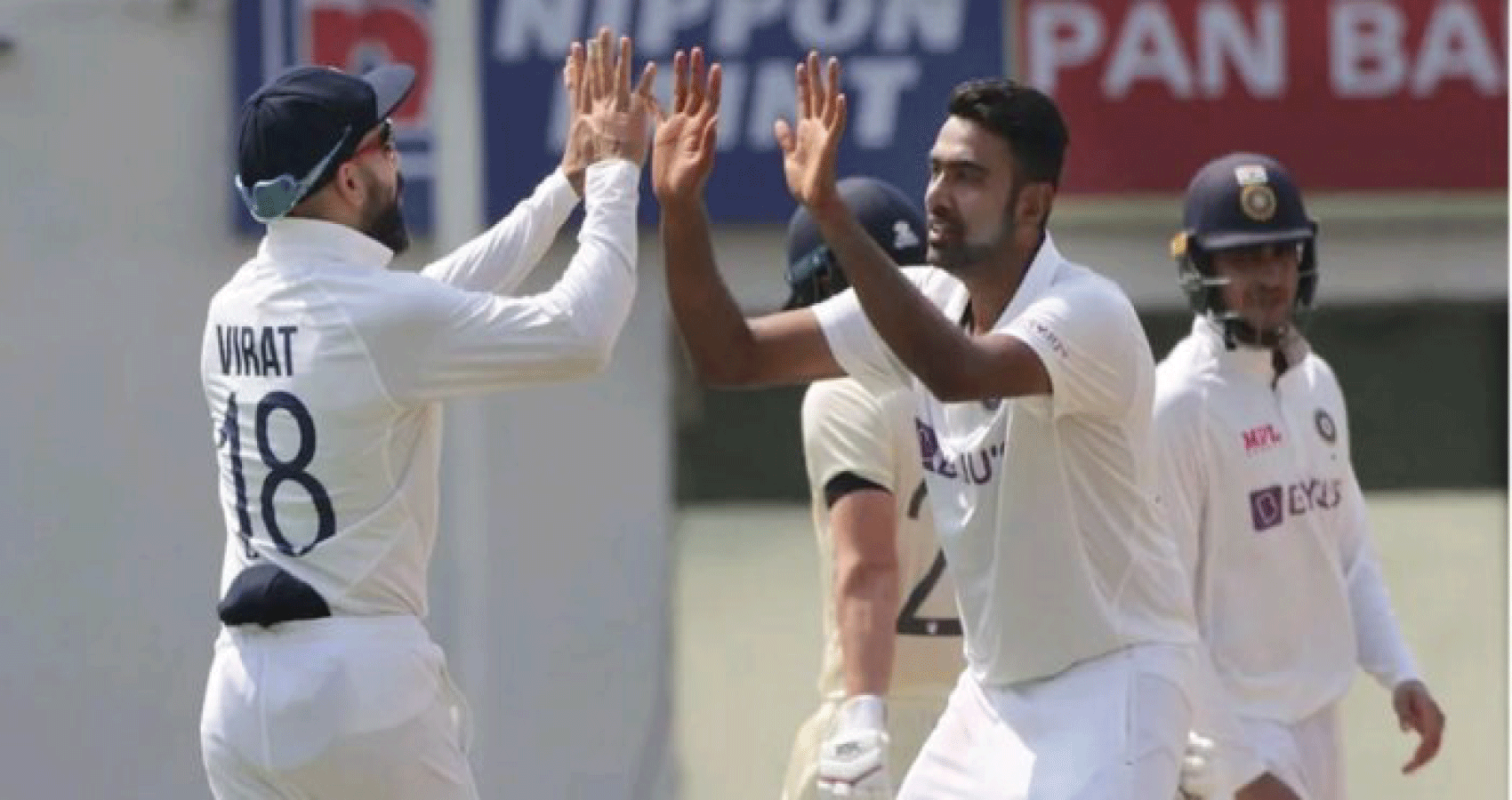 Ravichandran Ashwin, with his dismissal of England opener Rory Burns, became the first spinner in more than 100 years to get a wicket off the first ball of an innings. As India keep fighting against England on the fourth day of the first Test at the MA Chidambaram Stadium in Chennai on Monday, veteran spinner Ravichandran Ashwin achieved a feat to be proud of.

After Joe Root won the toss, he led his team from the front with a mighty double hundred on his 100th Test. England posted a mammoth 578 in their first essay and in reply, India got dismissed for 337-all out on Monday despite Washington Sundar’s brave 85 not out.

During the visitors’ second innings, India enjoyed a perfect start courtesy of an opening ball dismissal by Ashwin. With his dismissal of Rory Burns, the Tamil Nadu-born bowler became the first spinner in more than 100 years to get a wicket off the first ball of an innings.

Before the 34-year-old, former South African cricketer Bert Vogler achieved the feat in 1907. The first spinner ever to pick up a wicket off the first ball of an innings was former England bowler Bobby Peel in 1888.

Earlier in the first innings, Ashwin had claimed 3/146 including the wickets of Burns, Ollie Pope and James Anderson. He also bowled the longest in an innings of a Test match for India, bowling a total of 55.1 overs.

Most overs in an innings by Ashwin:

During his earlier spell, Ashwin also bowled the first-ever no-ball of his Test career. The off-spinner had gone more than 20,600 balls before overstepping in Test cricket.

On the other hand, fellow India spinner Sundar also marked a record during his impressive start to his Test career. The 21-year-old, during his unbeaten 85-run knock, joined an elite list of Team India batsmen with 50-plus scores in debut innings both home and away.

Scoring 50+ in debut innings both home and away (India)

In their second innings, England have already lost five wickets as Ashwin leads the numbers with three wickets — Burns, Dom Sibley and Ben Stokes. Refusing to enforce the follow-on, the visitors were 1/1 in two overs at lunch.