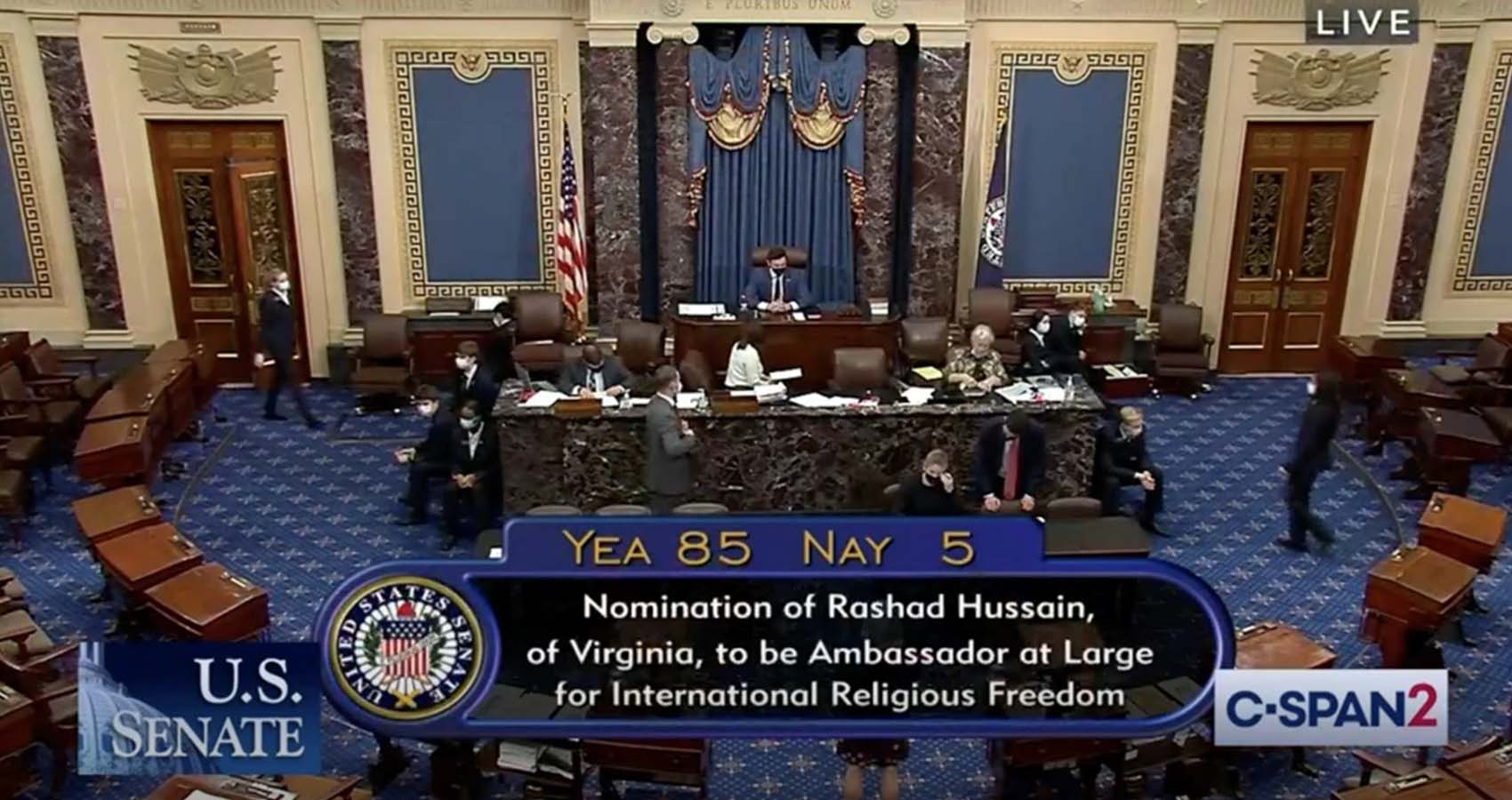 Rashad Hussain has been confirmed as the U.S. ambassador-at-large for international religious freedom, making him the first Muslim American in the role. Hussain was confirmed by the U.S. Senate on Thursday (Dec. 16) by an overwhelming vote of 85 to 5.

The U.S. Commission on International Religious Freedom hailed the decision on Hussain, who has been director for partnerships and global engagement at the National Security Council.

“With his years of knowledge and experience, Ambassador Hussain is well placed to advance the U.S. government’s promotion of international religious freedom,” said USCIRF Chair Nadine Maenza in a statement.

Hussain, 42, previously served as a White House counsel during the Obama administration, as special envoy to the Organization of Islamic Cooperation and as U.S. special envoy for the Center for Strategic Counterterrorism Communications. 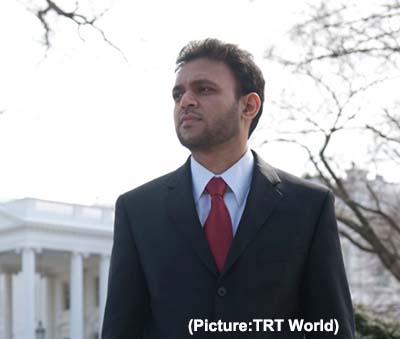 When President Joe Biden announced his nomination of Hussain in July, the White House noted his work on countering antisemitism and defending religious minorities in countries with Muslim majorities. Hussain, who has served as a judicial clerk in the 6th U.S. Circuit Court of Appeals and as the editor of the Yale Law Journal, speaks Spanish, Arabic and Urdu. He also is a hafiz, or someone who has memorized the entire Quran in Arabic.

“(A)s a Muslim American, I have seen the impact of bigotry and guilt by association tactics used against minority communities, including the message it sends and dangers it poses to young people,” Hussain said in his prepared remarks during the October confirmation hearing.

The Muslim Public Affairs Council welcomed Hussain’s new role. “Rashad has served our community and country at the highest level of integrity and intelligence,” said MPAC President Salam Al-Marayati. “Above all, he has served as a mentor and role model to Americans of all backgrounds, sharing with them the importance of public service and serving our country.”

Sam Brownback, who served as religious freedom ambassador during the Trump administration, had cheered the recent movement of the confirmation process for Hussain and applauded its outcome.

“Religious persecution is rampant around the world, and the international community looks to the United States for leadership that can make a difference,” Brownback, now a senior fellow at international persecution watchdog Open Doors USA, said in a statement. “That’s why I’m glad Rashad Hussain has been confirmed by a bipartisan Senate majority.”

An earlier religious freedom ambassador, Rabbi David Saperstein, joined Princeton University professor Robert P. George in supporting Hussain at the time of his confirmation hearing. The two men, who noted in a Religion News Service commentary that they have vastly different political perspectives, said Hussain was committed to protecting Christian rights and had garnered deep respect in the Muslim community.

“Hussain has enormous credibility across a broad range of faith groups, built on years of leadership in efforts for religious freedom,” they wrote. “His nomination has brought enthusiastic praise from groups ranging from the Southern Baptist Convention’s Ethics and Religious Liberty Commission and the Baptist World Alliance to the American Jewish Committee, the Anti-Defamation League and the Union for Reform Judaism, as well as widespread commendations from the Muslim community.”

The Secular Coalition for America also joined in congratulating Hussain on the confirmation vote. “The Ambassador has the potential to be a powerful voice for the rights of nontheists & apostates who face persecution abroad,” tweeted the organization, which represents atheist, humanist and freethinking groups. “SCA looks forward to working with him.”

The White House’s nominee for antisemitism envoy, Holocaust scholar Deborah Lipstadt, has yet to have a confirmation hearing after she was nominated in July on the same day as Hussain.