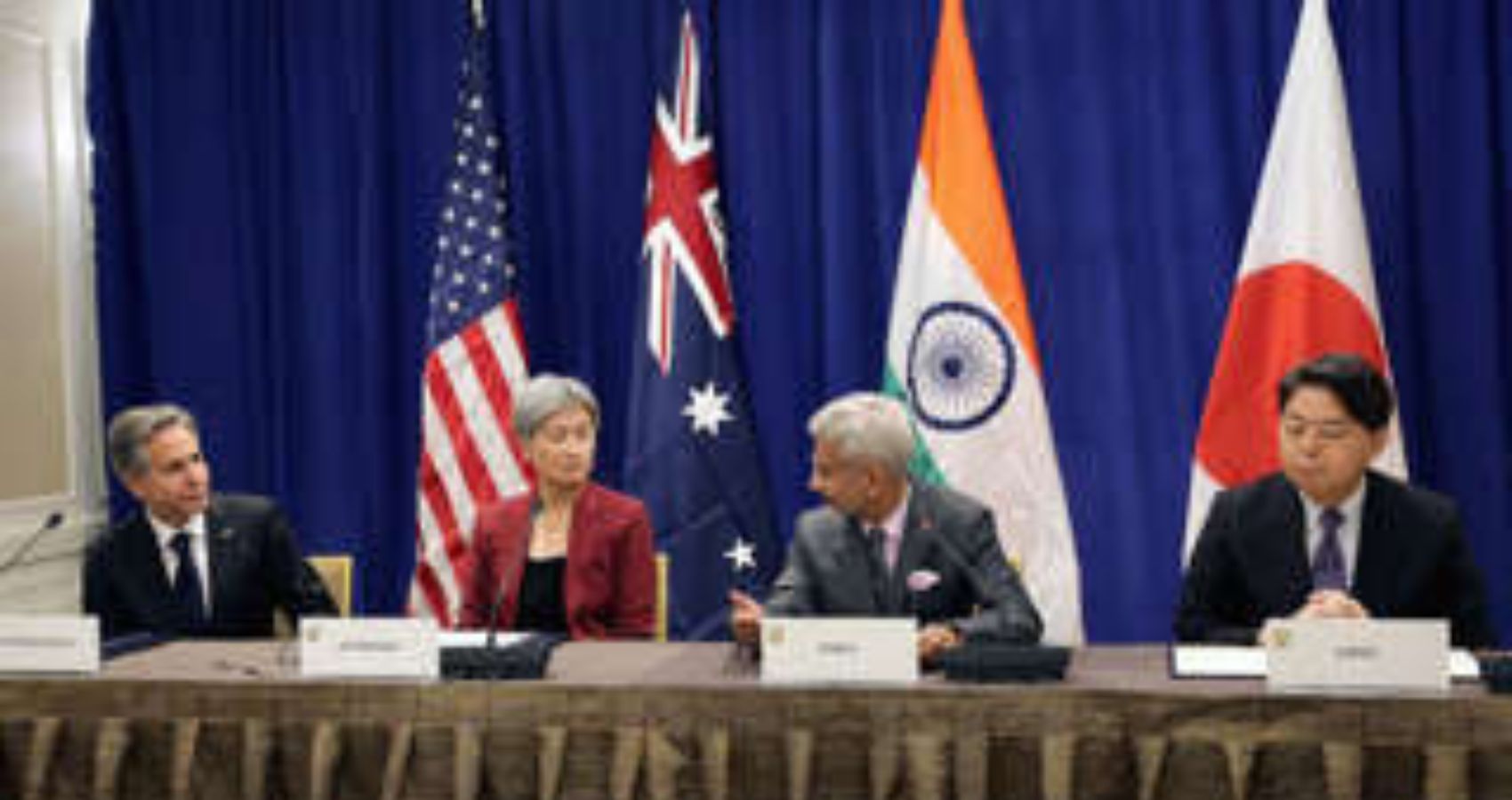 United States on Friday, Sept. 23, 2022, hosted a ministerial meeting of The Quad grouping with India, Japan and Australia, the first such meeting on the sidelines of the United Nations General Assembly (UNGA).

The leaders from the Quad countries signed the Humanitarian Assistance and Disaster Relief (HADR) partnership guidelines.

External Affairs Minister S Jaishankar, who is here on a 10-day official visit to the United States, said, “Given the turbulent times, it’s important that Quad goes further in constructive agenda that we’ve set for ourselves that we work together on the delivery of public goods, that our efforts and particularly what we’re signing today the HADR partnership which we discussed and finalized in Tokyo is extremely timely.”

He said there were other initiatives in the making, some a little further in the pipeline like STEM fellowship.

U.S. Secretary of State Antony Blinken, who lost his father overnight and is likely to rush out of New York, hosted the Quad meeting.

Blinken announced that the meeting in New York is evidence that Quad is “strong and is getting stronger”.

“Not one of us alone can do what is necessary to meet these challenges and seize these opportunities and that is the inspiration behind Quad,” Blinken told his counterparts.

“This is the first time that the foreign ministers of the Quad nations got together at the UNGA so my hope is that it will be held as a regular feature at the meetings,” Blinken added.

Australian Foreign Minister Penny Wong talked about Australia’s commitment to a free and open Indo-Pacific that is inclusive and resilient.

“Quad is a forum committed to bringing tangible benefits to the region and ensuring a region which is peaceful, stable, prosperous and where sovereignty is respected, where the countries are free to make their own choices,” Wong said.

Wong took a veiled dig at China over the country trying to dominate the Indo-Pacific and said, “No one in this room wants to see a region where countries are not able to make their sovereign choices, where any one country or any one perspective dominates.”

The Indo-Pacific region is being reshaped economically and strategically, she asserted. “We want to represent countries to navigate this period of change together. So this is the heart of the Quad,” Wong noted.

Japan Foreign Minister Hayashi Yoshimasa highlighted the importance of Quad and, in a veiled swipe at Russia and China, referred to attempts to unilaterally change the status quo by “force”. The minister stated that free and open international order based on rule of law is under threat.

“It is extremely significant for us to demonstrate together to the international community our firm commitment to the UN charter and free and open Indo Pacific (FOIP),” the minister asserted.
“At the same time, FOIP cannot be achieved without working together with countries in the region. I am confident that the guidelines for Quad partnership on HADR here will further strengthen our collaboration to effectively respond to disasters in the Indo-Pacific region,” the minister concluded.