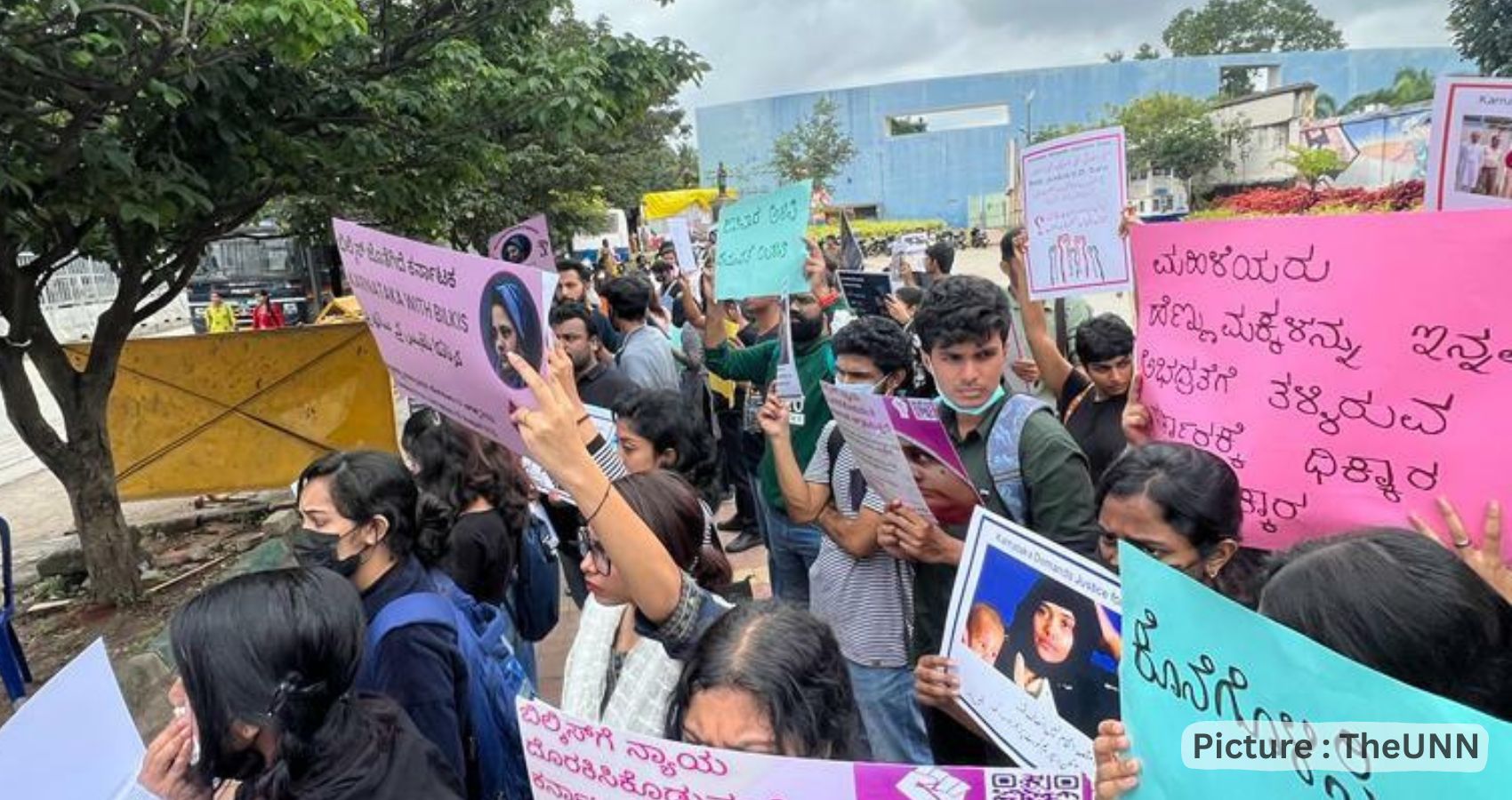 A protest rally was held against the release of the 11 rape convicts in the Bilkis Bano case from life sentence at the Freedom Park, Bengaluru on 27th August, 2022.

The culprits were sentenced to life imprisonment after the Courts found them guilty of gang-raping Bilkis Bano, a young mother at the time, during the communal riots that had killed thousands of innocent people across the Indian state of Gujarat. The 11 men were also held responsible for killing her six-year-old daughter, reportedly “smashing” the girl to the ground, and hacking to death several members of Bano’s family.

The 11 persons convicted in the 2002 Bilkis Bano rape case walked out of the Godhra sub-jail under the Gujarat government’s remission policy. According to reports, senior state officials told news agencies that they were considered for release from life imprisonment as the convicts had completed 14 years in prison, which is the term given for a life sentence. 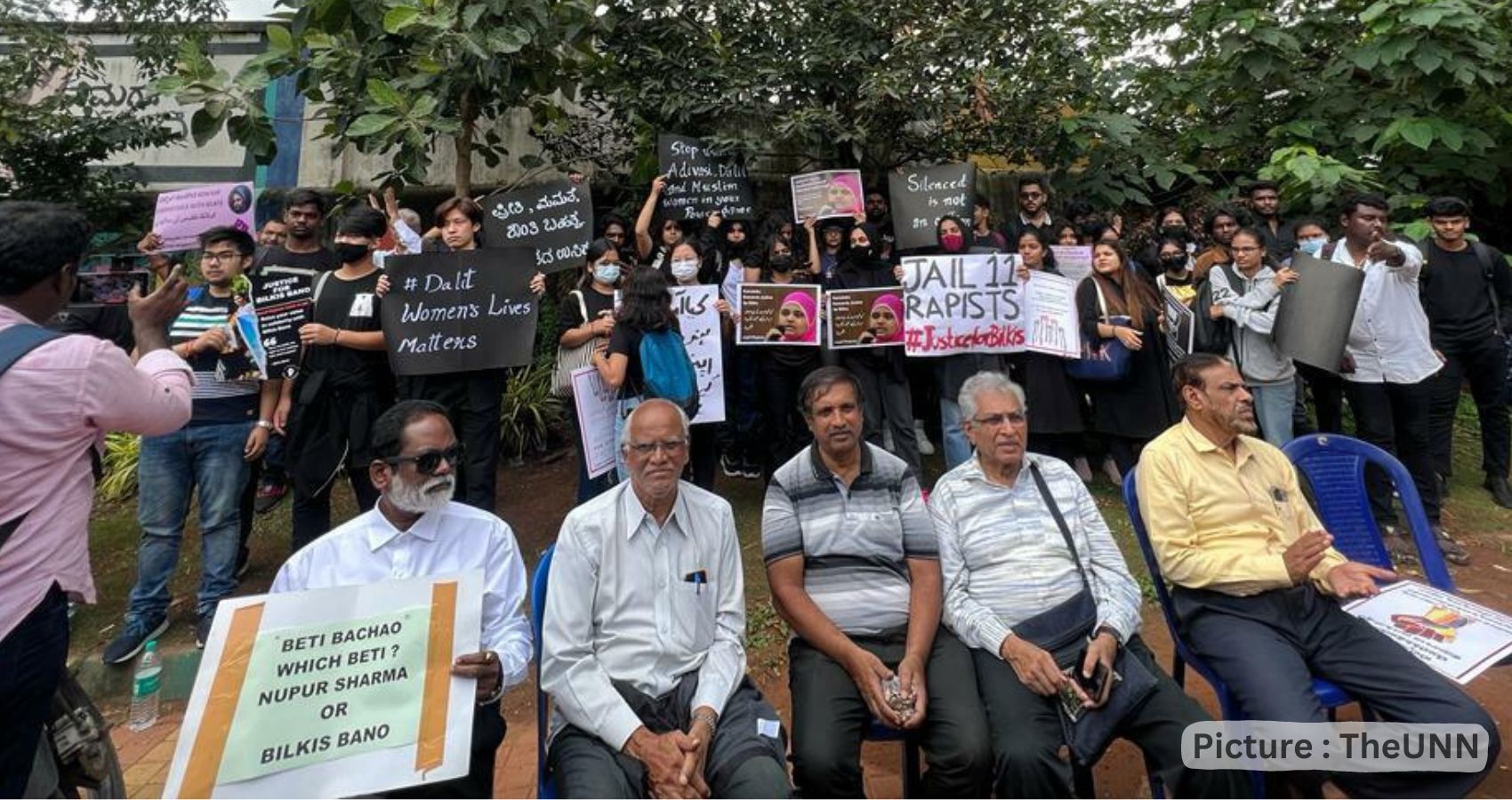 Similar protests were held across the state of Karnataka with the objective of raising awareness and seeking justice to the victims. Protesters used posters, Placards, and banners stating “Justice for Bilkis,” “Karnataka stands with Bilkis.” The rallyists also raised slogans, such as “Justice from rape: Justice from lawlessness” expressing their condemnation of setting free the convicted rapists and murderers.

A student protester from St Joseph’s University, Bangalore, Riya said, “There’s no gender or caste or religion for rapists or for someone getting raped. Political support being given to these rapists are illegal.”

K S Vimala, a member of the All India Democratic Women’s Association, (AIDWA) expressed her opposition to the government for letting these convicts go free by asking, “Why are the rapists welcomed back as war heroes” Why is the government releasing them from prison?”

The protesters raised their concerns about the safety and well-being of women in society, where rapists are treated as celebrities and declared innocent.