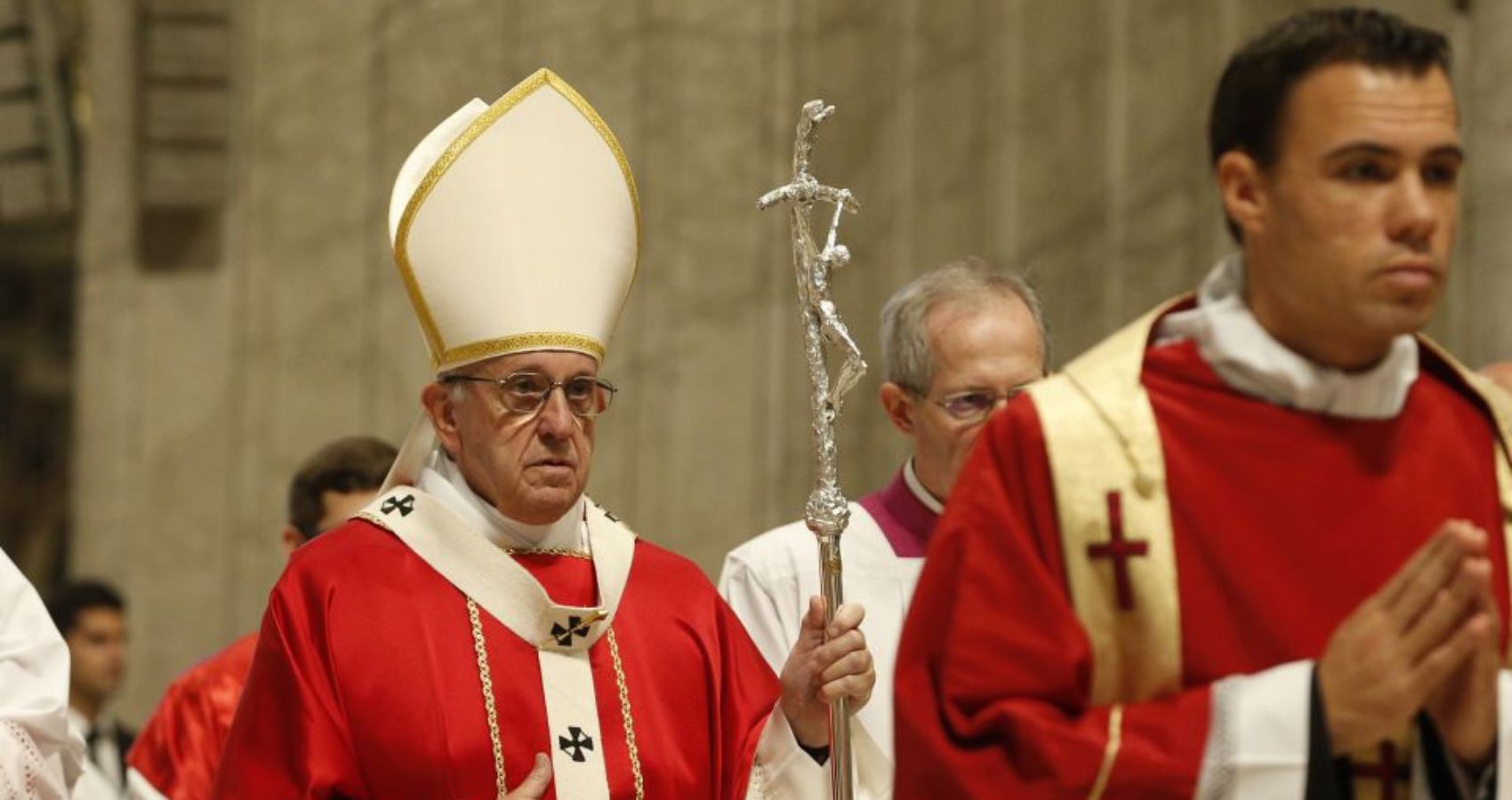 ROME (AP) — Pope Francis is commemorating the 60th anniversary of the opening of the Second Vatican Council, the landmark meetings that brought the 2,000-year-old Catholic Church into the modern era, amid continued disagreement about what the council taught that divides the faithful today.

Francis is celebrating a Mass on Tuesday in honor of St. John XXIII, who convened the council and presided over its opening sessions. Tuesday’s commemoration opens with a reading of John’s inaugural speech and ends with a re-enactment of the candle-lit procession that lit up St. Peter’s Square on the night of Oct. 11, 1962.

On that night, the “good pope” came to the window of the Apostolic Palace and delivered his famous “moonlight speech” to the thousands of people who had gathered below. Whereas pre-Vatican II popes usually spoke in formal terms, John surprised the crowd with an impromptu, pastoral speech urging the faithful to go home to their children and give them a hug and tell them “this is the caress of the pope.”

The council would last for another three years and outlive John, who died in 1963 of stomach cancer. But when it was over, council fathers had agreed to major changes in the life of the church, such as allowing Mass to be celebrated in local languages rather than Latin and strengthening the role of laity in the everyday life of the church. The council also encouraged efforts to improve relations among Christians and revolutionized the church’s relations with Jews, including the step to remove the phrase “perfidious Jews” from the liturgy.

Francis, 85, is the first pope to have been ordained after the council, and his priorities are very much inspired by it.

“Above all peace, above all the poor church,” said Vatican II historian Alberto Melloni. In a telephone interview, Melloni also pointed to Francis’ insistence on a “synodal” or decentralized church, with an emphasis on laity. The latter is clearly evident in his decision to allow laypeople, including women, to head Vatican offices and in the the two-year “synod” process in which ordinary Catholic faithful have contributed their thoughts on the life and mission of the church.

But Vatican II still very much divides the church, with progressives seeing it as a break from the past and conservatives seeing it as fully in line with church tradition and chafing at the “spirit of Vatican II” progressive read of it. Francis has in some ways exacerbated those divisions by re-imposing restrictions on the celebration of the pre-Vatican II Latin Mass.

“John XXIII did not convoke Vatican II to reinvent Catholicism,” writes church historian George Weigel in his new book “To Sanctify the World: The Vital Legacy of Vatican II.”

“As he put it in his opening address, the council’s ‘greatest concern’ must be the more effective presentation of Catholic truth in full” through a new language and vocabulary that could be understood in the modern world, Weigel wrote in excerpts recently published in the Wall Street Journal.

Vatican II coincided with the Cuban Missile Crisis, when the United States and Russia came as close as they ever had to nuclear war. Looking ahead to Tuesday’s anniversary of Vatican II, Francis noted over the weekend that Russia is threatening to use its nuclear arsenal in its war in Ukraine.

“Why can’t we learn from history?” Francis asked. “Even in those times, there was grave conflict and tensions, but they chose the path of peace.”

The Board of Control for Cricket in India (BCCI). India’s 1983 Cricket World Cup winning hero Roger Binny is likely to replace Sourav Ganguly as the BCCI president when the Board holds its annual general meeting on October 18. Binny filed his nomination for the presidential election on Tuesday. After hectic parleys and back-channel discussions over the past week, it was decided that the 67-year-old from Bengaluru would be the 36th Board president, a source familiar with the development said. Binny has previously served as a member of the BCCI selection committee. He is currently president of Karnataka State Cricket Association. Jay Shah, son of Union Home Minister Amit Shah, will continue as BCCI secretary for his second term. Shah is, however, expected to replace Ganguly as India’s representative at the ICC Board. Rajiv Shukla is likely to continue as the BCCI vice-president. Ganguly is tipped to be India’s representative for the 16-member International Cricket Council (ICC) Board chairman’s post, elections for which are slated to be held in November. More here