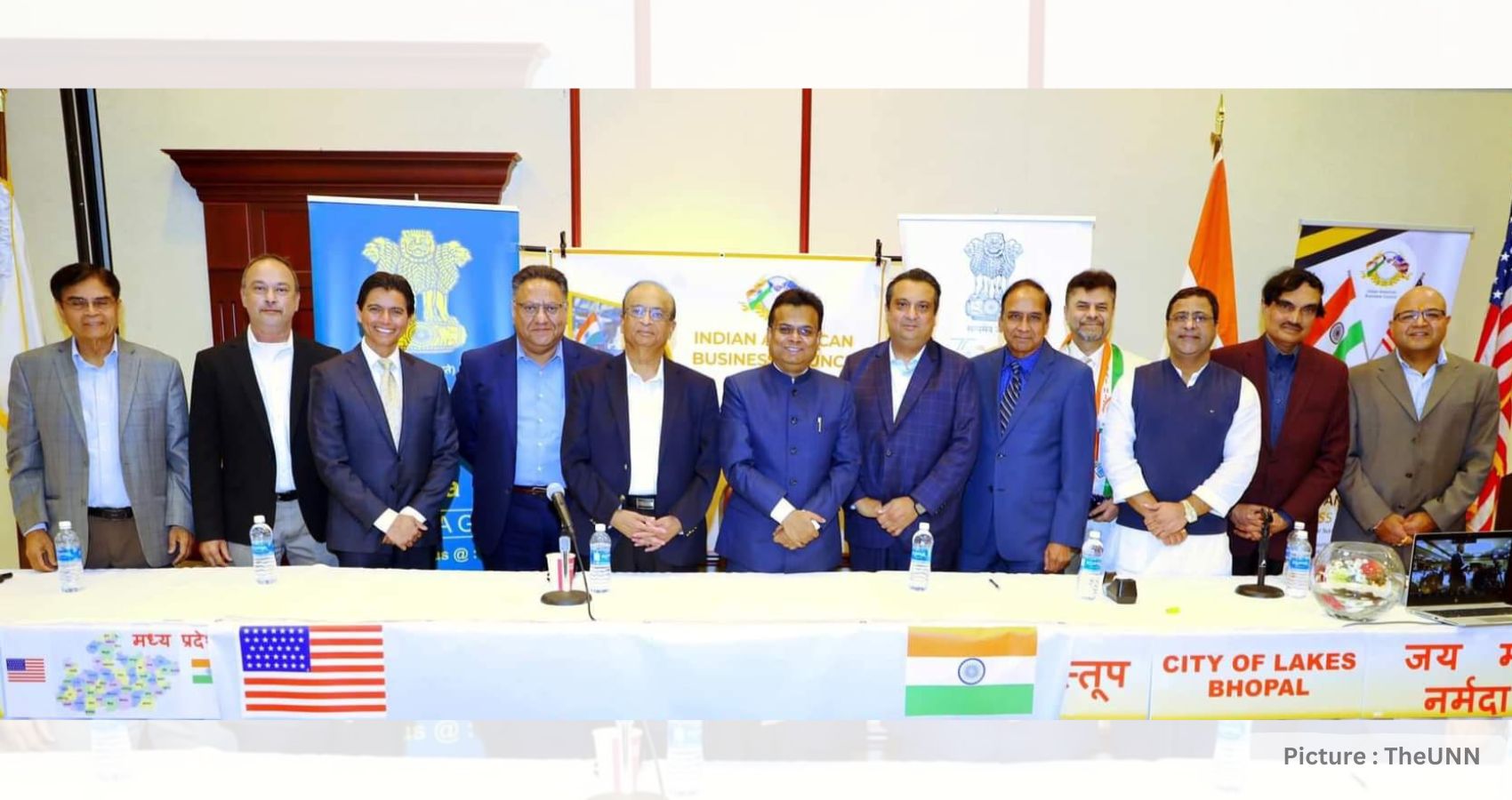 Indian American Business Council [IABC] in collaboration with the office of the Consulate General of India under the leadership of Ambassador Somnath Ghosh held Pravasi Bharatiya Divas Promotional Community Meet & Reception with the express purpose of mobilizing robust representation and participation of the Indian diaspora from the Chicagoland area held at the Marriot Northwest in Hoffman Estate, Illinois. This promotional community meet attracted 20 community organizations who have stepped up to showcase enthusiastic support and interest in participating at the Pravasi Bharatiya Divas to be held in Indore City, India from January 8-10, 2023.

Earlier, Ajeet Singh, President of Indian American Business Council in his welcome address explained that it is our collective mission to ensure substantial representation of Indian Americans from Illinois at PBD.

Ajeet Singh thanked and acknowledged each of the twenty community organizations for their fervent support and particularly thanked Ambassador Somnath Ghosh and acknowledged Amarbir Ghoman and Harry Ghoman for graciously opening their magnificent Marriot facility to showcase Pravasi Bharatiya Divas event. Ajeet Singh announced IABC will host the ‘Global India Conclave’ in July 2023 in Chicago that will celebrate the magnificent transformational story of India and the sizeable contributions made by the Indian diaspora in India’s march towards global eminence.

Dr. Bharat Barai, prominent leader who was a recipient of Pravasi Bharatiya Divas Award from the then President of India – in his remarks – presented an overview and how Pravasi Bharatiya Divas meet has evolved since its inception. Dr. Bharat Barai passionately advocated Indian Americans to attend and participate at the NRI Divas to engage in a conversation that seeks to bring about meaningful outcomes.

Dr. Sreenivas Reddy, Chairman of Illinois Medical Board and a leading Vascular/Interventional Radiologist highlighted the noteworthy role and the contributions of the Indian diaspora in nation rebuilding especially during the pandemic.  Dr. Sreenivas Reddy thanked Consul General Somnath Ghosh for his spirited efforts in galvanizing the community to appraise the significance of participation at the Pravasi Bharatiya Divas and add that the year 2023 is a momentous year with Pravasi Bharatiya Divas, The Global India Conclave in Chicago, Global Peace Festival with Shree Shree Ravi Shankar ji and the G20 Summit in New Delhi.

Earlier, Mr. Amarbir Ghoman, CEO of the Marriot Northwest welcomed the guests and said he is deepy honored to be the host for this important PBD promotional reception.

Indore City Mayor Shri. Pushyamitra Bhargav came on ‘live’ and addressed the gathering and said a historic welcome awaits the Indian diaspora at the PBD meet in his city which he said bears a rich history and rapid industrialization, Indore is famously known for its hospitable people, magnificent palaces and temples, street food, night markets, and more and added it is becoming a preferred destination.  Kailash Vijayvargiya former Mayor of Indore and National General Secretary of BJP party also joined in inviting Indian Americans to join in him at PBD meet.

FIA Chairman Sunil Shah in his introductory remarks said that Federation of Indian Associations are excited to be a part of Pravasi Bharatiya Divas promotional event and said under the aegis of FIA we will mobilize good representation at the Pravasi Divas in Indore, India.

Anand Tiwari of Madhya Pradesh association made a power point presentation that exhibited the evolving beauty of Indore City and how it is rapidly transforming to be the ‘Silicon Valley of the Madhya [middle] Pradesh.

Keerthi Kumar Ravoori, Chair of Indian American Business Council served as the moderator for the event. Dr. Vemuri Murthy of Chicago Medical Society spoke at the event. Vinesh Virani, Executive Vice President of IABC proposed a vote of thanks and especially acknowledge Consular officers Vinod Gautham, Ranjit Singh and TD Bhutiya and others.